The College of Staten Island (CSI) will recognize 2,368 degree candidates at the college’s 30th annual commencement exercise on Thursday, June 1st at 10 a.m, rain or shine on the Great Lawn of the Willowbrook campus. The graduating class includes master, baccalaureate, and associate degree candidates, as well as Graduate Advanced Certificates.

This year, New York State Senator John J. Marchi, a native Staten Islander, receives an Honorary Doctor of Laws degree, for his lifelong endeavors to improve the quality of life for everyone in the borough.

Commencement speakers include Dr. Vishakha N. Desai, the first woman and first Asian-American to become president of the Asia Society, a nonprofit institution founded in 1956 by John D. Rockefeller III to foster understanding between Asia and the United States, and Mr. David Randolph, the conductor of The St. Cecilia Chorus and Orchestra since 1965.

Senator Marchi has served the people of Staten Island as a State Senator since 1957, and was officially recognized by the National Conference of State Legislatures as the longest serving legislator, at all levels, in the United States.

“He is a lifelong proponent of education, from kindergarten through graduate school,” commented Marlene Springer, president of CSI, “and through his tireless efforts, helped relocate the college to its beautiful Willowbrook campus.”

“Senator Marchi’s advocacy for CSI does not stop there,” Springer continued. “Throughout the years, he has ensured that CSI received the funding that it needed to improve its services, expand its course offerings, and conduct crucial research. He is responsible for advancing legislation that succeeded in closing the Fresh Kills Landfill, and headed the Senate Task Force on World Trade Center Recovery. His commitment to our community extends beyond his legislative role, thanks to his membership in a wide variety of religious, veterans, professional, and civic organizations. I also value him as a warm personal friend.”

Dr. Desai is recognized as supervising the Asia Society’s $40 million renovation of its New York City headquarters, a move that has greatly expanded the Society’s reach, improved its programming, and increased its funding. She is a widely published scholar; was a curator of Indian, Southeast Asian, and Islamic Art at the Museum of Fine Arts in Boston; and has taught at the University of Massachusetts, Boston University, and Columbia University. She is currently on the boards of the Brookings Institution, Citizens for NYC, and the New York City Advisory Commission for Cultural Affairs.

Mr. Randolph, a born and bred New Yorker, was previously a music specialist for the U.S. Office of War Information and a Music Annotator for the Columbia Broadcasting System, writing broadcast scripts for all classical music programs aired on the CBS network, including concerts by the New York Philharmonic. He is author of the book This Is Music, which was described by The New York Times as one of “…the best of the year.” As conductor of Handel’s “Messiah,” he has performed this masterwork a record 172 times, making these concerts a seasonal tradition in New York City, enthralling sold-out audiences throughout the years.

“We are honored that Dr. Desai and Mr. Randolph, two accomplished and visionary leaders of our city, will bring commencement greetings to our graduating class this year,” commented Springer.

Representing an alumni association with more than 50,000 members and five regional councils, Christopher Loiacono, class of 1988 and a partner in the accounting firm of Eisner & Company will also address the gathering.

The student speaker is Svetlana Rabinovich; whose driving force to become a physician is “a fervent passion to help people.” While attending high school in Brooklyn, she volunteered her time as an interpreter for patients at Maimonides, using the language skills that she acquired in her native Uzbekistan, a former Soviet Union republic. Working closely with doctors and other medical personnel, she “began to appreciate the amount of dedication, patience, and intelligence it takes for one to be a good physician.” Her desire to help others intensified when she volunteered her time at an after-school program helping children with their homework.

As a CUNY Honor’s College student at CSI, she pursued a double major in Biochemistry and Chemistry with an overall Grade Point Average (GPA) of 3.9 out of 4.0. She has received the Chancellor’s Academic Award in Excellence, a Goldsmith Scholarship, and spends 20+ hours per week of her free time in CSI’s Biological/Chemical Sciences Building conducting research.

She is a cofounder of Project Fresh Youth Involvement, the former president of the CSI Pre-Medical Society, a class representative for the CUNY Honors College Student Council, and has served as a co-chairperson for the Honors College Class of 2006 Convocation Committee. She was recently named a Salk Scholar for her contributions to the field of peptide chemistry, citing her mentor, Dr. Fred Naider, a Distinguished Professor of Chemistry, as a key element to her success.

Noting that her “whole life surrounds CSI,” Rabinovich says that her enthusiastic commitment to her studies at CSI has paid off with an early admission to Downstate Medical School.

“I am always proud to hear about the lives and accomplishments of our alumni,” said President Springer, “and I am inspired by the galvanizing determination of our students as they discuss their education and goals. Commencement is yet another step forward in their continuing journey of improving their lives, careers, and ultimately, the world.”

The College of Staten Island is a senior college of The City University of New York, the nation’s leading urban university. CSI offers 36 academic programs, 20 graduate degree programs, and challenging doctoral programs to 12,600 students. The 204-acre landscape campus of CSI, the largest in NYC, is fully accessible and contains an advanced, networked infrastructure to support technology-based teaching, learning, and research. For more information, visit www.csi.cuny.edu.

EDITOR’S NOTE: If you plan to attend or send a representative, you must contact Ken Bach at (718) 982-2328 to arrange access and parking. 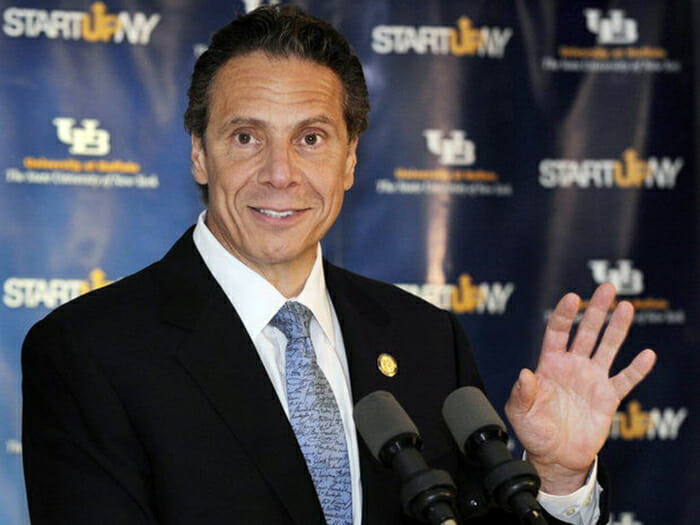