CSI Observatory Looks to the Stars and Makes Some Discoveries, Students Tracking Asteroids and Comets

Watch out storm chasers…the asteroid trackers are here. There are currently several major observatories in the world that are making the most of new discoveries and the College of Staten Island (CSI) is among them. Recently, CSI Professor Irving Robbins was given credit by the International Astronomical Union (the world’s governing body in astronomy) for the discovery of two new minor planets using a new strategy that led him to the findings, beating major observatories typically located in high elevations.

Professor Robbins now has the honor of naming the minor planets. Currently they have temporary names of 2009 VH24 and 2009 XN07, which are coded names containing the date of discovery. In the future Professor Robbins has in mind names that have more personal significance such as “Staten Island”; “Dana,” his girlfriend; “Isen,” “Davy,” and “Zeav,” his children; and even “Freda,” his former wife of 37 years.

CSI students, along with Professor Robbins, have made themselves an integral part of the world-wide efforts to measure asteroid data, which is used to track Potentially Hazardous Asteroids (PHA). Scientists have calculated that there is a possibility of Earth being hit by a PHA within the next 100 years and this threat keeps astronomers looking to the stars for clues.

Students and faculty are also able to search for and track these objects with new robotic telescopes located around the world. The use of these large telescope in the mountains of Arizona and one in the deserts of Australia enables them to track objects that can be almost ten or more times as dim as those that can be observed from the CSI Observatory.

Even before they employed these robotic telescopes, CSI scientists have tracked and correctly measured several hundred potentially dangerous NEOs (Near Earth objects) and Main Belt asteroids. On four occasions CSI reported the discovery of new NEOs. Unfortunately, other observatories, located in darker skies like Australia, New Mexico, and Arizona, were able to report their findings first by mere hours. However, with the use of the robotic telescopes CSI researchers can now compete and make their own discoveries.

CSI’s Astrophysical Observatory, located at the only public college on Staten Island, supports the College in its efforts to make accessible to its students, as well as the residents of the Island and neighboring metropolitan areas, an active, dedicated, ongoing educational opportunity that speaks to possibilities of the future, the inherent questions of our past, and the environmental needs of the present.

Public viewings at the Observatory are scheduled throughout the year, weather conditions permitting. 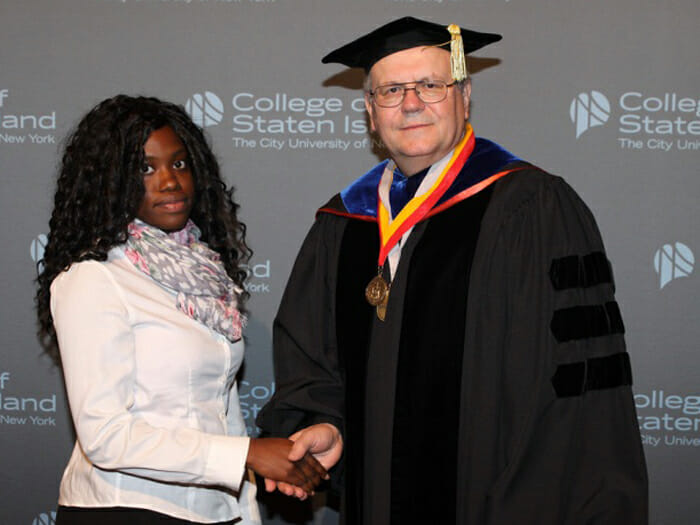