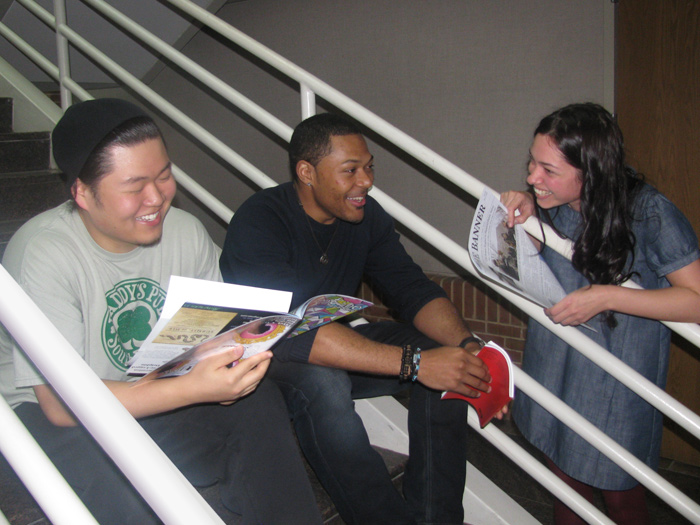 The Center for Student Accessibility at CSI provides services to a wide variety of students.

There were 12 students and 12 stories, and although the stage in the Center for the Arts Lecture Hall on April 5 appeared to hold very different individuals, there was a very common thread that linked them. The students all have a disability.

From Ryan LaMarche, a student with Asperger’s Syndrome, to Sean Thatcher, a student who is quadriplegic, to Marybeth Melendez, a graduate student who is blind, high-achieving students with disabilities presented their different, compelling, and candid stories at the annual Center for Student Accessibility (CSA) “My Story” event.

It was standing room only as brave students with disabilities presented their stories of challenge and triumph in college and in life to an audience of more than 150 students, faculty, staff, friends, and family. The presentation served as the kick-off event for CUNY Disability Awareness Month and is one of 15 events that the CSA is sponsoring in honor of the Month.

Organized by CSA Director Chris Cruz Cullari and Assistant Director Sara Paul, “My Story” is one of the biggest and most significant events that the Center coordinates. The purpose of the annual event is to both educate individuals with and without disabilities and to diffuse some of the stereotypes surrounding college students with disabilities.

“People see that I’m in a wheelchair, and suddenly they start speaking really slowly, as if I cannot understand simple English,” remarked Thatcher, a CSI student with a 4.0 GPA. “When this happens, I usually throw a bunch of big, fancy words in a sentence and then they realize that they were being insensitive.”

Thatcher was injured in June 2009 at Swartswood Lake in New Jersey when he lunged into a lake and fractured his C4, C5, and C6 vertebras leaving him a quadriplegic. The lake was thoroughly examined with no discovery of a rock or other object that he could have hit. It is hypothesized that he hit something moving, like a turtle. While the accident was devastating for a young man in college, Thatcher continued to pursue his education and now also serves as a tutor in the CSA Tutoring Institute.

His story and the stories of his peers moved and captivated audience members, many of whom left with very different ideas of what it means to be a college student with a disability.

“I learned a lot, and the students on stage really made me think about how I view people with disabilities,” commented audience member, Cynthia Schaffer.

Other CSI student panelists included Melendez; LaMarche; Ying Yu, with a physical disability called spondylolisthesis; George Vega, another graduate student with Multiple Sclerosis; Brigette Jara, who is deaf; Chris Williams, who is an amputee; Stephanie Pietropaolo, who has cerebral palsy and a learning disability; Michael Anselmi, who has Marfan’s Syndrome; Maria Palazzo, who is hard of hearing; Nick Pucciarelli, who is deaf; and Danny Bocchiccio, who is dyslexic.

“It’s important to note that, for example, a college student with a learning disability diagnosis has at least average intelligence and in many cases superior intelligence,” noted Cruz Cullari.  “The accomplishments of these particular students on stage today are truly commendable.”

CSI Today will continue to profile “My Story” panelists in the upcoming months.  The Center for Student Accessibility is a part of the Division of Student Affairs. 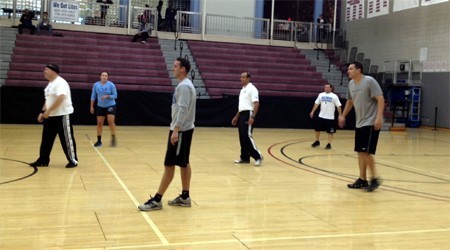 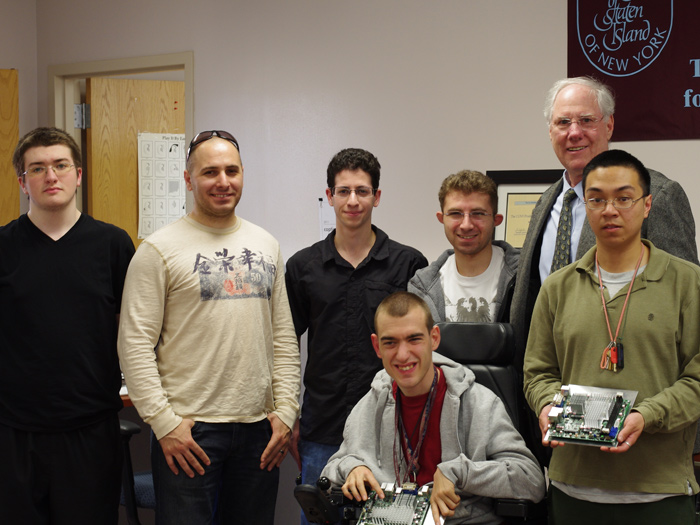