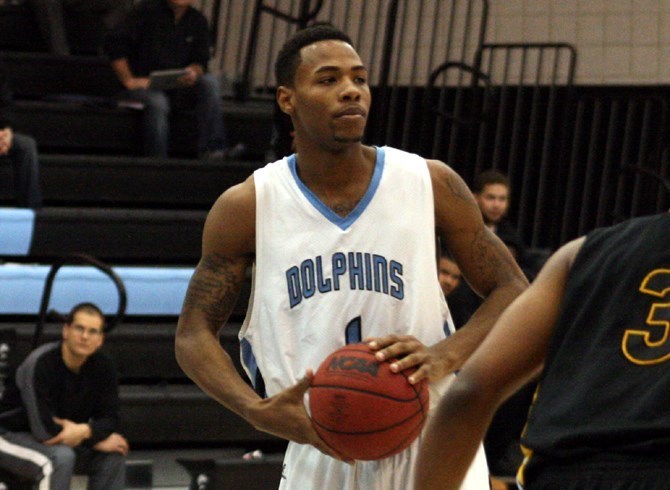 The College of Staten Island men’s basketball squad overturned a double-digit deficit to score a 78-67 win over John Jay College, locking up the CUNYAC Regular Season Championship in a conference tilt played at the Doghouse in Manhattan this evening.  CSI won for the 19th-straight time, tying an all-time program record set in 2011-12, sweeping the season series with the Bloodhounds.  The Dolphins improved to 20-2 overall and 13-0 in the CUNYAC, while the Bloodhounds dipped to 8-12, 6-6, respectively.  The win insured at least a tie for first place with York College at season’s end for the Dolphins, but CSI clinches the title based on having won the head-to-head series with the Cardinals.

The final score may say otherwise, but CSI did have a very tough time locking things up tonight.  For one, the Bloodhounds led wire-to-wire in the game’s first half, as Kris Owens opened up the scoring with a three-ball and the Bloodhounds proved stingy from there.  At 14:20, CSI’s Matt Van Manen tied the game in the early stages at 9-9, but another Owens three gave the Bloodhounds the edge that they never relinquished.

Every time CSI tried to charge, JJC had an answer, the biggest coming at the midway point of the first half.  CSI’s Javon Cox drove the lane for a power lay-up to cut the JJC lead to 18-15, but from there, the Bloodhounds scored the next seven points, opening up a 25-15 lead over the Dolphins at the 8:38 mark.  After the Dolphins cut the lead to six, JJC went up again by 10 at 3:09, again on an Owens three-ball, part of his four on the night.

CSI needed a surge, and responded.  The Dolphins would hold JJC to just three shots the rest of the way, all misses, and forced three turnovers, while scoring the final six points of the half to close to 36-32 at halftime.

The momentum to end the first half carried over into the second for the Dolphins, as CSI cut the JJC lead down to one on a three-point play by Cox just 34 seconds into the frame.  Then, after a Bloodhounds pair of free-throws, CSI ripped of a 13-0 run over the next six minutes to take an improbable 49-38 advantage.  Thankfully for the Bloodhounds, CSI got a little cold from there, as it wasn’t until the 9:53 mark of the second half that JJC made its first field goal in 13:16, cutting the CSI lead to 51-43, ending a 0-14 shooting stretch over that same period of time.

Leading the charge for the Dolphins was Javon Cox, who unloaded a monster 27-point, 16-rebound performance, both season-highs.  Jonathan Chadwick-Myers and Magloire both added 16 points in the win.  Owens finished with 25 points and seven rebounds for JJC.

The regular season championship insures the Dolphins of the No. 1 seed for the third-straight year in the CUNYAC Postseason Championship Tournament, which begins on February 22.  CSI will next play Hunter College this coming Tuesday, February 11, at 5:30pm at the Sports & Recreation Center. 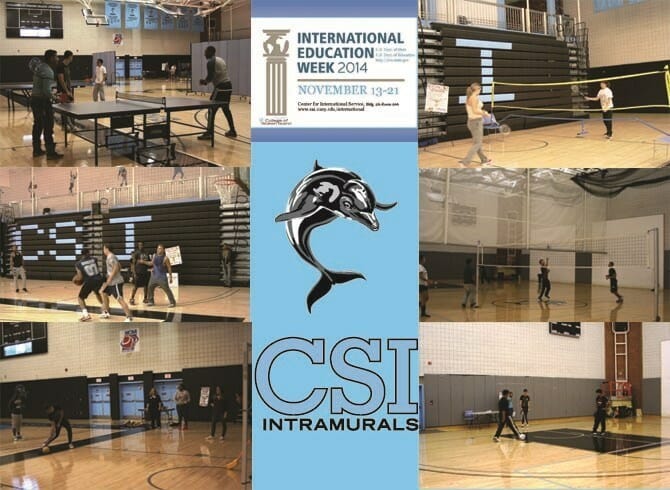 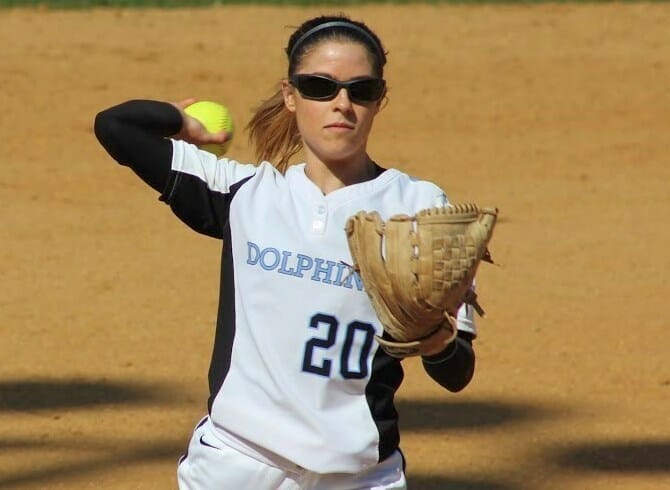