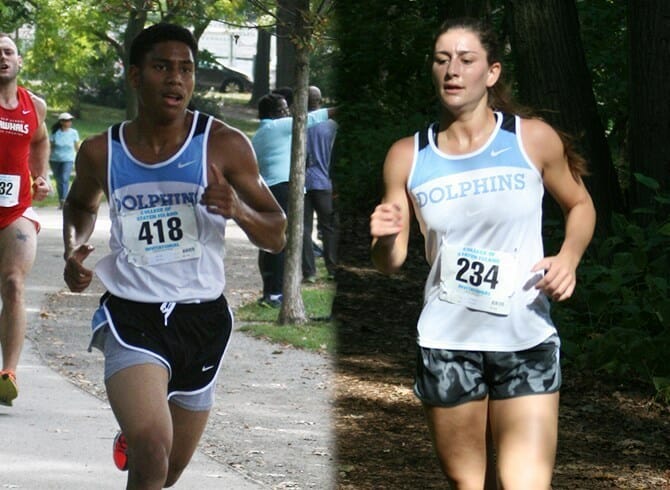 The College of Staten Island men’s and women’s cross country teams enjoyed one of their finest outings in 2014 and they will return in 2015 ready to take the course leading to more fanfare.  This year’s slate of games features six invitationals leading up to three postseason events, all of which CSI will look to score high marks in.

The season will start on Labor Day weekend, where the Dolphins will travel to the familiar confines of Van Cortlandt Park in the Bronx, NY, for the Baruch College Invitational.  A week later, the show continues on Staten Island, where CSI will host its annual 5k Invitational at Clove Lakes Park.  To finalize September, the team will go to their third different venue in as many weeks, when they travel to Annandale-on-Hudson for the Bard College Invitational.

In October, CSI will be at Van Cortlandt again for both the York College and City College of New York meets before a trip to Sunken Meadow Park on October 18 for the St. Joseph’s College (LI) Invitational.  That will mark their final tune-up before the CUNYAC Championship on October 25.

The CSI men’s unit repeated as CUNYAC champs a year ago, while the CSI women boasted three all-stars en route to a second-place faring, their highest finish in program history.  After the CUNYAC Championship, CSI will finalize its season on the first two weekends in November for the ECAC Division III and the NCAA Division III Regional Championships.  The ECAC run will be held in North Adams, MA, hosted by Williams College, while the NCAA Regional meet will be held at SUNY-Geneseo in Castle, NY.