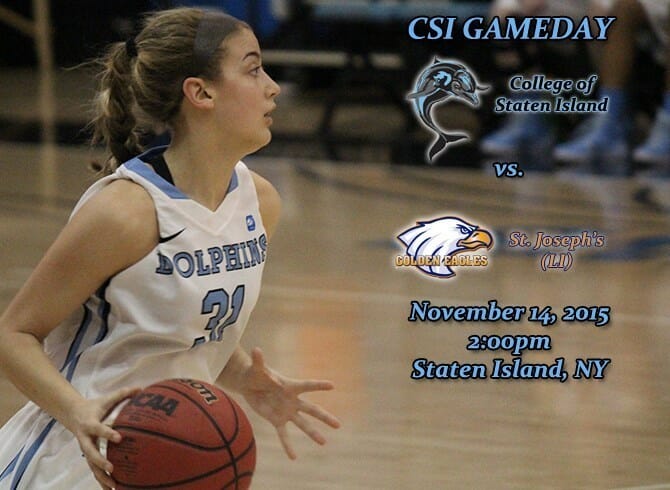 The College of Staten Island women’s basketball is ready to tip off its 2015-16 season, and will do so on its home floor today at 2:00pm when they face off against St. Joseph’s College (Long Island) as part of non-conference play.  The Dolphins boast many new faces to their roster this year, alongside a quality nucleus that is seasoned and thirsting for an advanced faring come playoff time.  The Dolphins finished 17-12 a year ago.

CSI vs. ST. JOSEPH’S COLLEGE (LI) AT-A-GLANCE
Matchup:  CSI (0-0 overall, 0-0 CUNYAC) vs. St. Joseph’s College – LI (0-0 Overall, 0-0 Skyline)
Where:  Sports & Recreation Center – 2800 Victory Boulevard, Staten Island, NY
Tip-Off:  2:00pm
Ticket Info:  $5 – General Admission / FREE – Students, Faculty, Staff, Children 3-12
Live Video:  www.csidolphins.com/CSISportsNet
Radio:  WSIA, 88.9FM
All-Time Series:  CSI leads, 4-0
Last Year’s Result:  Did Not Play
Players To Watch (CSI):  The Dolphins are returning dynamic backcourt seniors Victoria Gallinaro and Jamie Pifalo and the frontcourt presence of Alyssa Carlsen.  Look for the trio to get a good chunk of minutes today as CSI’s most experienced players.  Look for Nicole Imbesi and Nicole Vierno to also lobby for time as incoming recruits who plan on seeing plenty of action this season.
Players To Watch (SJC-LI):  SJC is returning a healthy core of their team from their 6-18 season a year ago, including leading scorer Jackie Zizzo.  Look for returning aces like Andrea Iavarone, Katie McGarrell and Michelle Lupoli to also infuse a lot of minutes to the team today.
News and Notes: The Eagles and Dolphins are renewing a rivalry that has been dormant for over a decade.  CSI won all four previous meetings that took place from 1998-2001, including two at the Sports & Recreation Center.  In 2001, CSI defeated SJC, 98-41 the last time the last time out.  The Dolphins are 17-17 all-time in opening games of the season and are 21-13 all-time in home openers.  CSI went 9-0 last season when scoring more than 70 points in a game.  In their history, CSI has averaged 83.3 points against the Eagles. 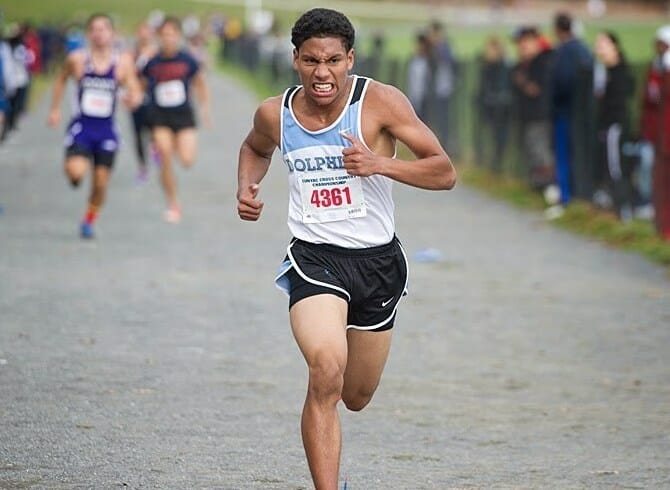