BROOKLYN BOUNCES CSI FROM TOURNEY WITH 76-70 LOSS IN SEMIFINALS 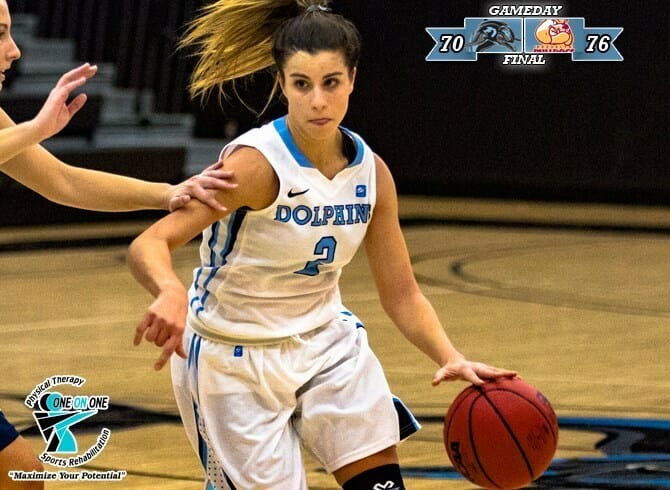 The College of Staten Island women’s basketball team saw their quest for a CUNYAC Championship thwarted tonight, falling to No. 2 Brooklyn College, 76-70, at the Nat Holman Gymnasium at City College of New York as part of the 2016 CUNYAC / Army ROTC Postseason Championship Tournament Semifinal Round. The Dolphins fell to 18-8 with the loss and will await word on a possible ECAC postseason berth, while the Bulldogs will square off with Lehman College for the CUNYAC Championship on Friday evening.

Both teams have long been used to playing defensive basketball, and it was quite the same tonight, as the Dolphins were held to just a 32.3% shooting clip for the evening, while BC was able to post just over 40%, but it was the Bulldogs’ dominance on the boards that was the difference, as CSI was out-rebounded 54-27, a mark that included a 25-13 advantage on the offensive glass. The results were a lot of second and third chance opportunities for the Bulldogs; opportunities that proved to be the difference.

In a see-saw first half, the Dolphins took a one-point lead into the locker room at intermission. Brooklyn skated to an early 9-2 lead over the first 3:30, before CSI hit their first field goal, a three by Samantha Flecker to cut into the lead. Over the next three minutes the Dolphins completed their 10-0 run, taking the lead on a Christina Pasaturo three that made it 12-9. The teams traded buckets from there, with CSI taking an 18-15 lead at the end of the first stanza.

Much like their start in the first quarter, CSI again struggled to find the bottom of the net in the second quarter. CSI misfired on their first five shots and committed two turnovers, as BC worked up a 20-18 edge scoring on a pair of second-chance baskets by Olivia Colbert and Karen Mak, who drained a three. Another Mak lay-up four minutes later gave BC a modest four-point edge at 24-20, but CSI then erupted for a 12-4 run, powered by two Victoria Gallinaro three’s and another by Flecker to score a 32-28 edge. An Alexandra Moogan three for BC right before half however made the score 32-31 at the break.

CSI looked crisp coming out of the locker room, working up a six point lead thanks to a Rosa Perone lay-up. Perone, however, like teammates Jamie Pifalo and Gallinaro was plagued with foul trouble, forcing CSI to shuffle their lineup repeatedly, a product of the game’s 50 foul calls. Jacqueline Cali came off of the bench for CSI and was a spark, but after two free throws by the freshman made it 43-39 CSI with just 3:42 to go, BC made a great closing run. The Bulldogs would finish the stanza 3-3 from the field with a pair of three’s from Taylor Gallagher and Moogan, adding another five points from the charity stripe, to score a 13-3 run to close the third quarter, pulling out in front 52-46 at the end of three periods.

Brooklyn’s lead would elevate to eight on a lay-up by Colbert before CSI started to chip away and before long, the Dolphins whittled the lead down. In a recurring theme, however, CSI could not get over the hump. On five different occasions the Dolphins cut the lead to two and twice CSI cut the lead to one, but each time the Bulldogs had a response.

At 7:44 left, a Flecker lay-up cut the lead to 55-53, and the Dolphins had three straight possessions to tie or take the lead but turned the ball over. Later, down 63-62 with 2:52 to go, BC was able to cash in thanks to three offensive rebounds that helped BC knock 50 seconds of possession time off of the clock before a Colbert lay-up put the Bulldogs back up by three. Down to a final gasp, a three-point play by Pasaturo with 25 seconds left cut the BC lead to 70-67. CSI fouled quickly and Mak missed two big freebies the other way. Driving down the floor the Dolphins couldn’t cash in, as a Pasaturo pass to Perone down low was fumbled out of bounds. From there, Brooklyn nailed six consecutive free-throws to put the game on ice.

CSI was led by Pasaturo’s 23 points, adding five assists. Flecker posted 16 with a team-high 8 rebounds. Gallinaro tallied 11 points and Angelique Price posted 10 before both fouled out. Jamie Pifalo also fouled out after just 21 minutes on the floor, and Perone would finish with four fouls having only played 15 minutes. Brooklyn’s Colbert and Mak each shared 18 points with Colbert adding 17 rebounds, eight shy of CSI’s entire squad. Gallagher added 15 points and five rebounds. CSI was a plus-six in turnovers (13/19) and both teams enjoyed plenty of free throw shooting, with CSI posting 18-of-27 from the line (67%) and BC struggling at times to a 17-of-30 mark (57%).

CSI dropped to 1-4 all-time against Brooklyn in the CUNYAC Tournament, with all four losses coming over the past six years. CSI had their five-game win streak snapped, while Brooklyn powered to their sixth win in a row. The Bulldogs will face off with top-seeded Lehman, who managed to pull away from No. 4 CCNY early in the second half to punch their ticket to the Final. The Dolphins will await word on a potential berth into the ECAC Metro NY/NJ Postseason Championship Tournament. The draw for that will take place on the afternoon of Monday, February 29. 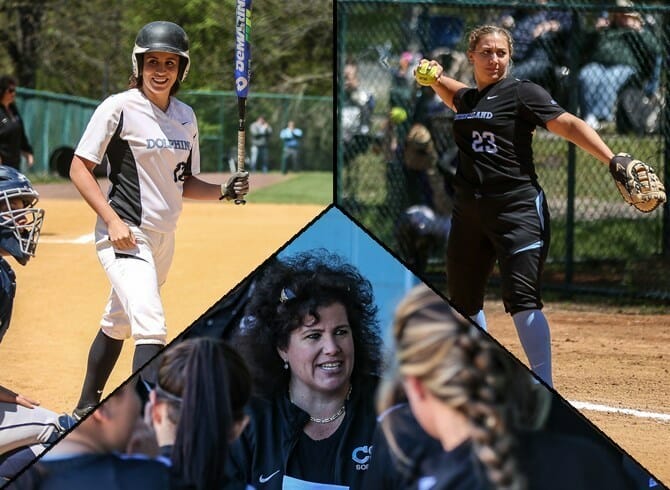 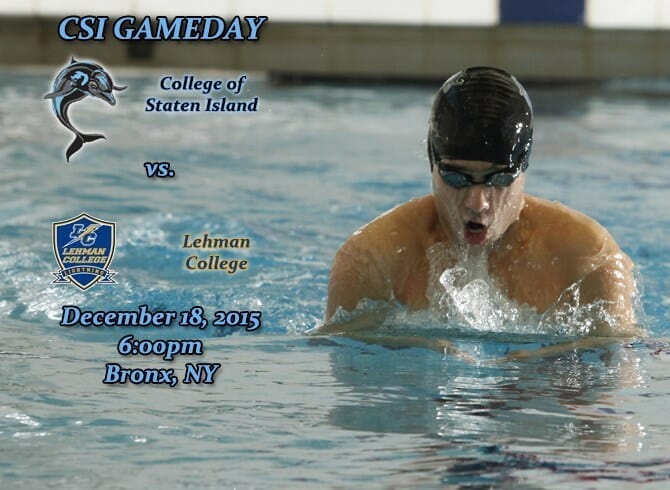