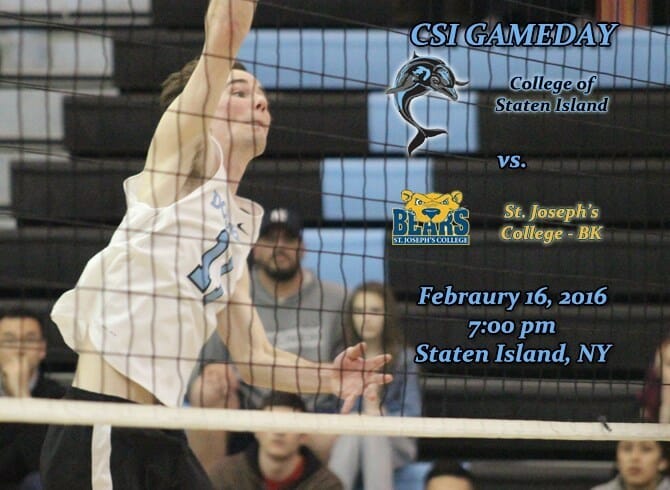 The College of Staten Island men’s volleyball squad picked up their first two wins of the season yesterday in a CUNYAC multi-match at John Jay College.  The first match the men swept Medgar Evers College 3-0 while it took all five sets for the Dolphins to come back and defeat Brooklyn College, 3-2.  Tonight the men will take on non-conference opponents St. Joseph’s College- Brooklyn at 7:00 PM at the CSI Sports & Recreation Center.

CSI vs. ST. JOSEPH’S COLLEGE – BK  AT-A-GLANCE
Matchup:  CSI (2-5 overall, 2-3 CUNYAC) vs. St. Joseph’s College – BK  (1-3 Overall, 0-2 Skyline)
Where:  College of Staten Island, 2800 Victory Blvd, Staten Island, NY
First Serve: 7:00pm
Live Video:  www.csidolphins.com/CSISportsNet
All-Time Series: CSI is tied 1-1
Last Year’s Result:  CSI split, W 3-0, L 2-3
Players To Watch (CSI):  Justin Edwardsen leads the Dolphins with 45 kills on the year playing in all seven matches this season.  Edwardsen is an integral part of the team and Brandon Lei looks to set him up whenever he has the chance.  Lei is the Dolphins’ leading passer and has 72 assists on the year.  Danil Kukovitskiy is a wall at the net and makes it very hard for his opponents to hit the ball over the net without any competition. Kukovitskiy leads the Dolphins with 17 blocks on the year and leads the CUNYAC with blocks per game with 1.42.
Players to Watch (SJCBK):  The duo of Thomas Kennedy and Clyde Delacruz will be the attacking threats for the Bears as they have 39 and 31 kills on the year.  Kukovitskiy will need to be on his game tonight to stop both Kennedy and Delacruz at the net.  Norrin Martinez will look to set up his teammates for success in tonight’s match and leads the Bears with 90 assists on the year.
News and Notes: The Dolphins started off their season on a five match losing skid and since then have won two in a row. The men split matches last year against the Bears after sweeping them in the first match of this new rivalry. With their pair of wins already the Dolphins are just four wins away from tying their win amount from last season. 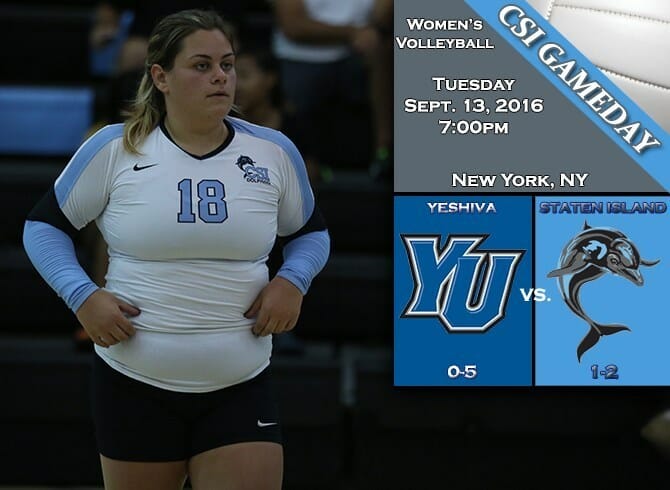 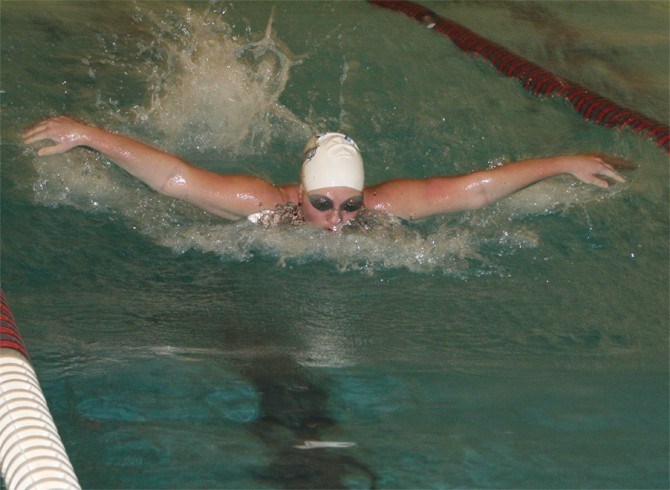 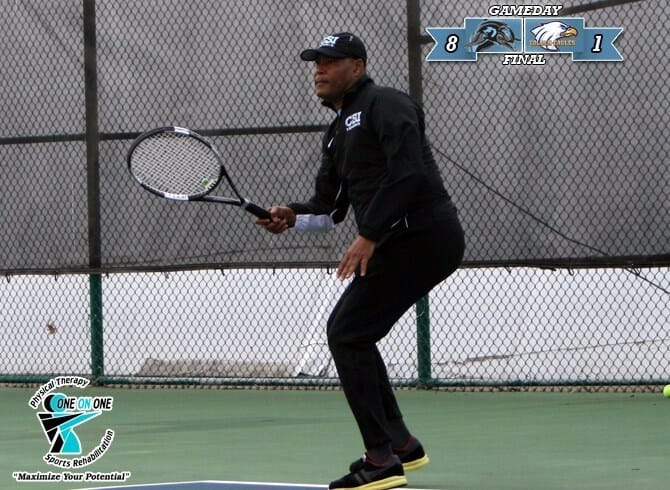