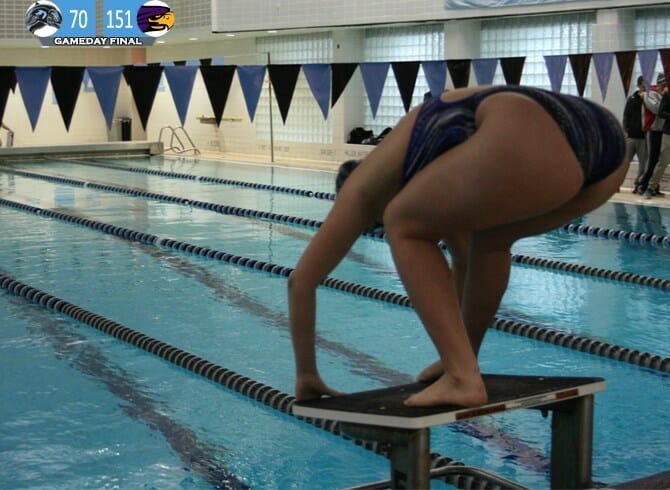 The Dolphins have now dropped four straight, two of which came against CUNYAC opponents. Ewa Wojciechowska finished first in both her individual events picking up much needed points for the Dolphins but the Hawks had the depth to outscore CSI.  Wojciechowska nearly broke the CSI pool record tonight in the 100 yard freestyle, but missed it by .4 seconds with a time of 57.71.  Naomi Gaggi was able to register a strong performance for Staten Island tonight, recording a personal best time of 5:55.96 in the 500 yard freestyle.  Gaggi’s best would prove to be the best of that race, touching the wall a full six seconds ahead of the second place finisher.

The Dolphins will return to action on Friday, November 16 where they will host Lehman College at 6:00 pm at the CSI Sports & Recreation Center.