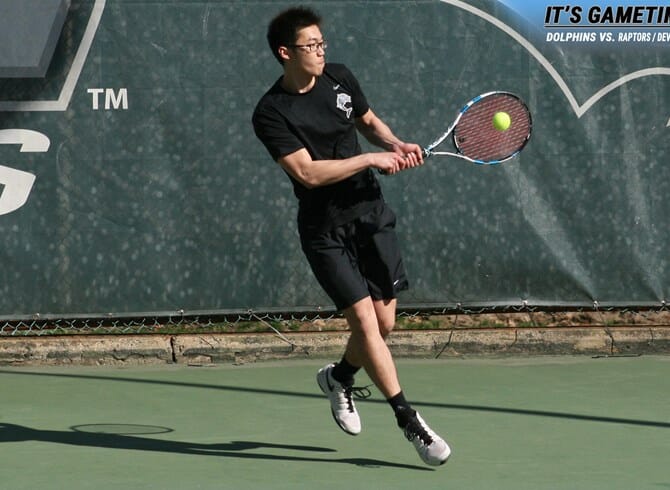 After closing out the CUNYAC portion of their season yesterday, the Dolphins will be right back on their home courts tomorrow for the official end to their regular season before the CUNYAC Tournament.  They will play two matches today, the first against Rutgers-Camden at 11am and then the second against FDU-Florham at 3pm.  Prior to the opening match, CSI will honor its two four-year seniors, Andrew Adia and Mitchel Voloshin.

CSI vs. RUTGERS-CAMDEN & FDU-FLORHAM
Matchup: College of Staten Island (7-4) vs. Rutgers-Camden (2-7) & FDU-Florham (11-2)
Where: CSI Tennis Center – 2800 Victory Boulevard, Staten Island, NY
All-Time Series:  vs. Rutgers-Camden – CSI leads 2-1 / vs. FDU-Florham – CSI leads 3-2
Players to Watch (CSI): CSI is rolling into the matches today on a two match win streak and Andrew Adia and Alex Tsui have been crisp, winning all of their sets and teaming up in doubles as well to score wins.  Adia is boasting a 6-5 overall mark with two straight wins, while Alex Tsui dons CSI’s best singles record at 7-2, a majority of that in the No. 5 position, where he is 3-0.  Matthew Vesci is 5-3 this season and has won his last four matches against NCAA Division III competition.  Freshman David Luo has also been a huge bright spot for the Dolphins this season, as he sports a 7-3 singles record and CSI’s best doubles record at 8-3.
Players to Watch (RU):  The Raptors have a pair of four game-winners in Matt Deak and Vatsal Patel, who are both 4-5 overall.  Deak has won all of his matches at the No. 3 position.  Patel is also RU’s biggest winner in doubles, posting a 3-6 record.  Two of those wins have come with Shariq Khan as his partner, and they are 2-0 with both wins coming in the No. 2 position.
Players to Watch (FDU):  The Devils are having a tremendous season.  Chris Ly is leading the way with a 15-2 overall record, a mark that includes a 13-1 record in the No. 3 spot.  Max Moscowitz is just as potent, sporting an 11-3 record in the top spot and Kevin Weller sports the same exact record at No. 2.  Chris Fiorenza is a combined 11-1 in doubles play.
News & Notes: The Dolphins have won six of their last seven matches and their only loss was to NCAA Division I Wagner College.  Of those matches, four have come against CUNYAC opponents and that has helped CSI clinch the No. 3 seed in the upcoming six-team CUNYAC Postseason Tournament.  CSI’s strength this season has been at the bottom of the order.  They are 7-4 at the No. 3-5 spots and are 8-3 at the No. 6 position.  In doubles, CSI is 8-3 in the No. 3 spot, 6-5 at No. 2 and 5-6 at No. 1.  CSI and Rutgers-Camden have met in each of the last three years.  CSI took wins in 2015 & 2017, both in Camden, and the Raptors have won the only match ever played in Staten Island back in 2016, 7-2.  CSI won last year’s meeting, 6-3.  Against FDU-Florham, the teams have not met since 2012, when FDU took a 6-3 win over CSI in Staten Island.  CSI’s last win over FDU came in the fall of 2010, when they got past the Devils, 7-2..  CSI is 2-1 all-time at home against FDU.  CSI is 3-0 at home this season. 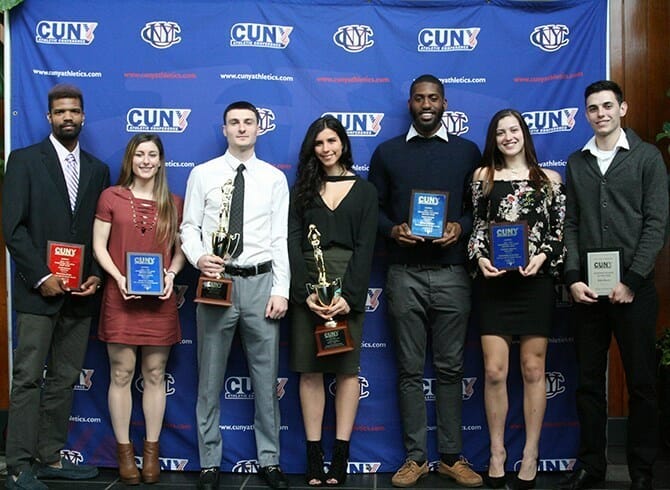 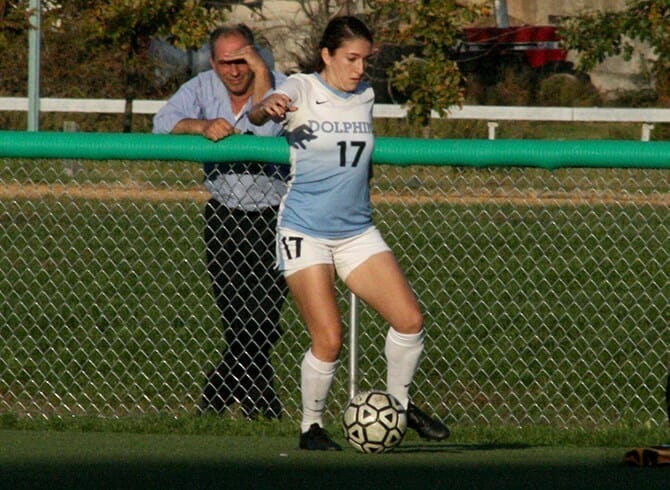 DOLPHINS VOLLEYBALL ADVANCES TO CUNYAC TOURNAMENT WITH WIN OVER YORK