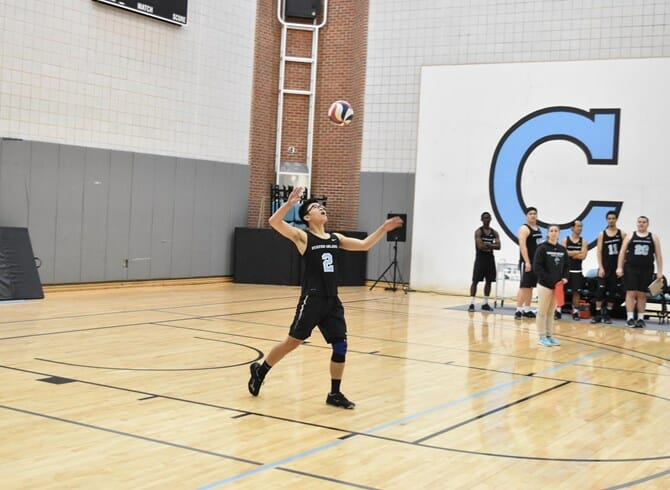 The College of Staten Island men’s volleyball will host the Cardinals of York College in their final CUNYAC test of the season at The Tank. The Dolphins come into tonight’s match coming off of a 3-0 win over Yeshiva University while the Cardinals have lost five straight.

CSI vs. YORK COLLEGE
Matchup: College of Staten Island (5-12) vs. York College (4-20)
Where: The Tank – 2800 Victory Blvd., Staten Island, NY
All-Time Series: York leads 4-1
Last Meeting: April 4, 2017 – CSI won 3-2
Players to Watch (CSI): Christian Dumadag sits atop the Dolphins with 131 kills on the season, more than double the next highest Dolphin. Dumadag has also been lethal serving, tallying a team-high 22 service aces. Adil El Haddad has aided Dumadag’s success as he has 291 assists on the season, an average of six assists per set. Tairou Diaman and James Yi have been a nuisance at the net for opposing hitters this season, tallying 22 and 19 blocks, respectively. Both Zebin Guo and Michael Liang have protected the back line for the Dolphins with Guo leading the way with 118 digs to 115 digs for Liang.
Players to Watch (YC): Frederis Tapia led the Cardinals in their last outing, hitting .235 and collecting seven kills on 17 total attacks. Making the most of his opportunities in their last game, Neko Lyttle hit .833, tallying five kills on six attacks with no errors. Adil Manji amassed 13 assists and three digs in the loss to Widener. Zac Piotti and Kyle Minder had the only block in that match while Will Cicciatore tallied a team-high 9 digs.
News & Notes: Previous to the last Dolphins’ win against the Cardinals, York had won all four previous meetings while holding the Dolphins to just one set. This will only be the second ever match at The Tank against York as the last one came on March 2, 2016. The Cardinals have struggled against CUNYAC opponents this season, losing to all seven matches. On the road, York is 3-10 while Staten Island is 2-5 on their home court.