Is this a [contemporary [syntax book]] or a [[contemporary syntax] book]*? Prof’s new book introduces syntax to beginning students

How is it that one sentence can have more than one meaning? And how do humans manage to communicate when that is the case? 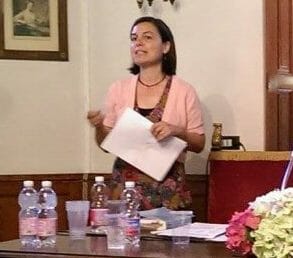 Professor Christina Tortora credited CSI students for providing the inspiration for a textbook that introduces syntax to beginning students.

The question of how meaning is derived from structure is an important aspect of linguistics, the objective, scientific study of human language. And it turns out the answers are not simple. College of Staten Island Prof. Christina Tortora has spent more than two decades grappling with this question as a syntactician. Thanks to her students, she said, her new book, Understanding Sentence Structure: An Introduction to English Syntax, can help beginning students understand the complexities of the answers.

“The book is deeply influenced by my experience with undergraduates at the College,” Tortora said. “This book wouldn’t exist without them. I’ve taught in different places and one of the most brilliant things about our students (is that) they are not passive people. They’re brilliant at telling you what they need, in order to learn effectively. This is what has been to me the best thing about being at the College of Staten Island.”

To be sure, students have acknowledged that learning about syntax—the unconscious mental rules that govern how sentences are structured—is not easy, she said.

“I would say 99 percent of students who come to syntax for the first time see it as a difficult subject,” she said. “They all say the same thing, ‘Wow, this is really hard.’ It’s hard, yes, I understand that. But my students are smart. It’s hard but not impossible.”

The good news is that students already know the rules of syntax even if they don’t know that they know them.

“Right now, you’re speaking to me and I’m speaking to you and we understand each other,” she said. “How are we able to understand one another? One of the many things that’s happening when we use a spoken language is that we’re generating and comprehending strings of sounds—we’re unconsciously assigning structure to those sounds.” 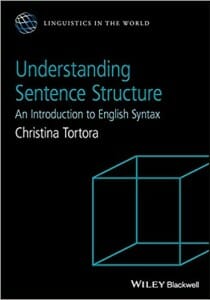 Humans are born with the ability to create that structure instinctively. “The book is about teaching people to look at these strings that come out of our mouths or see on a page and understand that not only do you assign hierarchical structure to these strings, but you can learn to consciously analyze that structure yourself,” Tortora said. “You already know what the structures are. So, the book is about bringing that unconscious knowledge to the fore.”

Consider the multiple meanings of a sentence as simple and everyday as, “Bring me a bagel with butter and honey on the side,” Tortora said.

“How is it that that very same string has two meanings?” she continued. “It’s the same exact words and each word has an unambiguous meaning. It has to do with the fact that you can take that string of words and structure it in different ways. You do this unconsciously—when you picked one meaning, you immediately assigned a syntactic structure to the string.”

“The issue is you know this. Nobody taught you to take these words and put them together like that. It’s something you were just born with—this ability to listen to acoustic signals or to visually process signing gestures and assign structure to them.”

But this ability hardly makes communicating easy and efficient, she added. People constantly misunderstand each other, she said.

We take lots of abilities for granted. Vision, for example, can seem simple but involves an array of cognitive processes that can (and do) fill entire volumes to explain.

“And equally important is the fact that often what’s inside my head is not what’s inside your head,” Tortora said. “The structure I’m assigning to a particular string is not necessarily what you assign.”

With her new book, Tortora seeks to help undergraduates grasp just how those assignments of structure occur.

Conveying such ideas to students is ultimately what made her new book possible, she said.

“I’ve been loving the hell out of (teaching),” Tortora said. “It’s my favorite thing to do because the students are so wonderful and they’ve inspired me over the past 15 years.”

The interactions with students helped her understand what explanations and assignments were most effective, she said. And ultimately made the book possible.

* Professor Tortora explains our headline: The string “contemporary syntax book” is structurally ambiguous; this means that it has two different interpretations, and that these two interpretations derive from the fact that you (as a speaker of English) can assign two different structures to the string. The first bracketed structure captures the meaning “a syntax book that is contemporary.” The second bracketed structure captures the meaning “a book on contemporary syntax.” 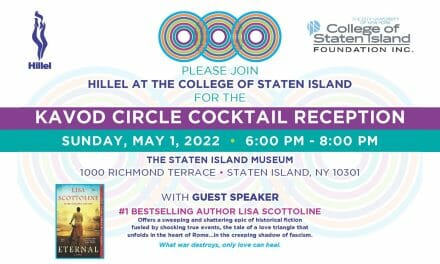 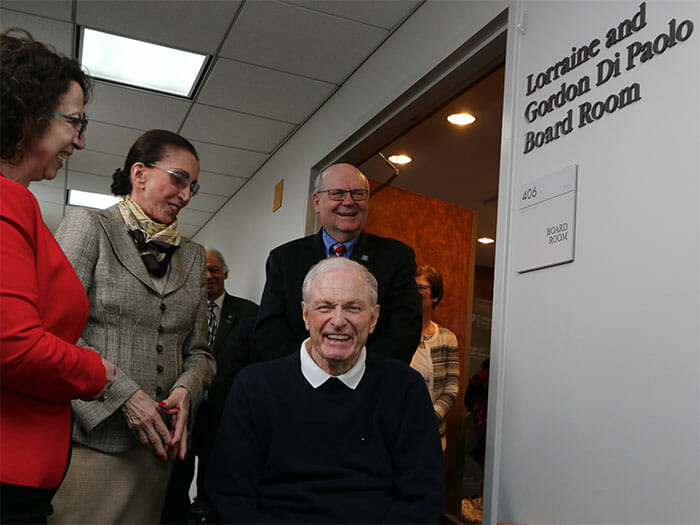 LUMA: A Techno-Circus that Has You at the Edge of Your Seat