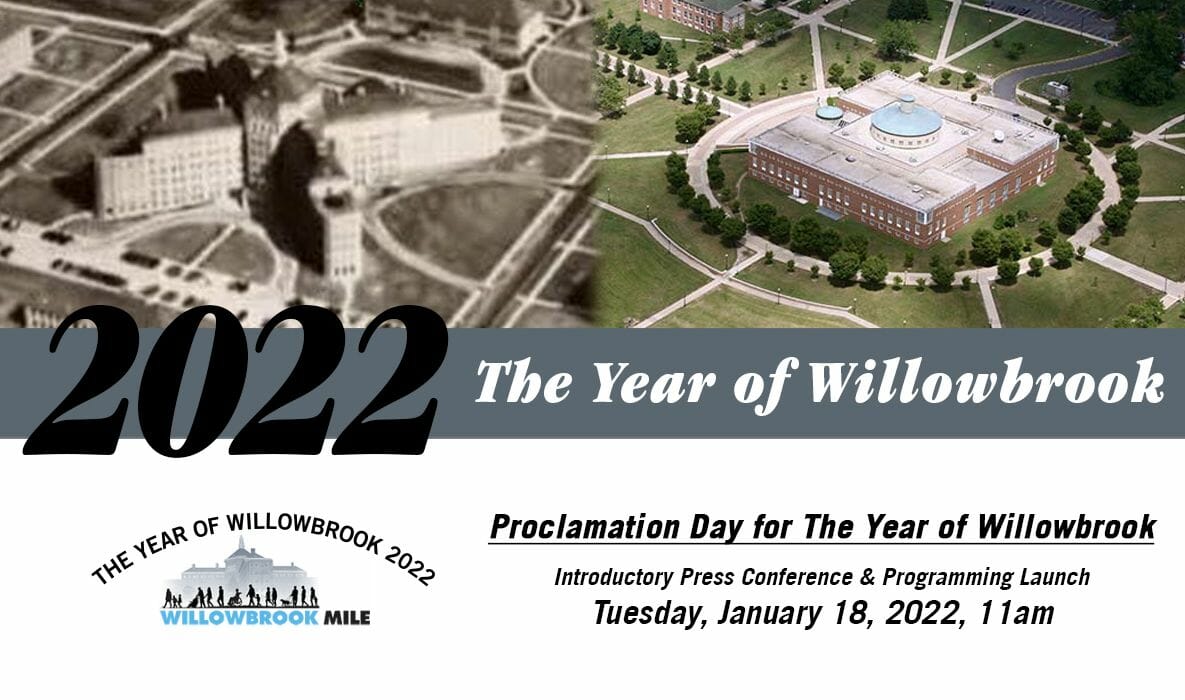 The College of Staten Island will officially introduce 2022 as The Year of Willowbrook on its campus on January 18, organizing a virtual event that will unveil programming for the year that aims to commemorate several anniversaries and offers a historical perspective tied to the Willowbrook State School.

New Interim President Dr. Timothy G. Lynch will be joined by CUNY officials and New York State Assemblyman Michael Cusick, to help issue an official proclamation declaring 2022 The Year of Willowbrook at the College, after which several presenters will speak to the historical impact of the Willowbrook State School, the advocacy that followed, and the collaboration among  the College and several community agencies that continues to exist today to reinforce the Willowbrook State School’s legacy and the continued efforts for persons with disabilities.

The virtual event is scheduled for 11:00am, is open to the public, and will be available on Zoom. The event will also be live-streamed through the Willowbrook YouTube page for live and archived viewing.

The event will serve as an official launch for The Year of Willowbrook, which will include a 50th anniversary reflection of Geraldo Rivera’s televised exposé that opened the eyes of  the nation to the horrors of Willowbrook, and the Annual Willowbrook Memorial Lecture, reflecting on the aftermath of Willowbrook’s closing, 35 years ago this year.  Events will lead to the installation of the Willowbrook Mile in mid-September, a ten-station interpretive walking trail on the former Willowbrook site on the CSI campus and the Institute for Basic Research campus that points to several landmarks that speak to the Willowbrook history and relevance.

Registration for The Year of Willowbrook Proclamation Day and Launch is taking place now.

Media/interview requests can be sent to david.pizzuto@csi.cuny.edu.

Willowbrook State School was the largest institution in the world in which people with disabilities were locked away from society. In 1938, the New York State Legislature had authorized the building of a school for what they then termed “mental defectives.” The Willowbrook site was selected and the buildings erected in the early 1940s. However, when the U.S. entered the Second World War, the site was turned over to the military for use as a hospital and prisoner‐of‐war camp, Halloran Hospital, and operated in that capacity until 1951. As Halloran Hospital was closing down, the property returned to its original intended purpose as the Willowbrook State School. It opened in 1947, intended to serve as a model of treatment for persons with intellectual and other disabilities.

When it opened, Willowbrook attempted to provide better care in an institutional setting than could be provided at home. However, the mere scope and size of the more‐than‐380‐acre Willowbrook State School impaired its ability to provide normal, personalized comfort and care. As conditions worsened, a group of residents’ families and staff urged change. By the 1970s, they invited reporters to share the story more widely. Media coverage and this activism led to a lawsuit resulting in a 1975 Consent Judgement ordering that Willowbrook residents receive humane treatment and adequate clinical and educational services. This also set in motion the eventual closure of Willowbrook in 1987 and began the development of community‐based services. Along with the 1975 Education for All Handicapped Children Act, the Willowbrook Judgement helped lead to later key legal protections, including the 1990 Americans with Disabilities Act (ADA).

In the 2010s, the Staten Island Developmental Disabilities Council partnered with the other stakeholders on the Willowbrook site: the College of Staten Island/CUNY, the Institute for Basic Research (IBR), and the Office for People with Developmental Disabilities (OPWDD) to establish a memorial walking trail that has become the Willowbrook Mile. The Mile is designed to preserve the site’s history, and to create a visionary presence that commemorates the social justice and deinstitutionalization movement to ensure the rights of all persons to live with dignity and thrive in their communities.

Embracing the Willowbrook legacy and addressing the needs of persons with disabilities runs through the fabric of the College’s culture. One of the College’s signature programs celebrating the Willowbrook legacy is the Melissa Riggio Higher Education Program, which since 2008 has provided fully‐inclusive college experiences for non‐matriculated students with intellectual and developmental disabilities. Our Creative Exchange program recognizes CSI’s responsibilities to persons with developmental disabilities on Staten Island, and provides continuing education classes on a variety of topics for this population.  The College also houses the Center for Student Accessibility (including Project REACH), Master’s degree programs in Special Education and in Social Work focused on disabilities, an Advanced Certificate in Autism Spectrum Disorders, and a minor degree track in Disability Studies. Since 1993, the College has hosted an annual Willowbrook Memorial Lecture which, in addition to a number of other campus events and the Willowbrook Collection in the CSI Library, has worked to keep the Willowbrook legacy alive in our community. 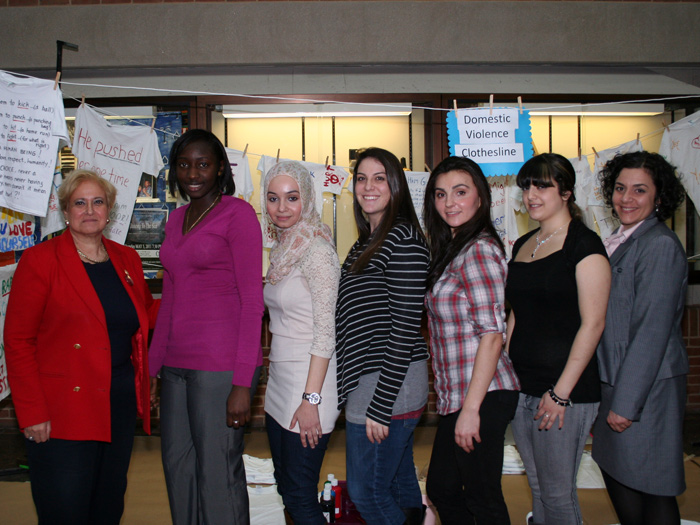