Join Ira Glass of the critically acclaimed public radio show, This American Life, in his only NYC area-performance of Radio Stories and Other Stories at the Center for the Arts (CFA), College of Staten Island on Sunday, April 6, 2008 at 3:00pm. Experience this masterful storyteller live, doing what he does best. Sitting behind a desk, utilizing audio clips, Glass will weave stories that captivate, entertain, and inform. A Q&A with the artist will follow the performance.

This American Life premiered in 1995 on Chicago’s public radio station, WBEZ. It now airs on over 500 public radio stations weekly with over 1.7 million listeners. Most weeks, the program is the most popular podcast in the U. S. Some of its stories are fiction, others documentaries, and still others indefinable, but whatever their genre, his stories make for compelling material for radio, and now television and the stage.

Under Glass’s editorial direction, This American Life has won the highest honors for broadcasting and journalistic excellence, including the Peabody and DuPont-Columbia awards, as well as the Edward R. Murrow and the Overseas Press Club awards. The American Journalism Review declared that the show is “at the vanguard of a journalistic revolution.” It has attracted continuous national media attention over the years. In 2001, Time magazine named Glass the “Best Radio Host in America.”

In March 2007, the television adaptation of This American Life premiered on Showtime and was nominated for three Emmy awards. It has been picked up for a second season of six episodes for 2008. While producing the series for the cable network, Glass and his staff continue to create original radio shows.

Ira Glass began his career as an intern at National Public Radio’s (NPR) network headquarters in Washington, DC in 1978, when he was 19 years old. Over the years, he worked on nearly every NPR network news program and held virtually every production job in NPR’s Washington headquarters. He has been a tape cutter, newscast writer, desk assistant, editor, and producer. He has filled in as host of Talk of the Nation and Weekend All Things Considered.

By Car: The CFA is located within a few minutes’ drive from the Verrazano-Narrows, Goethals, and Bayonne bridges. Take I-278 (the Staten Island Expressway) and exit at Victory Boulevard, proceed to campus parking lots 1 and 2. Parking is free.

By MTA NYC Transit: From Manhattan, the CFA is served by the S62, S61, X10 buses coordinated with the Staten Island Ferry schedule. From Bay Ridge, Brooklyn, the CFA is served the S93 and S53 buses. To plan your trip, use the MTA trip planner at: http://tripplanner.mta.info/.

The CSI Center for the Arts and its 2007-2008 season, Island Culture: Near and Far, are supported in part with funds from the Richmond County Savings Foundation; a gift by the Carnegie Corporation (made possible by an anonymous donor); the New York City Department of Cultural Affairs; the Office of the Borough President, Hon. James P. Molinaro; the College of Staten Island; and by our many business and individual patrons. 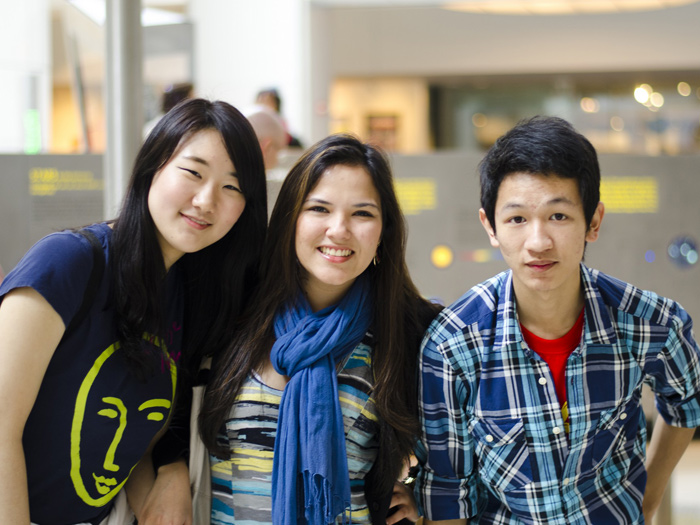