Spectrum Concerts Berlin to Perform at CSI's Center for the Arts

The Center for the Arts at the College of Staten Island will welcome the chamber music ensemble Spectrum Concerts Berlin for a free performance on Thursday, April 10 at 7:30pm. The concert is made possible through the generosity of CSI Professor emeritus Dr. Michael Shugrue.

Cellist Frank Dodge founded Spectrum Concerts Berlin in 1988. Through 20 successful seasons, critics and audiences have ranked it as the leading and most vital chamber music series in Germany’s capital city.

Building on its founder’s transatlantic reach, the New York-based Spectrum Concerts Berlin—USA, Inc. was founded in 2005 in order to extend the artistic work of the Berlin group. Their first concerts in the U.S. were performed in November 2006, at Carnegie’s Zankel Hall, with ensemble members Janine Jansen, Julia-Maria Kretz, Maxim Rysanov, Antoine Tamestit, Torleif Thedéen, Jens Peter Maintz, and Lars Wouters van den Oudenweijer. The programs were described by Strad Magazine as “avoiding the feel-good repertoire often brought by a visiting ensemble,” and Isabel Herzfeld for Berlin’s Tagesspiegel, wrote “The courageous programs, and the extraordinary quality of interpretation, assure Spectrum’s growing popularity. Thus, even in the 650-seat Zankel Hall of this tradition-rich temple of the muses, it is not simply ‘music’ that is being made. Dodge intends to convey a message of common cultural roots, returning to their humanistic core.”

Returning in April 2008 for its second U.S. visit, Spectrum Concerts Berlin is showcasing the music of Ernst Toch, bringing characteristic pieces from different decades of his life in a program to be heard in two New York and two Los Angeles venues. Two additional works by Robert Schumann and Paul Hindemith, Toch’s contemporary, will include the outstanding Dutch clarinetist, Lars Wouters van den Oudenweijer.

Spectrum Concerts Berlin’s passionate involvement with Ernst Toch’s works for chamber ensemble grew out of an extensive lecture/concert program, which Spectrum created and organized for the Los Angeles County Museum’s exhibition, The Flight of European Artists from Hitler. Berlin’s New National Gallery presented the exhibition in 1997. Since then Spectrum has presented three all-Toch programs in its prestigious Berlin series and recorded two CDs featuring Ernst Toch’s chamber and solo music for the Naxos American Classics Series.

The performance’s sponsor, Dr. Michael Shugrue, a former Dean and Professor of English at CSI, is deeply committed to the arts, and through the Shugrue Cultural Development Fund, he is providing the opportunity for the College community and area residents to experience world-class musical performances, art exhibits, and lectures.

Thanks to Dr. Shugrue’s support, CSI has had the great fortune of hosting concerts featuring members of the New York Philharmonic and the Four Nations Chamber Quartet, exhibits of original Hogarth prints and photographs by Christian Matuschek, and engaging lectures from critically acclaimed authors such as Thomas Lynch and Alan Tenant, to name a few.

Tickets to this concert are free. Please call the CSI Office for Institutional Advancement at 718.982.2365 to RSVP. 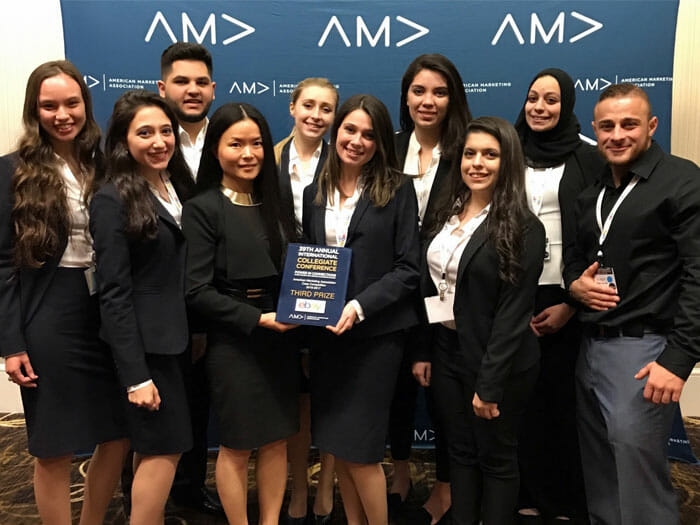 International Conference for the 40th Anniversary of China’s Cultural Revolution