CSI Celebrates "Take Our Daughters And Sons To Work" Day

Over 90 children of faculty and staff members at the College of Staten Island were treated to an action-packed day of campus events on “Bring Our Daughters and Sons to Work” Day.

After being issued photo ID cards identifying them as college students, the children participated in a basketball clinic at the Sports and Recreation Center, hosted by Head Women’s Basketball coach Marguerite Gualtieri and members of the CSI Dolphins staff.

During the clinic, CSI President Tomás Morales dropped by to meet the children. He spoke of the importance of their parents’ roles at the College, and the exciting possibilities that they can look forward to when they are old enough to attend college.

After lunch, the children took part in a geology lab hosted by Dr. Alan Benimoff, who is credited with discovering a new mineral. Amid the myriad samples of rocks and fossils, the young scientists enjoyed hands-on exploration with powerful microscopes accompanied by the guidance and insightful commentaries provided by Benimoff.

Many also enjoyed Benimoff’s talk about eclipses while working with a model of the Earth and its moon, the sun, and Venus.

Later in the day, the children received an acting lesson from George Emilio Sanchez, chairperson of the Performing and Creative Arts department. “What is a chairperson?” he asked upon introducing himself. A student raised his hand to answer, “A person who sits is chair all day?” to which Sanchez quipped, “Shh. Don’t tell that to the President.”

Sanchez went on to engage his guests in a number of lighthearted exercises in the Black Box Theater, teaching them to rely on their imagination and underscoring the importance of such creativity in acting. The exercises also demonstrated that acting can be lots of fun, as everyone in the theater was laughing at the budding actors’ antics.

Capping off the day’s events was a visit to CSI’s radio station, WSIA 88.9 FM, where the children were able to see what happens behind the microphone.

After spending a day at CSI, seven-year-old Nicky Held-Mares said, “I liked the people around the campus and the rocks [in the geology lab].” He added that he “liked going inside the Black Box Theatre.”

The event at CSI was sponsored by the Office of the President and the Office of Academic Affairs. It was coordinated by Veronica DiMeglio of the Registrar’s Office and Lisa Ebert of the Office of Grants and Research. 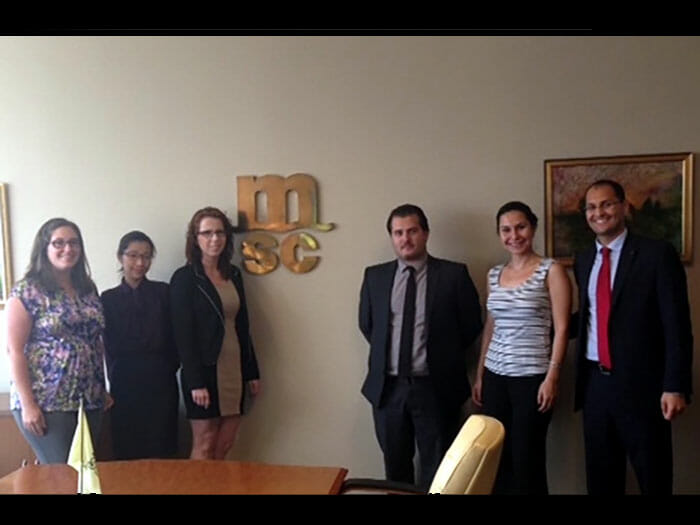 From Intern, to Employee, to Mentor: CSI’s School of Business Sets Sail for Student Success