College of Staten Island Junior Matthew Signorile is currently working as an intern for U.S. Congressman Anthony Weiner (D-NY). Signorile was selected for the internship through The City University of New York (CUNY)-sponsored Edward T. Rogowsky Internship Program in Government & Public Affairs. The program’s mission, according to CUNY, “is to provide ‘education for the public service’ by bridging the gap between academic study and the practical world of government and public affairs.”

Signorile, who is double-majoring in English and Philosophy/Political Science with the Maucaulay Honors College, says that he “was encouraged by genuine curiosity. I’m obsessed with how things tick, and the inner workings of the legislative branch appealed to me. I decided to take a closer look, and applied for the program. Also, the fact that the Rogowsky Program was awarding me $2,000 and a free dorm, which is a tremendous offer to turn down.”

Commenting on his experience, Signorile notes, “At first, it was extremely intimidating. I had never worked in such an environment before and I have absolutely no political ties. My family consists of teachers, bus drivers, cops, and sanitation workers, so it was a bit of a challenge going down to the most politically active place in the country without any first-hand knowledge in the political arena. Textbooks can only show you so much. I was virtually traveling down with nothing but the shirt on my back, and I feel that I’m leaving with three suitcases packed with information.”

As for his duties as an intern, “I primarily research, conduct tours, answer phone calls, and run errands,” Signorile explains. “I enjoy conducting tours the best because it’s usually with constituents and it really strikes that balance between the government and the people.”

It is that experience, which is important, notes Richard Flanagan, a Political Science professor at CSI, and the faculty campus coordinator of the Rogowsky Program at CSI. “Washington interns learn how the federal government works, and get a sense of what life might be like if they choose a career in public service. They can also make important contacts that may help them land that first big job out of school.”

Signorile stresses that, beyond his internship, his CSI experience has given him a great deal. “CSI has given me a broad, practical education that I found I can apply to anything. The comic Steve Martin said in his biography, ‘You’ll use everything you’ve ever known.’ CSI has taught me a lot of skills that many colleges simply do not give to their students. I became the office’s utility man, clearing the jams in the copier, and at the same time attending briefings on gun smuggling along the border. I’m confident that I can use all these diverse abilities to help me achieve my career goals down the road.”

Once he graduates from CSI, Signorile plans “to eventually drift into politics, but I want to start out as a lawyer in the public realm. This way, I can bring in some real-life experience into politics and avoid becoming a career politician.” 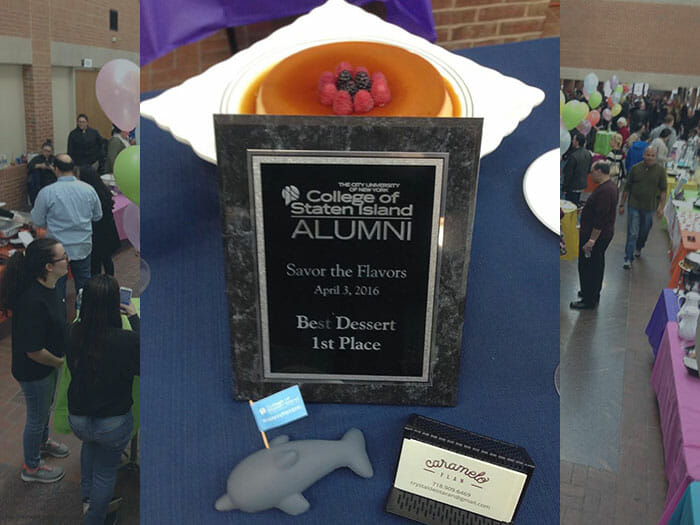 Flan with a watermelon sangria chaser: Sips and samples at CSI fundraiser