For two hours on Thursday, November 12, faculty, students, staff, and administrators rubbed shoulders at the official opening reception of the SEEK Program Art Gallery, a new venue in Building 1A where current SEEK students and alumni will be displaying their works for all to enjoy. The Gallery’s first exhibit, entitled SEEKing Perspectives…, featured photographs, paintings, and other works by nine SEEK Program artists.

View the artists with their work at the CSI Today Photo Gallery.

Working with alumni and SEEK students from the CSI Art Club, SEEK Director Gloria Garcia and staff conceived the Gallery as a way to give current and former students the opportunity to showcase their talent and enthusiasm for making art. At the opening on Thursday, the artists mingled with visitors, offering comments about their works and their personal artistic visions. Senior Stephen Barnett called the opening “phenomenal” and thanked SEEK Program staff for making the exhibit happen. Sophomore Angelica Popalano agreed, adding that the event was “a wonderful opportunity to meet other artists and faculty.” Senior Shannon Foreshee spoke about his contribution to the show, entitled “Effervescence,” by likening it to the SEEK Program itself. “My work,” he said, “is made up of primary colors. Primary colors form the basis for all other colors. SEEK is like our primary colors…from SEEK anything is possible.”

The Art Gallery, located in the SEEK Program office (Building 1A, Room 112), will be open Mondays through Fridays from 9:00am to 5:00pm. The College community is invited to stop in at any time during those hours to view the art.

Patrizia Armfield
Patrizia Armfield is a returning student who has found her niche in the Applied Arts. As a Studio Art Major in her last year of working toward her Baccalaureate degree, she has explored the various aspects of art and its applications and has not limited herself to one medium. As she says, “I believe that the vast diversity of art forms have so much to explore and conquer that to limit myself to one would be an unjust and cruel sentence.” Thus, Patrizia has worked in pastels, charcoals, painting, sculpting, printmaking, photography, and jewelry and fashion design

Patrizia has volunteered to take part in the SEEK Art Gallery by loaning five pieces of work. Two are photographs: “Winter Shades of Red” and “From Petals to Wishes.” Three are first-edition pastels: “Mama’s Iris,” “Spring Bloom,” and “Central Park.”

“From Petals to Wishes” is a special donation. As Patrizia says, it is a message to all SEEK students that “we begin our scholastic journey as multitudes of delicate flowers all sharing one goal, and as our time approaches we transform to yet another stage of our lives, one which consists of the many achievements that will change our lives one by one as we drift toward our wishes and ultimate dreams.”

Stephen Barnett
Stephen Barnett is a senior in the CUNY Baccalaureate Program, the University-wide alternate degree program in which students work on an individualized area of specialization under the guidance of a faculty mentor.

As an artist, Stephen has worked within the medium of the photographed image for the past 25 years and yet only in the last seven years has his work evolved into what he refers to as “Photographic Sculpture” — manifestations of the symbiotic relationship between realism and formalism. His work plays with the three-dimensional quality of a two-dimensional world, with nature and humanity both holding the familiarity that ultimately grounds the work.

He begins with traditional black and white film and silver-gelatin prints, which are the realist elements of the relationship. He then juxtaposes, across and/or around the mounted and framed images, gestures of lattice-cut Poplar wood. He then may incorporate found objects such as rusted nails, hairpins, small bolts, bent wire, and springs. Occasionally, with the use of oil paints, he will include a touch of color, to draw a line or to highlight. These “added materials” are the formalist elements that spark the symbiotic relationship between themselves and the photographed images with which they harmonize. As a result, his work forges a new syntax into the language of visual art.

Emy-Luz Encarnacion
Emy-Luz’s mother told her that she began both drawing and walking at the same time. As far back as Emy can remember, art has been part of her life and a great source of joy.

Last semester, after several years as a liberal arts and Spanish student, she decided that one should study what one loves. Accordingly, she changed her major to Studio Art. According to Emy, art gives her the opportunity to create anything she can imagine and to share these ideas with the outside world. Working with various colors and materials gives her much happiness, and, as she says, “That is my purpose in life — to give the viewer of my work a smile for their own personal happy moment.”

Emy’s contributions to the SEEK Art Gallery are her paintings entitled “Autumn Dusk” and “A Pearded Taste of Citrus.”

Shannon Foreshee
Shannon Foreshee is a senior in the CUNY Baccalaureate Program, the University-wide alternate degree program in which students work on an individualized area of specialization under the guidance of a faculty mentor. His area of concentration is in Foundations of Art Therapy, which is an amalgamation of the Art and Psychology majors.

Shannon’s art focuses on abstract painting and sculpture. He works with oil and acrylic paints, as well as nontraditional materials such as ribbon, stone, or metal.

Shannon believes that producing art helps to speed up the therapeutic process by allowing direct expression of the unconscious without censorship. He feels that art is a means of expressing the human experience, which helps to communicate complex and intense concepts as well as emotions. He is currently involved with an internship program that allows him to work with an Art Therapist at AHRC New York City, an agency that serves children and adults with intellectual and developmental disabilities, autism, and traumatic brain injury.

He has donated to the SEEK Art Gallery a work titled “Effervescence,” which explores the use of color and texture to communicate movement and emotion.

Shannon plans to pursue a Master’s degree in Art Therapy.

Antonio (Tony) Gallego
Alumnus Antonio (Tony) Gallego’s association with SEEK has remained strong throughout his college years and subsequent career. After earning a Baccalaureate degree in Communications/Media Studies, he enrolled in CSI’s Master’s in Liberal Studies program where he is currently finishing his thesis. In the meantime, as the Assistant Director (since 2001) of CSI’s Library/Media Services, Tony has helped the SEEK Program with various video and art projects, and has served as a mentor and supervisor for several of SEEK’s Media Services interns. An accomplished photographer, Tony has contributed three of his works to the SEEK Art Gallery. This is just one of the many ways that he wants to give back to SEEK, a program he treasures to this day.

New York City has shaped Pif’s philosophy of life. She understands, and thrives on, its energy. Walking through the city, studying its details and taking photographs of what makes NYC special are some of her favorite things to do. The same was true when she visited the City of Amsterdam, where she also took many photographs. (Is it a coincidence that NYC was once called New Amsterdam?)

Pif recalls that Professor Pat Passlof, her mentor and cherished friend, gave her a very special gift: the audacity to believe in herself. Jacqueline thanks Prof. Passlof for the inspiration to continue on the artistic path.

She has donated to the SEEK Art Gallery a painting entitled “SEEK,” which was created specifically for the SEEK Program. Everything from cutting the frame dimensions to applying the paint was done by Angelica.
Angelica often focuses on combining politics and art through abstract expressionism. She is working on developing her style by experimenting with different paint textures and application methods on a variety of surfaces. Additionally, for the past two years, she has been creating a series of works similar to SEEK, all done using oil and spray paint.

Loreyda Sanchez
Loreyda Sanchez believes that when an artist paints, it is not the paint itself that makes the painting glorious or incredible, but the meaning behind it. The way we see things and our unique and colorful perspectives are what makes a painting a masterpiece.

A saxophonist once revealed to Loreyda that the meaning of life was as simple as the moment that he was playing his saxophone. For him, the meaning of life wasn’t anything fancy or something exceptional. Loreyda’s painting, “The Saxophonist,” is intended to emphasize the musician’s feelings toward life while he is creating music. The orange and dark red earth colors project his feelings, while the saxophonist himself is black, revealing simplicity.

Loreyda is currently a sophomore majoring in International Studies. Apart from her artistic involvement, she has many academic interests including anthropology, geography, history, and political science.

Suzie Soleil Sky
Suzie Soleil is a junior combining her interests in Cinema Studies and Sociology. As part of her investigative journey to find her gifts and passion, she has been studying photography at the College of Staten Island since 2007. Her favorite aspect of photography is its ability to defy the universe by stopping time. Suzie says she aspires to one day achieve the skill of a professional photographer and to possess the attitude of an enthusiast.

She is not sure where she fits artistically — she can go long periods without picking up a camera, but she loves to visually tell a story when inspiration strikes. However, there is one thing she knows for sure, the moment she looks at her prints and sees even more than she imagined is amazing.

According to Suzie, the Seek Program was her first “home” at the College of Staten Island, a title now shared by the Campus Center where these photos were taken. 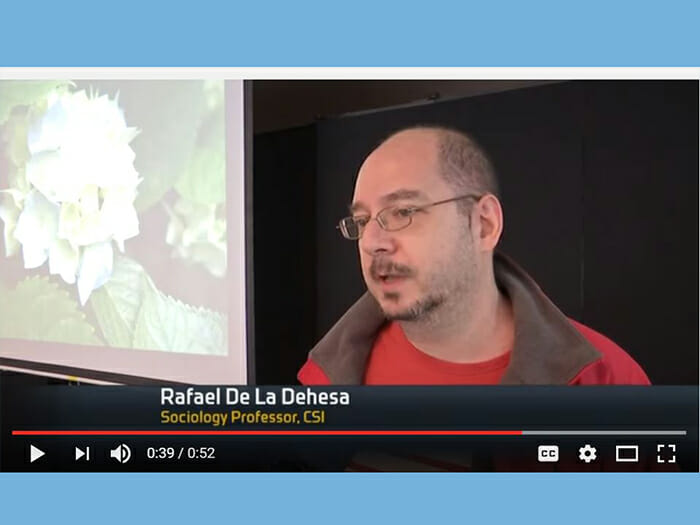 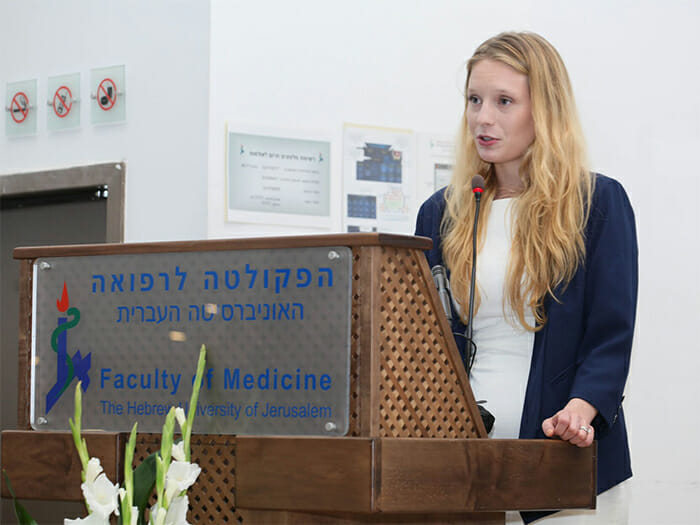