Prior to the tragic events of September 11, 2001, CSI alumni Linda and Keith Manfredi were dedicating their professional lives to children—Linda as a teacher, and eventually the principal of PS 29 on Staten Island who trains and often hires CSI Education majors, and Keith as the President of Educational Performance Tours, a company that works to integrate students in the performing arts with major players in the New York City cultural world.

Sadly, Linda’s brother Joseph, an FDNY firefighter, lost his life on 9/11, and, in Joseph’s memory, the Manfredis were to take their commitment to a more personal level with the launch of the Joseph Maffeo Foundation, making an even greater impact on the lives of the borough’s children, using the foundation as not only a vehicle to transform the Pediatric Unit of Staten Island University Hospital (SIUH) into an inviting cutting-edge facility, but also using their example to instill an appreciation of philanthropy in the borough’s young people.

“We have a unique philosophy,” Linda, who graduated from CSI with a BA in Psychology, a Master’s in Elementary Education, and a Six-Year Supervisory Certificate, explains. “We agree that if we empower children now, in the future they will make a difference in the world. We encourage them to truly understand that hatred bears severe consequences and that they must embrace the future in a positive manner whether in business, school, or in our everyday life.”

“That’s the essence of the message that we send through the foundation,” says Keith, who graduated from CSI with an Associate’s degree in Business with a concentration in Management. “Obviously it started to memorialize Joseph and keep his legacy alive, but then, as you think more intensely about what happened and what the day was about, it would be naïve of us to think there weren’t thousands of other wonderful people who were lost that day. So, we’ve grown, and because of that day the lesson learned as Linda said, hatred bearing severe consequences. How can we change the perception of people? Empower our youth to be proactive with goodness and decency and lead them down the right path.”

An Improved and Wonderful Children’s Ward

As Joseph dedicated his life as a firefighter to helping others, Linda and Keith turned the foundation’s sights on SIUH, initiating a three-tiered project to expand and brighten the Pediatric Unit. Phase One involved the renovation of the inpatient playroom from a tiny closet-like space into a light-filled happy area, complete with a videogame system. The design of the new playroom incorporates a fire truck theme, in honor of Joseph.

Phase Two involves an update of the nurse’s station not only to make it more aesthetically pleasing to the young visitors but to make it more functional and easily navigated.

Phase Three, which is still in progress, will realize the renovation of each patient room in the ward, once again making them comfortable and inviting, and incorporating a hero for each room, from Abraham Lincoln to Jacques Cousteau, who were selected by students in Linda’s school.

Staten Island’s kids provide more for the foundation than just ideas, however. Through their inspirational talks to Island children, Linda, Keith, and their two children, Amanda (11) and Joseph (7), have encouraged young people to fundraise for the foundation, through participation in penny harvests where students put their loose and found change in a collection jar at Linda’s school, the Kids Walk for Kids, or even selling 50/50 raffle tickets at Staten Island Yankee games.

The Manfredis have been very successful in imparting a spirit of philanthropy in kids because, as Linda notes, “They get it.”

Children aren’t the only people who are being affected by the Manfredi’s example. The family also reaches out to adults on Staten Island who can make a difference. “What we’ve become for the community and for the hospital is a conduit. We’ve run our events [such as the annual “In the Name of Love” dinner and Casino Night] where we generate revenue, but what I’m most proud of is we’ve become a vehicle for the hospital, helping them to generate revenue because people will come to us and see what we’ve done and want to be part of what we do on a bigger scale.” The idea, according to Keith, is to change people’s perceptions of what they can do. “People don’t believe that good things can happen…we like to break that stigma and get people to join. I speak at a lot of schools and I tell the kids that Joseph is not a hero for the way he died; Joseph is a hero for the way he lived his life. You don’t have to move a mountain. You don’t have to save someone’s life. You simply have to treat people like human beings. That’s the main lesson we want to instill into their hearts.

This approach succeeded in securing a $500,000 contribution from the Caridi family (of Kozy Shack pudding fame) to renovate the hospital’s Emergency Room.

Giving Back to CSI

Both Keith and Linda credit their CSI educations for helping them to get to where they are today. Keith credits professors like The Business Department’s Gordon DiPaolo for helping him to hone his skills as a businessman. As for Linda, she recalls, “I had great schooling [at CSI]. I’ve been very fortunate to have experienced all the opportunities that CSI offered. The professors made a difference by dedicating themselves to guiding me in a positive direction, empowering me with the knowledge I eagerly wanted, ultimately having a positive impact on my life. For it is said, learning acquired in youth arrests the evil of old age, and if you understand that old age has wisdom, you will conduct yourself in youth so that old age will not lack in nourishment. So now it is my time to pay it forward and make a difference in a young adult/child’s life. Just like the circle of life.”

Now that Linda is the Principal at PS 29, she has an opportunity to give back to the College and its Education majors by taking as many as ten CSI students per semester and giving them hands-on training to help them become teachers. Linda says, “Through the Department of Education, we are connected with all of the schools, CSI being near and dear to me. From what I’m told, CSI students request to student teach at PS 29. We’re in high demand. I try to hire the students upon them graduating or within a few years after they have completed their studies. The student teacher spends 14 weeks experiencing both upper-grade and lower-grade classes. They’re mentored within the classroom and are part of the staff…We are fostering a true experience of being a teacher. They get to experience, first hand, being an educator and get a true understanding of what the profession entails. The selfless acts and sacrifices it takes to be Number One as well as the joys and rewards that bring you to the point where they want to join our profession.”

Linda also mentions that she tries to give these budding teachers the confidence and knowledge that not only her parents, Louis and Jean Maffeo, gave her, but also with which her mentors, former principals and CSI professors empowered.

As Linda continues to train tomorrow’s teachers, Linda and Keith will continue to fundraise for the children of Staten Island through the Joseph Maffeo Foundation, while working to inspire others to step up to the plate and give back, and by rewarding examples of selflessness with the annual Angel Award and the Joseph Maffeo Hero and Scholarship Awards. The Manfredis do hope, eventually, to move the work of the foundation to a more national level.

Keeping those who have touched their lives prominently in mind, Linda sums up the significance of what they will continue to do, both personally and professionally, “I had great role models in my life and it is important that I pay it forward to our children and our children’s children, who will ultimately make the world a better place!”

For more information on the Joseph Maffeo Foundation, call Linda and Keith Manfredi at 718.227.0812 or email them at maffeofoundation@aol.com. 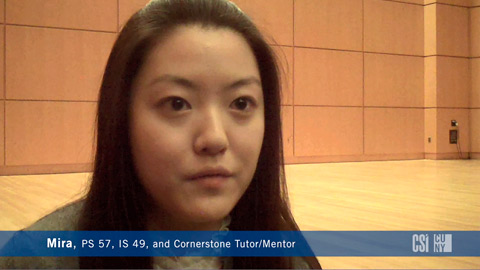