The NYLPRW is a non-profit organization dedicated to assisting Puerto Rican women in their pursuit of higher education by providing them with the financial support necessary to obtain a college degree. The proceeds of the 2010 College Awards Gala Dinner Dance went toward the funding of their College Awards Program. The League’s College Awards offer a $1,000 scholarship toward each Puerto Rican undergraduate woman selected for her academic excellence and service.

One of this year’s undergraduate award recipients was Jennifer Villaran, a CSI sophomore who was recognized for her academic excellence as well as her efforts in giving back to the community. Ms. Villaran has tutored middle school and high school students at the Hope Gardens Community Center and has helped raise money for the Kuleba Exchange for the college education of students in Rwanda who have survived genocide.

In accepting the Lifetime Achievement Award in Education, President Morales thanked the NYLPRW, its President Edith Padilla, and the Board of Directors for the tremendous work they do in helping Puerto Rican women pursue higher education and transforming their lives in the process. In his closing remarks, President Morales indicated that students like Jennifer Villaran and the other undergraduate award recipients reaffirm his unwavering belief in the principles of diversity and inclusive excellence. As stated by President Morales, “I believe, and will continue to believe, in the value of diversity and inclusive excellence at the College of Staten Island, in higher education, and in our lives.” 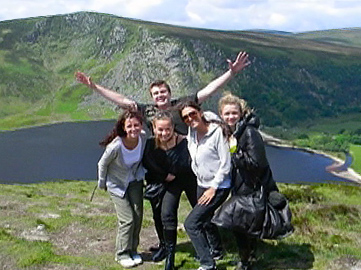