In collaboration with the NCAA’s Dig Pink initiative, the College of Staten Island women’s volleyball team held their third annual Serving for a Cure Night held at the CSI Sports & Recreation Center.  CSI fell to visiting St. Joseph’s College, 3-0 (25-19, 25-23, 25-22), but the score hardly mattered, as the event raised some much-needed funds for the Staten Island Breast Cancer Research Initiative.  Tonight’s total is believed to have reached nearly $1,000, easily topping last year’s total of nearly $600.
Meanwhile, on the court itself, the Dolphins battled through a night where they tallied a disappointing negative-.010 hitting percentage on 101 attempts.  CSI scattered only 21 total kills for the match, while the Bears finished with 26.  St. Joe’s got the better of CSI early, winning their biggest game in the opener, scattering eight kills on 31 attempts, while the Dolphins posted just four kills (next to 8 errors) on 22 attempts.
The Dolphins rallied for a stronger second game, as both teams combined for 19 kills.  Still, despite a late rally, the Bears won the squeaker, 25-23.  CSI held the lead for a majority of game three, their last of which at 14-11 before SJC called timeout and ripped off seven straight points to make it 18-14, prompting CSI to ask for time.  From there, CSI tried to scratch their way back, but a pair of kills by Kathy McCarthy sealed the deal for a game-three, 25-22, win.
CSI was led by both Kaitlyn Flynn’s and Joanna Tepedino’s six kills, while Danielle Ponsiglione netted 13 assists.  Defensively, Diana Stout pitched in for 16 digs.  for the Bears, Ylaine Ulloa was crisp, notching a team-high 8 kills and 16 digs, while adding a trio of service aces.  Normally a strength for CSI, the Dolphins were victimized by the service, giving up 12 aces total next to just six of their own.
With the win, SJC improved to 4-11 overall, while CSI fell to 1-11.
The real victory, however, were the fans in attendance and the SIBCRI.  The money raised helps fund the grass-roots CSI initiative made up of professors and staff designed to organize research and outreach to the Staten Island community against the epidemic.   Members of the SIBCRI were on hand selling pink attire and handing out literature, spreading the word on early detection.
CSI has shown a heavy commitment to the SIBCRI and breast cancer awareness, adopting the cause year round.  In 2009-10, CSI raised over $6,000 in funds for the SIBCRI.  The Serving for a Cure volleyball event kicks off the gift-giving for the academic year.  CSI hopes to raise more funds during next week’s women’s soccer Kick for the Cure event and will culminate in CSI baseball’s Grace Hillery Breast Cancer Awareness Night. 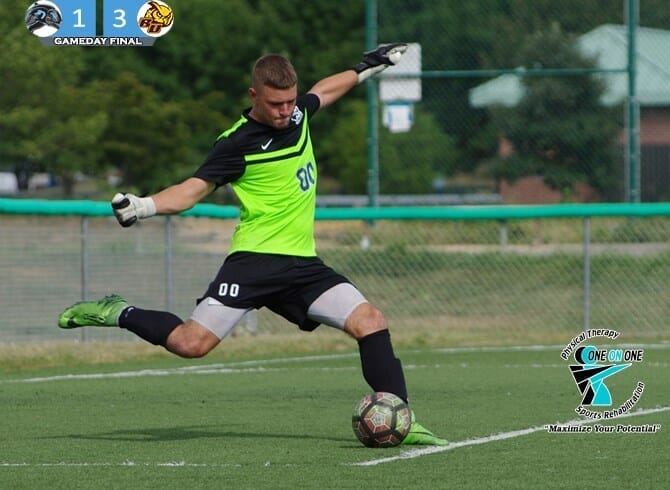 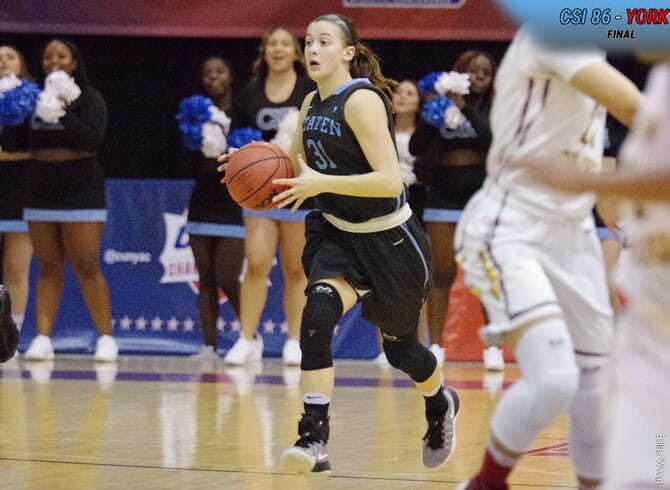 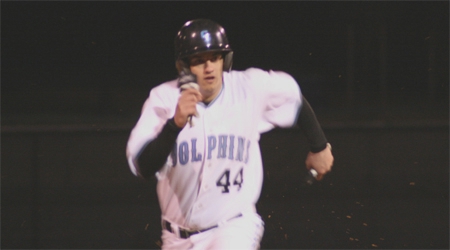