The College of Staten Island men’s basketball team was knocked off course of their bid for an ECAC postseason championship, falling in the quarterfinal round of the ECAC Metro NY/NJ Postseason Championship by a 75-68 count at the hands of No. 4 Rutgers-Newark in a game played at the Golden Dome in Newark, New Jersey.  No. 5 CSI’s season finalized with a record of 17-11, while the Scarlet Raiders improved to 18-7, and will host No. 8 New York University in semifinal play on Saturday.
RU never trailed in the game, as CSI went without starting point guard T.J. Tibbs, who missed his first career start with a dislocated finger that was splinted for the contest.  The Scarlet Raiders took three straight leads in the early-going, with CSI matching baskets, the first two by freshman Matt Van Manen.  With 4:54 gone by, RU’s Pedro Burgos his one of his four three-pointers of the evening to jump the home squad out to a modest, 9-6, advantage, and from there the Raiders never looked back.
Much like what would eventually happen in the second half, the rest of the first half was an exercise in CSI trying to chip away at the Rutgers lead.  A 13-4 RU run, highlighted by three-straight three’s by Greg Moore gave the Raiders a 10-point edge, 22-12, with 10:31 to go.  Jumpers by Dale Taranto and Jordan Young severed the lead to four, 25-21, with 6:42 to play, but again RU had an answer, using five Burgos points for a 9-1 run to balloon the home lead to as many as 12, 34-22.  The Dolphins eventually chipped the lead to 38-30 at intermission.
After trading second-half baskets, Rutgers posted their largest lead, 45-32, with 17:59 to play on a pair of Al’Don Muhammad free-throws.  CSI worked to get even and nearly did, using a 16-5 run to close to 50-48 with 14:18 to go, powered by three buckets by David Hughes.  A Jeremiah Rivers layup gave Rutgers back a two-possession advantage, and the Raiders went up by nine points again when CSI then went through a series of miscues, turning the ball over 7 times over the next five minutes.
The resilient Dolphins never quit, and finally, an off-balance and very deep three-pointer by Dale Taranto made it just a 71-68 game with :57 remaining.  In the clinching moment of the game, RU then whittled the shot-clock down and CSI forced an off-balance shot by Burgos with 23 ticks to play, but the shot hit the back iron and took a long rebound, ending right back in Burgos’ hands.  He was then fouled and made both ends of his free-throws to shift momentum to the Raiders and preserving the win.
CSI shot a crisp 50% (29-58) in the loss, victimized by 19 turnovers, and only a 5-10 performance from the line and 5-of-19 from behind the arc (26%).  Jordan Young led the Dolphins with 21 points, adding seven rebounds.  Taranto posted 12 markers to go with seven assists, while Magliore notched 11 points and Van Manen 10.  RU’s Burgos led all scorers with 27 markers, while Muhammad posted 12.
For CSI, their season ends with a 17-11 mark and a berth into their 16th ECAC postseason and first in three years.  The team’s last ECAC championship was garnered in 1986.  The Dolphins have posted improved win totals in each of the last two seasons. 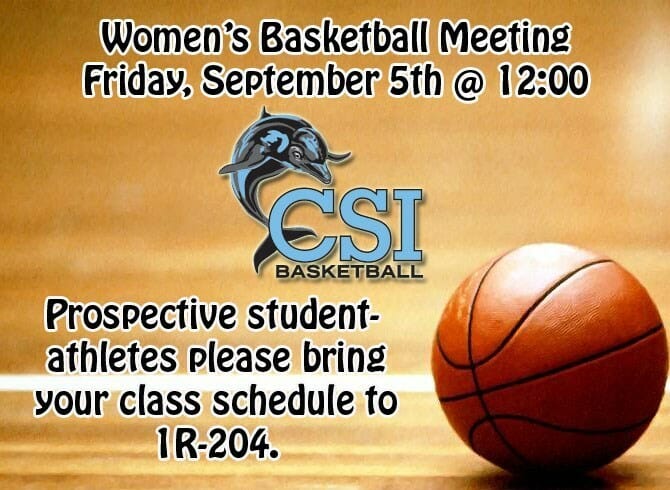 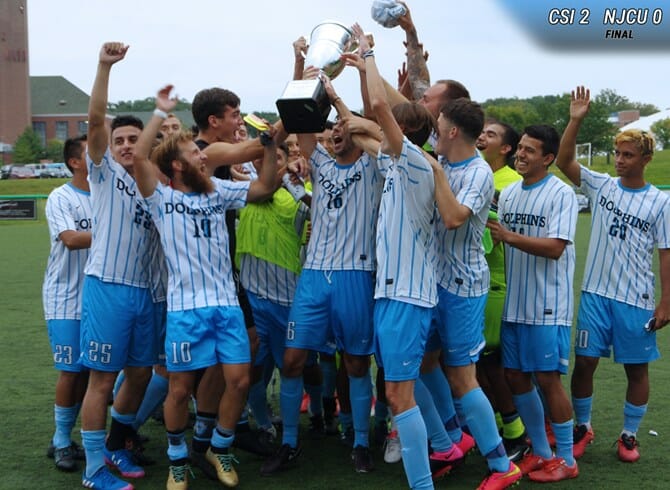 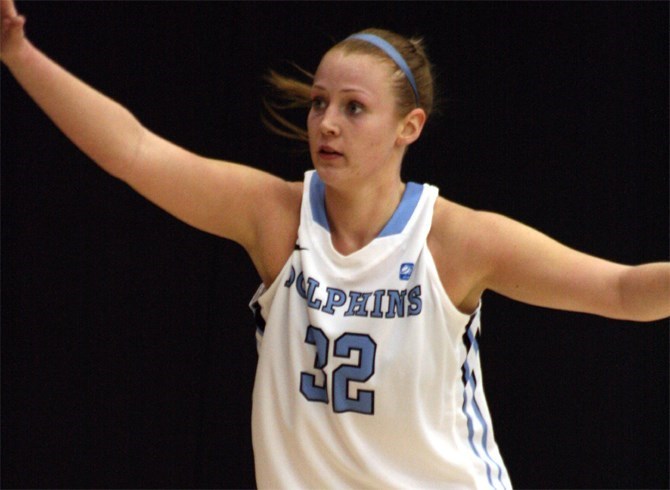