College of Staten Island men’s baseball star Joey Falcone has had quite a year.  As a rookie on the CSI baseball squad, the returning student on campus won CUNYAC and ECAC/Metro Rookie of the Year honors en route to CSI’s 15th postseason tournament championship.  The rightfielder was also featured in the New York Daily News and Staten Island Advance, mainly due to his unconventional return to the classroom.  Falcone did three tours in Iraq and Afghanistan before tearing up the diamond.

Most recently, Falcone was featured on Jim Meier’s internet radio show “Championship Thinking in Sports”.  The show takes an in-depth, introspective look into the minds of professional and amateur coaches and athletes as they navigate through the underbelly of their sport.  More than a news piece, Meier’s delves into Falcone’s motivations as a teenager to join the Armed Forces, his personal experiences overseas, and his passion for baseball and donning CSI’s uniform.

The broadcast is available for live streaming here. 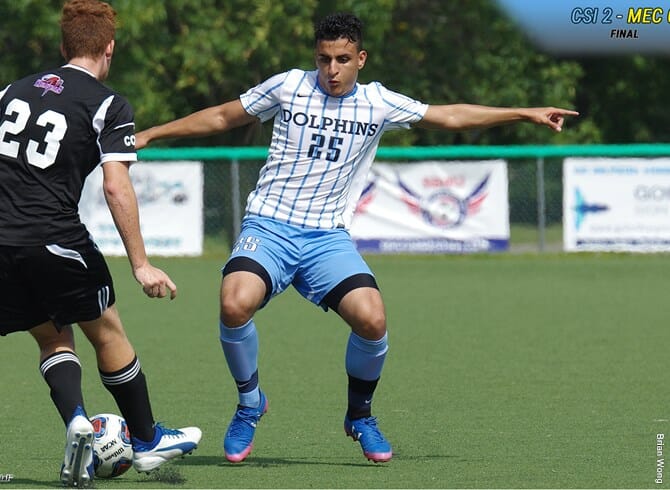