The College of Staten Island men’s basketball season opener ended in heartache, falling at the hands of host Lycoming College in the school’s 14th annual Tip-Off Tournament, 90-86, in overtime.  Ihsaan Davis’ buzzer-beating half-court shot at the buzzer in regulation tied the game and a crucial travelling violation on what looked to be the game-tying basket by Jordan Young in the closing seconds of overtime marred CSI’s bid for a win, as the team fell to 0-1 while Lycoming improved to 2-0 overall.

In a well-played game by both teams over the course of 45 minutes, the teams exchanged blows in the first half, as CSI finally emerged ahead on a Bloochy Magloire trey at 11:21 to give CSI a 22-19 lead after the game was tied six times in the opening eight and a half minutes.   CSI extended to five points twice before a Patrick Dougher three knotted the game at 26-26 with 7:21 to go.  The Warriors seized back the lead at 4:07 with a John Ryan Wolff basket, but another Magloire three-ball, part of 21 first half points for the sophomore sparked a 9-1 CSI run to end to frame, giving the Dolphins a 42-36 cushion at the half.

A 6-0 CSI run in a two minute stretch gave the Dolphins a commanding 12-point lead, 56-44, aided by consecutive layups by Dylan Bulger and Jordan Young.  From there, however, Lycoming began to trim at the lead, as CSI was also prone to the foul, committing eight of the first nine fouls in the second frame that helped the Warriors spark an 13-1 run that gave them a 70-67 lead with 5:12 to go.  LC’s Kevin Anthony scored 9 points in the run, and the home squad seemed to wrestle control away from the visitors.

After the teams traded baskets, CSI’s T.J. Tibbs nailed a long-range three-pointer at 2:46 while being fouled tying the score at 72-72.  Unfortunately, Tibbs did not connect on the free-throw, and LC made them pay by converting on their next two possessions via the charity stripe as CSI continued to get whistled, sending Lycoming to the line with the clock idle.  But CSI, seemed to get the upper hand, as Magloire connected on a long two-point jumper, to put CSI up 78-77.  With seven seconds to go, LC’s Michael Rudy missed a three-pointer that rattled in-and-out, and CSI collected the rebound.  Forced to foul, Magloire was sent to the line with 1.3 seconds to go.  The sophomore calmly sank both free-throws, forcing the Warriors into a desperation heave at the buzzer.  Unfortunately, Davis proved up to the task, launching a ball from the near side from just beyond half court as the ball touched nothing but twine to send the game into overtime.

Lycoming never trailed in the overtime, scoring six of their final 10 points in the extra frame via the foul line.  CSI did have their chances though.  A three-point basket by Dale Taranto, his only basket of the game with 23 seconds left, cut a Lycoming lead down to one, 87-86.  Lycoming then held an 88-86 lead with seven ticks remaining, and Taranto again launched a three.  Unbelievably, CSI’s Jordan Young came down with an offensive board and his put back off the glass while being draped by two defenders went in.  It appeared that Young was fouled on the play, but instead, the whistles blown were because Young was flagged for travelling in what was an obscure call that the officials never did signal.  It proved an exclamation point in a frustrating final few minutes for the Dolphins, who saw a number calls not go their way.  CSI fouled on the next possession and the Warriors fittingly iced the game at the free-throw line.

Lycoming’s winning effort was guided by Anthony’s 23 points, next to Davis’ 18 points and five rebounds.  CSI was paced by Magloire’s career-high 33 points, while Tibbs chimed in with 24 points, 10 assists and seven rebounds.  Young added 11 points and a game-high 13 rebounds.  Lycoming finished 18-of-27 from the free-throw stripe, which included a 12-for-17 clip in the final seven minutes of the second half and overtime.  CSI finished 12-of-18 from the stripe.

CSI will face off against Adrian College tomorrow at 2pm, while Lycoming will host Hunter College at 4pm. 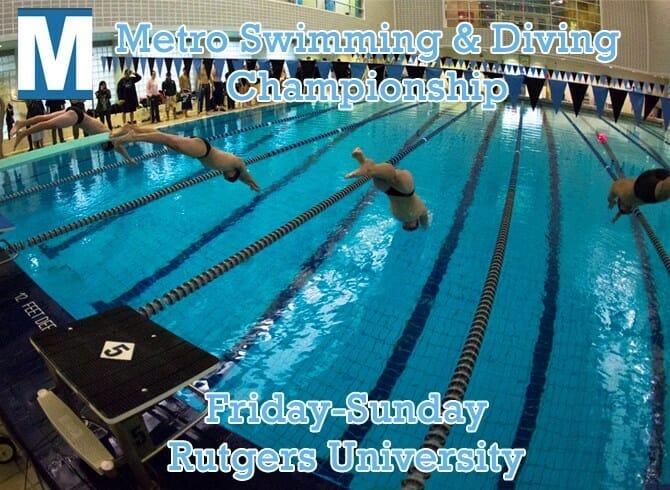