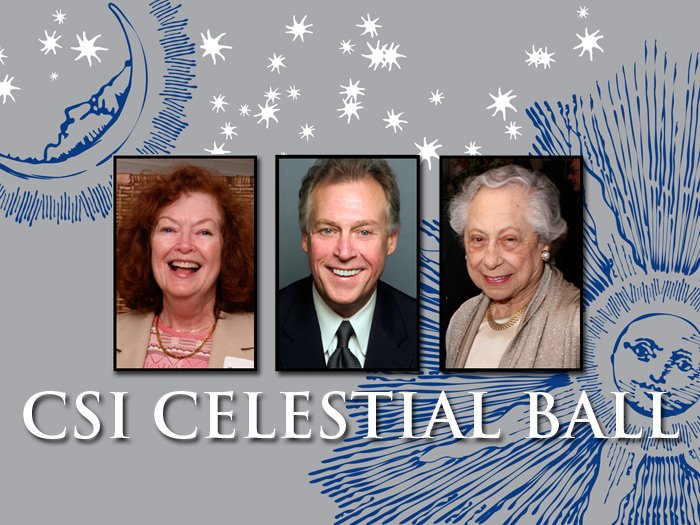 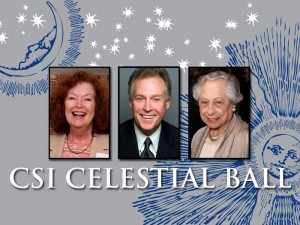 The College of Staten Island will host its third annual scholarship gala, the “CSI Celestial Ball: Reaching for the Stars,” on Saturday, December 3, 2011 at the Richmond County Country Club. The reception begins at 6:30pm.

This year’s honorees will be Denis Hughes (Hon. ’11), President and CEO of the New York AFL-CIO; Dr. Mary O’Donnell, Chair of the CSI Department of Nursing; and Mrs. Rose Volpe, community activist and wife of the late Dr. Edmond Volpe, former CSI President.

The Celestial Ball raises much-needed funds for scholarships and student support, allowing our students to give more attention to their studies and their academic success. As a result of their achievements and hard work, many of the College’s graduates effect change in the community through successful careers, and other students continue their education at some of the country’s top graduate, PhD, and MD programs.

CSI students, many of whom are first-generation college students, represent more than 80 countries. Although students come to CSI from all five boroughs of New York City and parts of New Jersey, three-fourths are from Staten Island. In addition, the College’s 55,000-strong alumni are interspersed throughout a vast spectrum of disciplines and professions, and 30,000 of them reside on Staten Island.

Committee Chairs include Joseph Ricciutti, Executive Director, University Event Management at Columbia University, and CSI alumnus with a BS in Business Management (’94); Dr. Christine Cea, President of CSI Foundation Board, scientist at the Institute for Basic Research, and CSI alumna with a BA in Psychology (’88); and Donna Fauci, member of the Board of Directors of the CSI Alumni Association and CSI alumna (’96, ’03).

Tickets to the black tie-preferred event cost $250 per person or $450 per couple, and are tax deductible, as allowed by law. Responses are requested by November 18, 2010.

Sponsorship at the $25,000 and $50,000 levels will include the option to sponsor a “named endowed scholarship” opportunity at CSI. Support of $10,000 includes a limited named scholarship for three years. The scholarship can be given criteria, such as minimum GPA, based on academic excellence, or by major (i.e., Engineering, Nursing). There are many more benefits to these sponsorship levels, as well as additional sponsorship categories. Journal ads are another way to provide your support.

The CSI Celestial Ball, on Saturday, December 3, 2011, will begin with a reception at 6:30pm, and a four-course dinner and program at 7:30pm. The Richmond County Country Club is located at 135 Flagg Place, Staten Island, New York. Valet parking will be provided.

For tickets and more information, call the CSI Advancement Office at 718.982.2365 or visit the CSI Foundation Website.

Mr. Hughes became a union member at the age of 16 when he joined the Retail Clerks Union.

Upon his election as President of the New York State AFL-CIO, Mr. Hughes made creating a more mobile, active, and aggressive statewide labor movement a top priority. He set a tone and led the way in developing a proactive legislative, grassroots, and political statewide strategy.

In 2008, President Hughes was appointed to a three-year term as a Commissioner of the New York State Insurance Fund.

In October of 2008, he was appointed to the New York State Commission on State Asset Maximization, which was established under Governor Paterson to examine the role of public-private partnerships in the long-term economic growth of New York State.

Also in 2008, President Hughes was appointed by the Governor to serve as a Board Member of the New York State Racing Association.

Denis Hughes is a graduate of the Empire State College, with a Bachelor of Science degree in Labor and Industrial Relations.

DR. MARY E. O’DONNELL is the Chair of the Department of Nursing at the College of Staten Island.

Also, an Associate Professor in the Department,  Dr. O’Donnell has been associated with CUNY since 1968 as Assistant Professor at Staten Island Community College and she has been at CSI for 38 years. Throughout her association with CSI and CUNY, Dr. O’Donnell has served the College, University, and community by preparing generations of nurses and has been instrumental in the advancement of nursing education on Staten Island.

Over the years, she has participated and provided leadership that has resulted in the expansion of CSI Nursing programs from the associate’s degree program in the early days to a full range of educational offerings including baccalaureate, master’s, and doctoral degree programs. Dr. O’Donnell’s leadership has been instrumental in building upon the use of the newest pedagogical tools such as state-of-the art simulation laboratories, achieved through seeking out and securing funding. She is also engaged in interdisciplinary research, has published in her field, secured grants, and has presented her work internationally.

In addition, Dr. O’Donnell has served as the Chair of the CUNY Nursing Discipline Council for approximately six years and she has been recognized by her discipline, the community, CSI, and CUNY for her contributions through teaching, scholarship, service, and leadership.

Dr. O’Donnell has been married to her husband, Jim, for 43 years. They are the proud parents of three children and one grandchild.

MRS. ROSE M. VOLPE is a community activist, a founder of the Friends of CSI, and widow of Dr. Edmond L. Volpe, the first President of the College of Staten Island.

Mrs. Volpe, a former music teacher, was very active in encouraging extracurricular music and theater programs at the College, and in bringing cultural exhibitions and productions to the campus.

She and her husband were very involved in initiating the Friends of the College of Staten Island, and, for many years, Mrs. Volpe served as an organizer of the Starlight Ball, a fundraising event for College scholarships.

She was also very active in the International Festival, which celebrated diversity on Staten Island, and facilitated a number of CSI scholarships with donors.

Dr. and Mrs. Volpe’s family includes daughters Lisa Volpe and Rosalind Volpe Goodwin, and two grandchildren. Mrs. Volpe is originally from New Haven, CT, and lived in Manhattan prior to her and her husband’s move to Staten Island with their family.

Mrs. Volpe remains active in supporting the Edmond L. Volpe Library Fund and the Rose M. Volpe Music Scholarship at the College of Staten Island. Mrs. Volpe is a graduate of the University of Connecticut.