Dom Irrera’s stand-up material was honed in a multigenerational Italian household in South Philadelphia with a mother, sister, grandmother, uncles, cousins, and even a great grandmother who lived across the street. Together he has three floors and four generations of comical stories and characters. Irrera got his start on the HBO comedy special, Rodney Dangerfield’s Nothing Goes Right. Since then he has gone on to be a six-time American Comedy Award nominee and appeared on popular late-night talk shows, such as The Tonight Show with Jay Leno, The Late Show with David Letterman, and Late Night with Conan O’ Brien. Irrera has also made guest appearances on popular CBS comedies like, Becker, Everybody Loves Raymond, and The King of Queens. He also made a cameo appearance in the 1998 cult-comedy The Big Lebowski.

Bobby Collins is a New York native and a 15-year comedy veteran who has gained critical praise from top newspaper publications such as, The New York Times and USA Today, among others. This has created tremendous word of mouth for Collins who has sellout shows, three comedy CDs, and is earning himself an enthusiastic fan base. With his brand of humor, Collins is a storyteller. Unlike many comedians who rely solely upon the clever use of words and ideas to entertain an audience, Collins’s heartfelt humor engages audiences with a hilarious blend of characterizations and spot-on observations to which everyone can relate. His new DVD, Bobby Collins: Live From New York City, was released this month.

The CSI Center for the Arts is supported in part by the Richmond County Savings Foundation, a gift by the Carnegie Corporation made possible by an anonymous donor, Con Edison, New York State through the efforts of the Staten Island Delegation to the State Legislature, the New York City Department of Cultural Affairs, Northfield Savings Bank, the Nicotra Group, the SI Bank & Trust Foundation, Time Warner Cable, and by our many business and individual patrons. 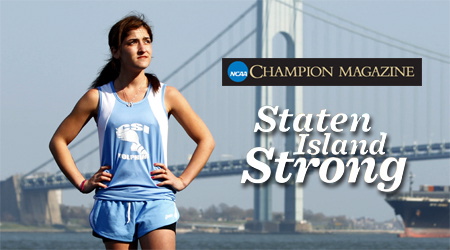