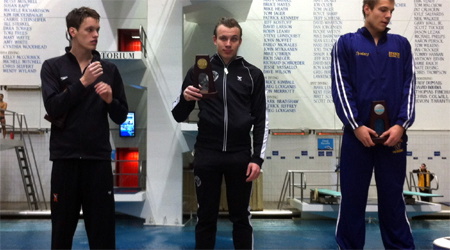 The College of Staten Island’s collection of men’s swimmers did not wait long to make a splash at the NCAA Division III National Championship at the IU Natatorium in Indianapolis today, grabbing a bronze medal and placing in two events overall on the first day of the championship event that takes place throughout the weekend.  Sophomore Danila Novikov was the shining star on Day One, taking the bronze in the 200-yard Individual Medley, shattering a CSI record in process.  Teammate Andrey Tarasov placed 16th in the same event, and later, the foursome of Vladislav Romanov, Timur Rakhimov, Yury Zimarev and Novikov, raced to a 14th-place finish in the 200-yard Medley Relay, capping an outstanding evening.

Before the Dolphins could compete for the right to medal, the team had to qualify in morning preliminary events.  The 200-yard Individual Medley was the third event overall, so the CSI twosome of Novikov and Tarasov were put on display early.  Novikov came in to the preliminary seeded fourth with a time of 1.50.55, just a half-second behind the overall leader Paul Dyrkacz of Williams College.  Novikov did not let down, beating his very own mark and coming in at 1.50.08, good enough to improve to third overall going into the evening final.  One heat later, Tarasov raced in with a time of 1:51.89, bettering his own season mark by nearly three full seconds, landing him a place in the final as well.

When play switched to the evening, the swimmers stayed true to form.  Novikov was exceptional, posting a time of 1:49.55, a personal and CSI record, shaving one full second off of his prior season best.  Unfortunately, the two racers ahead of him also put up tremendous numbers.  Jeffrey Depew of Redlands College posted a sensational mark of 1:47.60, earning gold, while Dyrkacz finished second at 1:48.43.  The top time was just over a half second behind the all-time national record.

Meanwhile Tarasov came in a 1:52.40, enough to take a 16th-place finish and earning points for CSI as a team.  Despite posting a slower mark in the final than the prelim, Tarasov’s time was exceptional based on his sophomore regular season, making him a surefire favorite to post great results in years to come.

As a team CSI did exemplary in the 200 Medley Relay.  Only the top 16 relay teams are invited back for the evening final, and of the 24 total teams, CSI ranked 20th coming in, meaning they would need a great showing just to qualify for the evening heat.  CSI got exactly that, jumping up six spots to 11th place with a strong 1:32.60, a time that guaranteed them a spot in the final.  Once there, CSI did slip down to 14th overall with a time of 1:33.25, but the placing was enough to give CSI quality points.  Kenyon won the event overall with a time of 1:28.86.

After one complete day, CSI is in 15th place overall with 23 total points.

Play resumes tomorrow for the Dolphins.  CSI will compete in both the 200 Free Relay and 400 Medley Relay as a team, and individually, Novikov will compete in the 400-yard Individual Medley while Zimarev tried his hand at the 100-yard Butterfly. 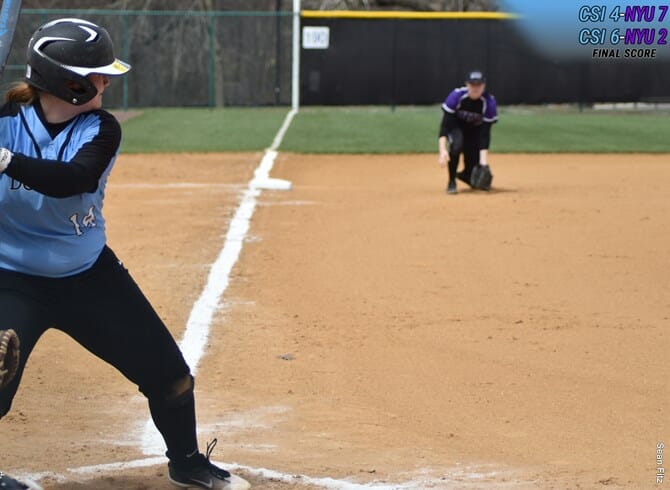 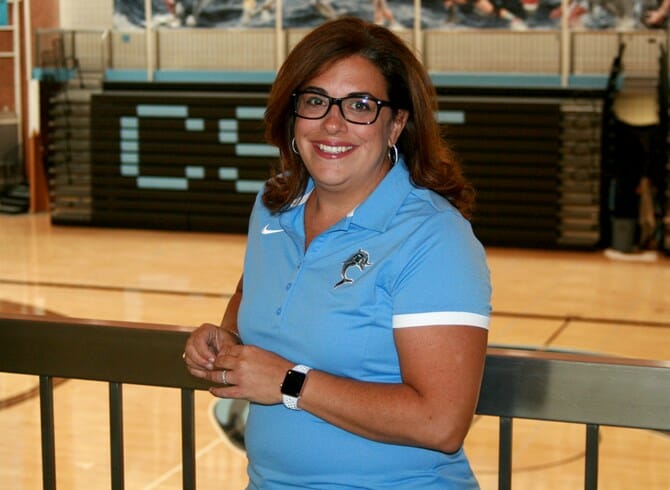