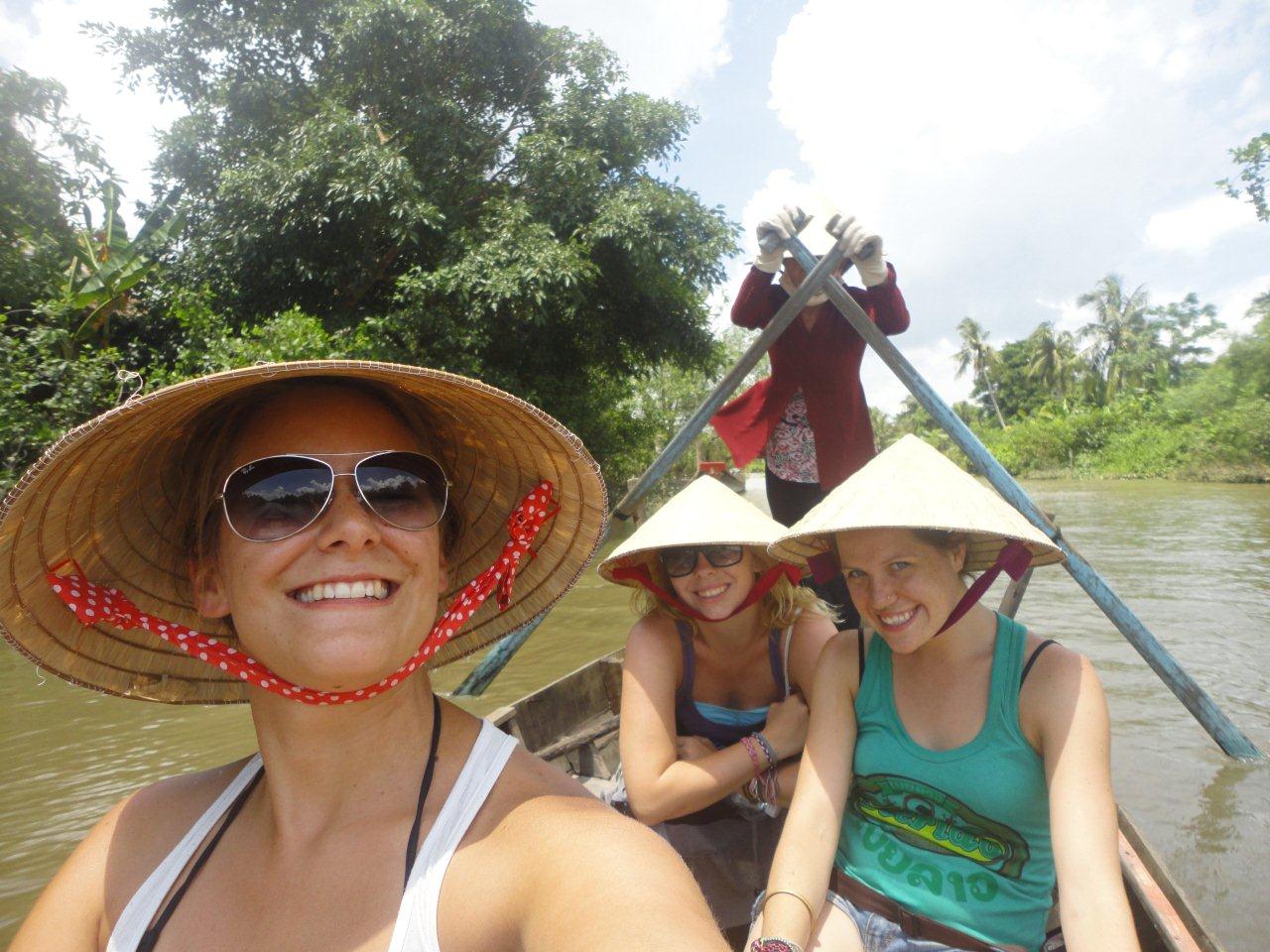 I had the amazing opportunity of spending the spring 2011 semester as an exchange student in Hong Kong. Hong Kong opened up my life to so many possibilities. Compared to CSI, City University of Hong Kong was quite small but it’s the location that matters. Hong Kong is such a fascinating city with very intriguing people and places. It’s a big city much like a New York. It reminded me of being in Manhattan all the time. There’s an underground train, lots of lights, big skyscrapers, and tons of people. There are 7 million people living in that small city! Ninety five percent of the people are Chinese and speak Cantonese. Less than half of the people speak English. Part of the excitement of living there was just trying to communicate!

There were over 200 other exchange students so I made friends from all over the globe. My best friends were a Dutch girl and an English girl. They taught me new things everyday. I plan to visit them in Europe sometime in the next year. I’m excited because I have never been to Europe and will have people to show me around. I also made friends with local students. Some locals were intimated by me (and other exchange students), but most of them were interested in getting to know exchange students. A few locals from my class took me for dim sum and showed me the best places to eat and go shopping.

I lived in the student residence halls which were right up the block from campus. I shared a bedroom with one roommate. My roommate was a local girl named Kaki. After living there for a couple of months, she confessed that she didn’t understand a word I said in the beginning! Fortunately over time (and with me speaking a bit slower) her English listening and speaking skills strengthened and communication became easier. It was fun having a Chinese roommate. Kaki has family in mainland China and I got to spend Chinese New Year with her and her family in Guangzhou, China! It was awesome. I learned Cantonese culture, Chinese culture, Hong Kong culture (which actually are all different) and all about the lunar new year. They even gave me lots of red pockets with money inside and I didn’t even know them! It’s considered tradition for married people to give red pockets to single people; they believe its good luck. Communicating with her family was interesting as they spoke only a few English words and I spoke only a few Chinese words. My roommate’s six year old brother taught me how to count to ten in Putongua (Mandarin). He speaks Cantonese and is learning Putongua as well as English in school. It is typical for all children in Hong Kong to be learning all three languages at five years old.

By the time I came back home, I knew how to say hello, goodbye, thank you and “Bring me to City University of Hong Kong dorms please” in Cantonese. I took a Mandarin Chinese (Putongua) level 1 course so I learned very basic conversational Mandarin.

Living in Hong Kong gave me so many new experiences. I visited many of the tourist hot spots such as the Big Buddha on Lantau Island; the 10,000 Buddhas monastery; LKF or Lan Kwoi Fung which is the clubbing district; Mongkok, the shopping district; Lamma Island, and Victoria Peak which took hours of hiking to reach the top! I have tons of great photos full of fun memories that I will never forget.

I was also able to travel a lot while I was abroad. Hong Kong is the perfect gateway for travelling Southeast Asia. I went to multiple cities in mainland China including Guangzhou, Shenzhen, Huizhou, and Beijing! I also went to Macau, Philippines, Singapore, Indonesia, Thailand, Laos, Cambodia, Vietnam and I stopped for a day-long layover in South Korea on my journey back to New York. I saw so many places and new things; I learned about various Asian cultures. I tried eating chicken feet, locusts, crickets, lots of strange Chinese food, Thai food, and drank snake blood. It may not sound appealing, but believe me it was all a great adventure! I pet tigers, rode an elephant, also rode an ostrich, and spent weekends watching the sunset (and sunrise) on beaches in many different countries. I made friends all over the world. I learned a lot about other cultures and people and about myself too. I had the experience of the lifetime studying abroad on exchange! Most people are very surprised to learn that travelling to Asia was actually my first time outside of the United States.

(Katrina is a proud graduate of Susan Wagner High School.)