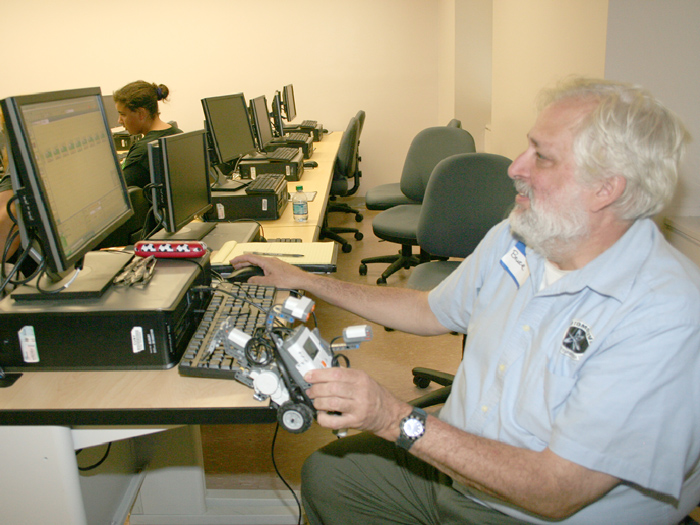 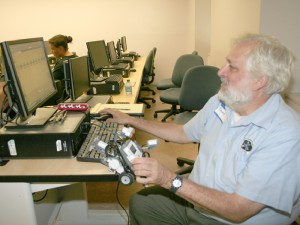 Bruce Rajswasser, a teacher and robotics coach at Curtis High School, programs his robot for the robot-dance competition.

The College of Staten Island Computer Science Department welcomed more than 40 middle and high school educators from the tri-state area, Pennsylvania, and Rhode Island, to a “Computer Science 4 High Schools” (CS4HS) workshop designed to teach teachers about computational thinking and its use in the classroom.

The workshop, funded by a $15,000 grant by Google, introduced the teachers in attendance to computational thinking, a term coined by Jeanette Wing from Carnegie Mellon University, which basically encourages people to think like a computer scientist by taking a problem and breaking it up into smaller solvable problems until they are able to rebuild the solution to the larger problem with the smaller solutions.

[youtube]http://www.youtube.com/watch?v=Hi5gzp9lXEI[/youtube]“The idea is that we should do reading, writing, arithmetic, and computational thinking,” said Dr. Susan Imberman, Associate Professor of Computer Science at CSI. “There is not one single field in this world that has not been touched by computer science,” she added. “Technology has evolved so much from the point where to be computer literate meant knowing how to use a word processor, to now where you really have to know how to program a computer—Just about every job requires you to have logical thinking skills.”

During the two-day workshop, the attendees were introduced to SCRATCH, a free program that allows people to program their own interactive stories, games, and animations—and share those creations with others in an online community. Developed by the Lifelong Kindergarten Group at the MIT Media Lab, SCRATCH introduces students to programming and to make use of logical thinking and creativity.

The other applications that attendees learned were App Inventor, which teaches students to create their own apps for Android phones, and CS Unplugged, which shows how to do computational thinking without computers.

During the final portion of the workshop, the educators learned how to program robots to perform simple commands. The workshop ended with a dance off, where the teachers programmed and danced with their robots, with the goal, again, of making use of a student’s creativity and tasking them with using logical reasoning to program the robot’s dance steps.

Bruce Rajswasser, a teacher at Curtis High School and CSI alumnus, is a true believer of using programming and robotics in the classroom. “Kids learn the basics of engineering, form, design, and math when using robotics,” he said while programming his robot’s dance moves.

Adding to that, Dr. Imberman noted that the robotic portion can really take hold of a student’s imagination because “students love to do things with real-world applications.” Also, Mohammed Azhar, a member of BMCC’s faculty who trained the teachers on programming the robots said, “making a robot move is more exciting than getting a program to type ‘hello’.”

When asked what she hoped the educators would get out of the workshop, Dr. Imberman said, “We want teachers to take away a set of tools that they can take with them into the classroom, no matter the grade level—in essence, if you have a computer in your classroom, or even if you don’t, you can teach your students how to think like a computer scientist.” 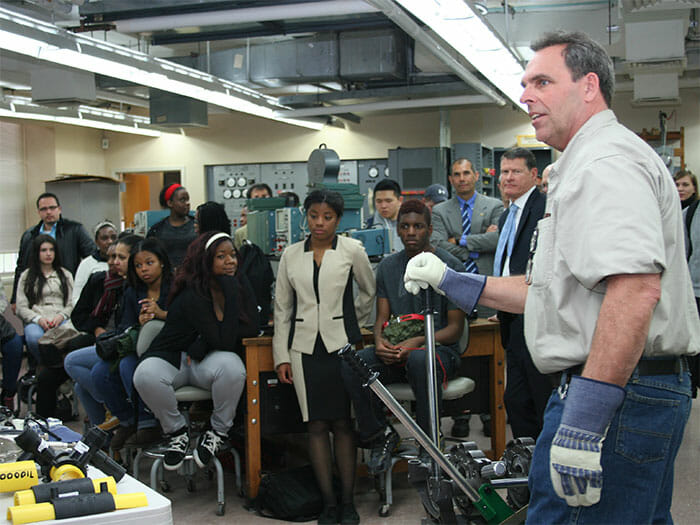 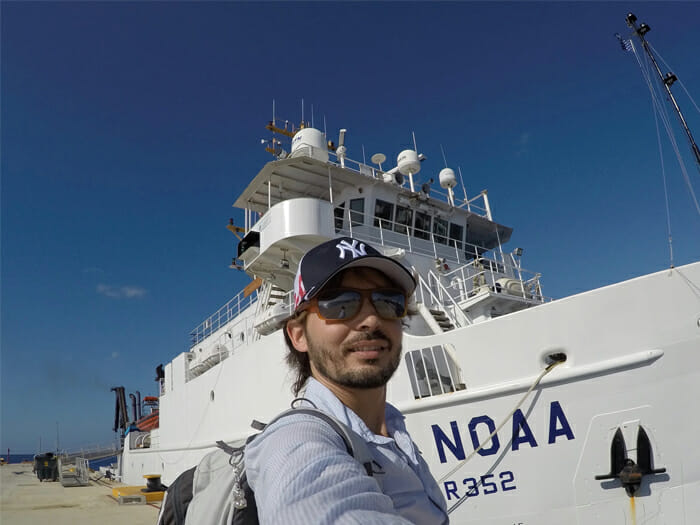 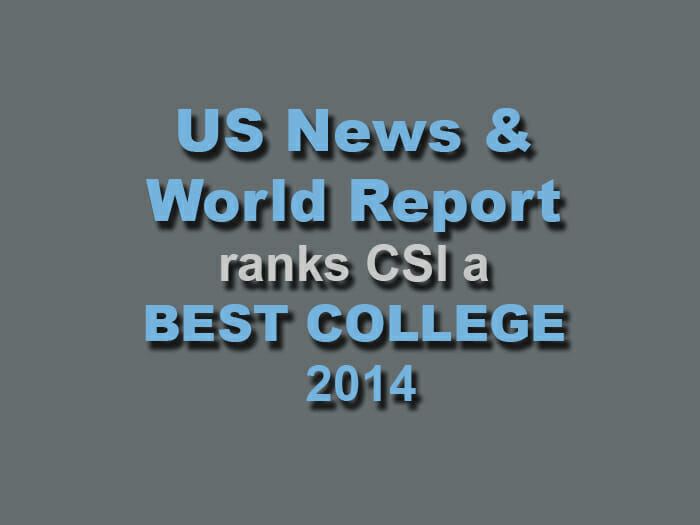 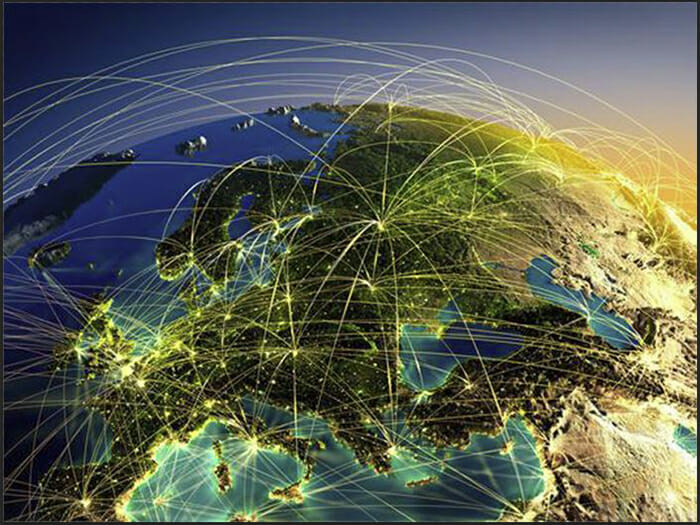