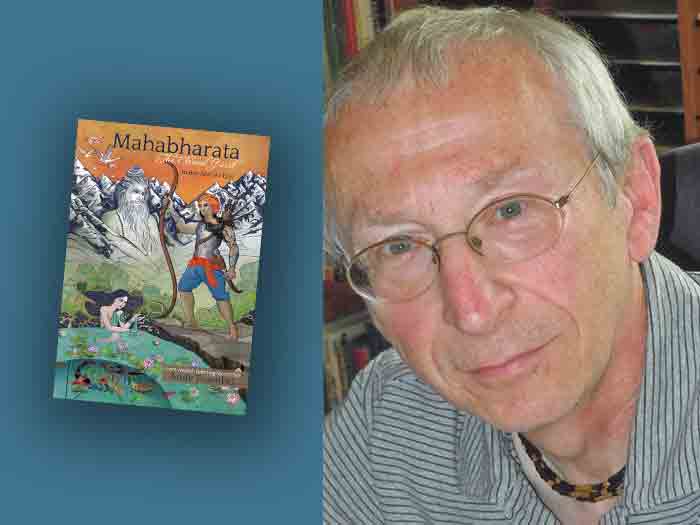 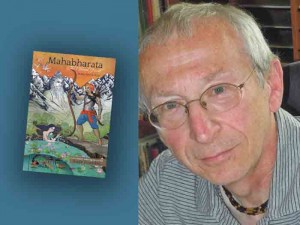 Andy Fraenkel was among the first incoming class when the new Richmond College opened its doors at St. George. He enjoyed reading and writing, and was one of the founders and editors of the College’s first literary magazine, Dying Gardens. Spending a good deal of time in the College library, he  discovered an old book, The Indian Story Book (1914) by Richard Wilson, about India’s ancient stories, which included some from the epic Mahabharata. The book jumped out at him–an old collectable that started him on a journey that he continues to this day. Fraenkel, majoring in Theater, turned one of the Mahabharata stories into a one act play. His theater class decided to use his piece as one of four plays they performed for elementary schools on Staten Island.

After graduating in 1970, Fraenkel left New York and over the years was involved with several regional theater groups, including the long-lived Broom Street Theater in Madison, WI. In the  early 1980s, he formed his own group, the Theater of Understanding, and staged stories from world cultures. Eventually, Fraenkel made several trips to India, which helped shape a full-length, two-man Mahabharata drama that appeared Off Broadway in 1987 at the American Theater of Actors in Manhattan.

After suffering a heart attack, Andy transitioned to dramatic storytelling, became a member of the National Storytelling Network, and began offering multicultural storytelling programs and workshops in schools, colleges, libraries, museums, and special events. He was to receive a West Virginia Artist Fellowship Award for his work. Information about his professional programs is available online.

Now, with the recent publication of his book, Mahabharata: The Eternal Quest, Andy Fraenkel has come full circle since the time he first discovered The Indian Story Book.  He had started working on his Mahabharata manuscript in 2000. He explains the intent of his rendition was threefold, “to deliver the story as good literature, to give it a cinematic slant, as potentially the basis for a film, and to keep it at a length that could easily be studied in college classrooms.”

Since he doesn’t read Sanskrit, his primary source was Kisari Mohan Ganguli’s monumental, first-ever, complete English translation, completed in 1896 in 12 volumes. “Writing Mahabharata was like going on a journey,” says Fraenkel. “Sometimes it was exhilarating. Sometimes it was discouraging. I wondered if I could really pull it off successfully. I would stop writing for months at a time and go on to other projects. Ever so gradually, the manuscript came together. I tried to find the unique elements of each part of the story. Over the years, writing Mahabharata has been a wonderful meditation for me. An old Hindu monk in India told me, ‘Once you let the story into your heart, it will never leave you’.”

To learn more about his book, visit the Mahabharata Project Website. 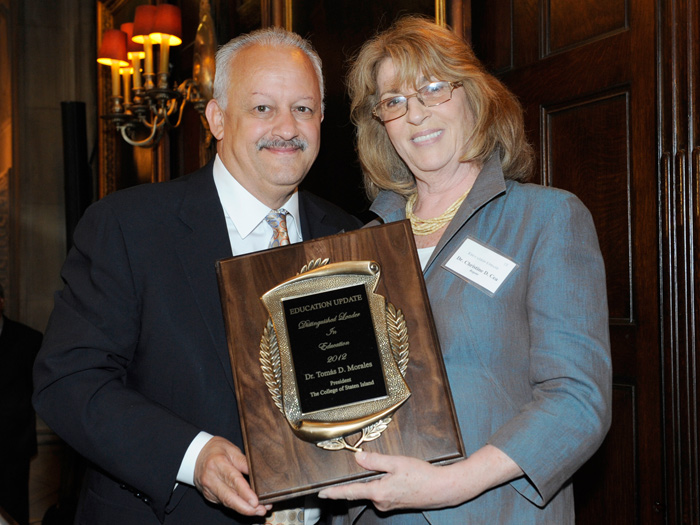 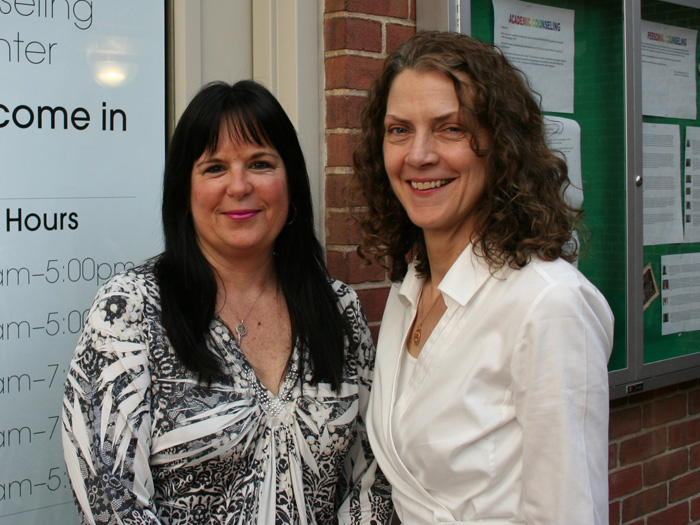