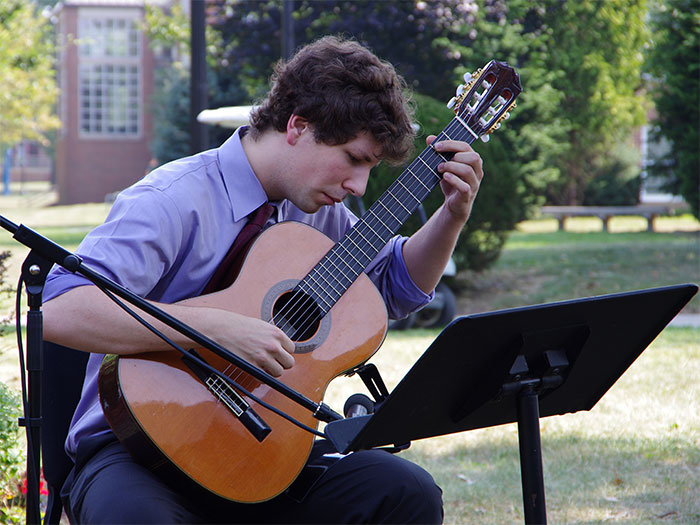 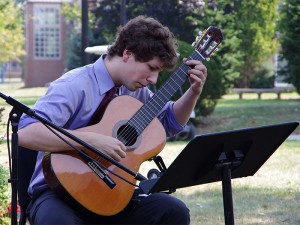 The noon program at the World Trade Center Memorial on the Willowbrook campus included a somber acoustic guitar performance and an emotional poetry reading with speeches noting the tragedy.

Cate Marvin read an unpublished poem about the challenges of writing in the aftermath of 9/11, and Stephen Flannery punctuated the ceremony with a serene acoustic guitar selection.

The school’s memorial was the first in the country to be erected using actual steel debris from Ground Zero.

Victims were remembered, including the 27 CSI alumni killed 12 years ago in the attack.

“It does not seem possible that twelve years have now passed since the tragic events of 9/11,” Fritz said. “Time stands still as the memories of that day and its aftermath remain eternally close to our hearts — eternally in our minds. We will never forget those whom we lost. We will never forget the families, friends and loved ones who continue to heal from this indescribable tragedy.”

This article originally appeared in the Staten Island Advance and silive.com and is reprinted here with permission.

The College of Staten Island World Trade Center Memorial Garden features a granite stone engraved with the names of 27 Alumni: 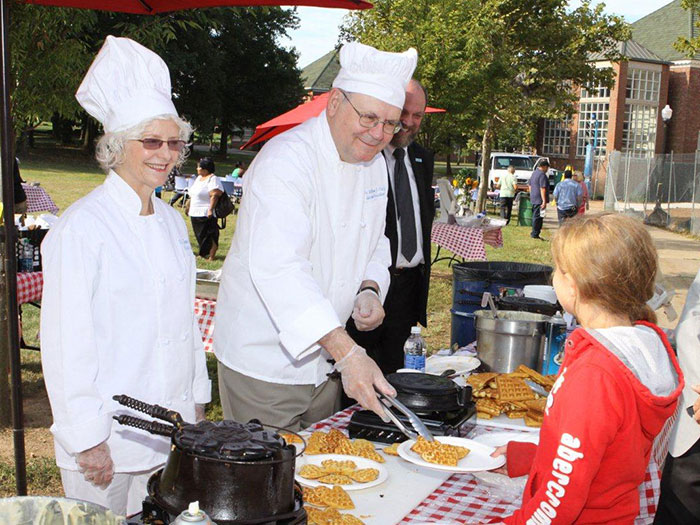 Student Leaders Get Some Zing!