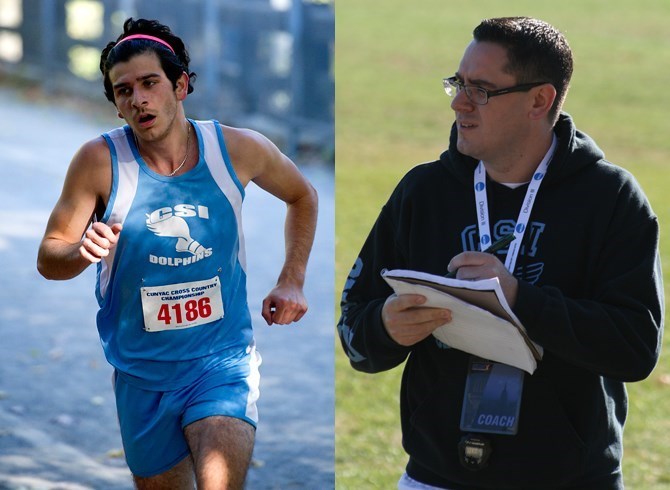 The College of Staten Island men’s and women’s cross-country programs continue to receive good news.  Just days after bringing home the College’s first-ever Men’s Cross-Country Championship, the conference announced senior runner Andrew Pate as it’s Men’s Performer of the Year, while fifth-year head coach Robert Russo took home Coach of the Year honors.  Both were the first such honors ever recorded in team history.  The Dolphins also recording All-Star citations for Justin Mills, Kenneth Morella and Samuel Obisanya on the men’s side, and another for sophomore standout Victoria Barry on the women’s side.