Trouble on the Border: How Drugs and Violence Have Shaped Place 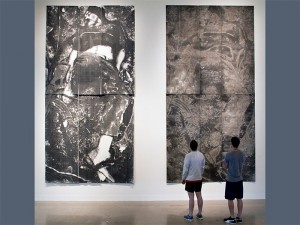 Ciudad Juaréz was the world's most violent city in 2010 averaging 9.9 murders a day. Image courtesy of Miguel Aragon.

A creative artist and a political scientist team up to explore the many challenges of the drug trade on the U.S./Mexico border.

The result of cross-departmental communication, this event will ask an artist born in Juarez, Mexico (Aragon) and a geographer (Gilbreath) to use their respective disciplines to shed some light on the U.S/Mexico drug trade and the repercussions it has for all involved, whether it be directly or indirectly.

Miguel A. Aragon, a CSI professor teaching printmaking, has been creating art based on the Mexican war on drugs since he first moved away from Juarez as a young man. He noticed that his attitudes toward the violence occurring in his hometown changed once he became an outsider. His art attempts to bring the violence of the drug trade to the forefront and ask the question, “How much do citizens blind themselves to the violence happening all around them?”

His technique involves using a laser engraver to burn images of dead cartel members he has gotten Juarez newspapers and online blogs onto cardboard, which then leaves a layer of soot that he transfers to paper.

“I wanted the medium of my art to supplement the idea,” said Professor Aragon about his choice of using a laser engraver. In his Artist Statement, Aragon talks about using “a violent process” as an echo of the violent subject matter. “The process creates a more lasting moment for the viewer, it forces the viewer to engage with the image and offer a sense of catharsis.”

Aragon met Professor Gilbreath during new faculty orientation and realized they were studying the same subject through different lenses.

Professor Gilbreath began studying the evolution of drug trafficking in Mexico by studying the regionalism of the methamphetamine trade—87 percent of which comes from Mexico. In contrast to Professor Aragon’s artist’s view of how people experience the drug trade, Professor Gilbreath focuses on the geography. “As a geographer, I am interested in the connection the trade has to a place,” he explained. “A geographer is going to look at this from a spatial perspective.”

“Trouble on the Border: How Drugs and Violence Have Shaped Place” will be moderated by Associate Professor of World Languages and Literatures, Oswaldo Zavala. The presentation is the first of the 2014 spring semester Dean’s Symposium that will take place Tuesday, February 18 in the Center for the Arts (1A) Recital Hall with the first of three thought-provoking symposia.

When asked how this discussion would be relevant to the average Dean’s Symposium attendee, he answered that “as taxpayers, we are involved whether we know it or not.” The concentration of federal resources on the border is striking to anyone traveling through the region. So many resources have been directed there, but the outcomes are disturbing and filter across the country.

Sponsored by the Division of Humanities and Social Sciences and the Department of the Library, the symposia, which are open and free to the public, aim to foster conversations that stimulate the intellect, introduce new perspectives, and engage our emotions. They are also a wonderful occasions for faculty from different disciplines to come together to create a discourse about shared interests.

Deborah Popper, CSI Professor of Geography and Faculty Fellow in the Office of the Dean of Humanities and Social Sciences, had a hand in pairing many of the professors from the various departments. She said we often “do not know what our colleagues are up to.” She calls the Dean’s Symposium “a chance for us to learn about and celebrate each other’s work.” Just as importantly, she believes these events “give students the opportunity to listen to Professors speaking about their work outside of the classroom setting. This view of them can be especially inspiring.”

Dr. Popper will be speaking at the second Dean’s Symposium on March 27, titled “Living with Animals—Meet Meat: Three Angles on What We Eat and Its Effects on Land, Community, and Self” which will offer reflections on the organization of meat production involving speakers who have personal experience to the topic: CSI Interim President Dr. William Fritz who grew up on a cattle ranch and has a herd of heritage cattle, Dr. Jean Halley, Associate Professor of Social Work, who was raised in a cattle ranching family, and Dr. Popper has spent years an advocate for bison restoration.

The third and final spring Dean’s Symposium event will take place on April 29 and will involve Patti Gross and Dr. Hosu Kim, a Lecturer and Assistant Professor in the Department of Sociology, Anthropology, and Social Work, respectively. That Symposium, titled, “Transnational Adoption: Different Experiences of Motherhood” will focus on the complexity of transnational adoptions, paying special attention to the people directly affected and their varying perspectives. 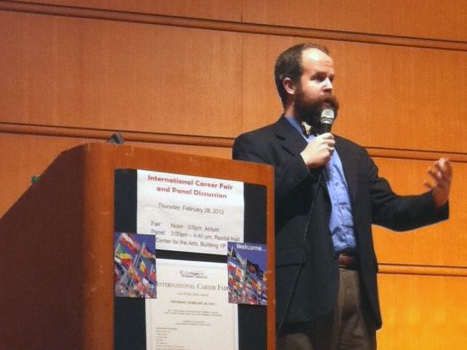 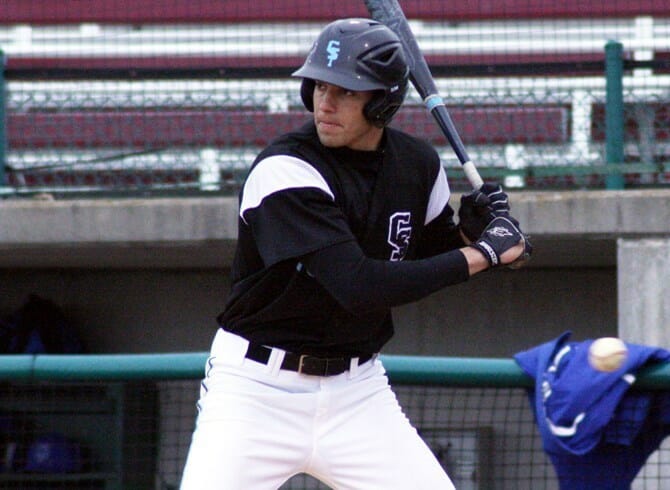 Support in the Midst of Crisis: How the CSI Counseling Center Has Continued Serving Students Online