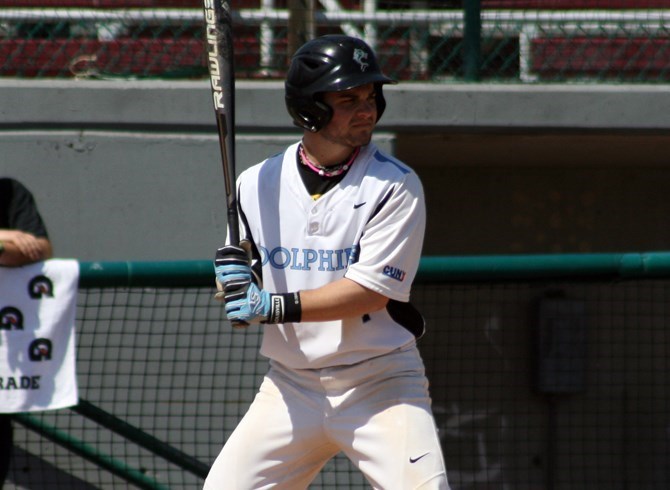 The College of Staten Island took on the Cardinals of St. John Fisher College in a non-conference doubleheader today at the Tomas D. Morales Field. The Cardinals were able to sweep the Dolphins, 19-2, and 9-3. With the wins the Cardinals improved to 18-2, while the Dolphins fell to 13-10 on the season.

In the opener, It was all Cardinals, as the visitors broke open the game with 15 runs in the final three innings. Before that, St. John Fisher opened up a 4-0 lead before CSi would get on the scoreboard, giving starter Justin D’Amato ood run support and a nice cushion. A Brad Rush sac fly did the honors in the pening stanza against CSI starter Ryan Kennedy, and in the third, three runs came across, sparked by a Chris Roeder RBI-double and Rush single that would score Roeder.

The Dolphins got a run back in the fourth thanks to a Chris Ramanauskas sac fly, scoring John Bagg, who led off with a walk and was moved over to third base on a Joe Palmeri double. Going into the fifth inning, CSi was down, 4-1, but then the Cardinals busted the game open.

A Nick Flemister two-RBI double was the highlight of a four run fifth inning, and a Mike Roman RBI-triple was the highlight in the middle of another four-run explosion in the sixth. CSI reliever Dan Newman could not survive the final frame, as the Cardinals sent up 11 batters in a seven-run, five-hit, seventh inning that also became bogged down with a pair of CSI errors. A Tom Kline two-RBI double did some of the damage.

In game two the Dolphins fell short yet again. Josh Bernstein started on the mound for CSI and looked promising in the beginning of the game as he was able to strike out the first batter and make the next two batters ground out. Unfortunately, the Dolphins’ bats were a bit sluggish today and weren’t able to give Berstein any support.

The Cardinals would not stay quiet for long as they exploded for six runs in the second inning as a costly throwing error continued the inning. A double through the left side with bases loaded drove in three unearned runs for the Cardinals.

CSI would do their best to try and close the gap and would go on to score two runs in the fourth and one in the sixth but were unable to get into a rhythm on the offensive side.

The Dolphins will be back in action on April 15, at 5pm against Mt. St. Mary’s at the Tomas D. Morales Field.