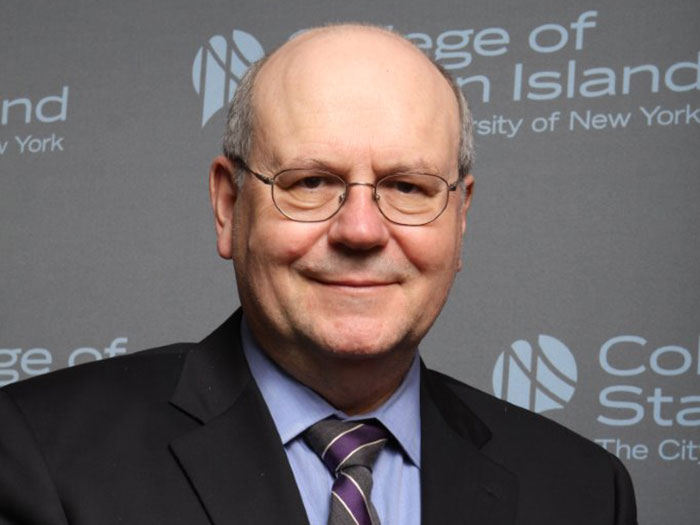 The Board of Trustees of The City University of New York today appointed Dr. William J. Fritz, an internationally renowned field geologist, as President of the College of Staten Island. Dr. Fritz has been serving as Interim President of the College since August 2012. Interim Chancellor William P. Kelly recommended Dr. Fritz to the Board, which gave its unanimous approval.

Board of Trustees Chairperson Benno Schmidt said: “Dr. William J. Fritz is an outstanding administrator, prominent scholar and researcher with an impressive track record of collaboration with faculty and a commitment to student success. He has demonstrated exemplary leadership at the College of Staten Island.  He believes deeply in the College’s mission of offering its students access to a high quality education.  He will continue to bring great distinction to an institution of vital importance to Staten Island, our City and our State.”

Interim Chancellor William P. Kelly said:  “In the two years that Dr. Fritz has served as interim president of CSI, he has set a bright course for the future.  Among many other achievements, he has established a School of Business, School of Education, and a School of Health Sciences. Under his leadership, CSI has opened its first residence halls, has made significant progress with its advancement efforts, and has played a leading role in statewide initiatives such as CUNY 2020 and Start Up NY.  CSI’s profile within the borough and throughout CUNY has been sharpened; the college enjoys warm relations with many external partners.”

Read the full article on the CUNY Newswire at cuny.edu>>