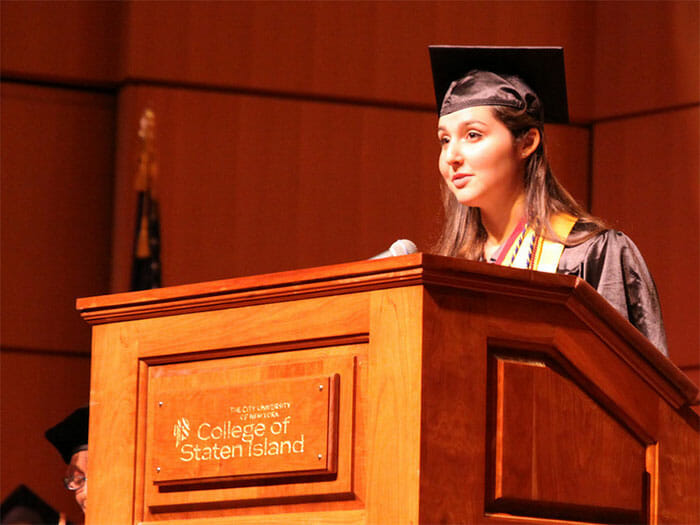 Elizabeth Krawczun  is a Verrazano School student who will receive a Bachelor’s degree in Epidemiology. She has served as a volunteer at the South Beach Psychiatric Center and performed independent research, working on data collection within the infection control department.  In January 2013, she studied abroad through Brooklyn College in a global health program in rural India, and last January, she traveled through the Macaulay Honors College to the Dominican Republic to study health and water sustainability. In Summer 2013, she participated in the CUNY Summer Undergraduate Research Program working under Prof. Heidi Jones, Hunter School of Public Health, studying clinical abortion methods and treatment of female patients across the U.S. and Canada. She has served as President of the CSI Chapter of the National Society of Collegiate Scholars and was a member of the Emerging Leaders program.

Elizabeth has been accepted into two graduate programs in the UK this fall, and will make her final decision to study Epidemiology at Imperial College London or Medical Anthropology at the University of Edinburgh.