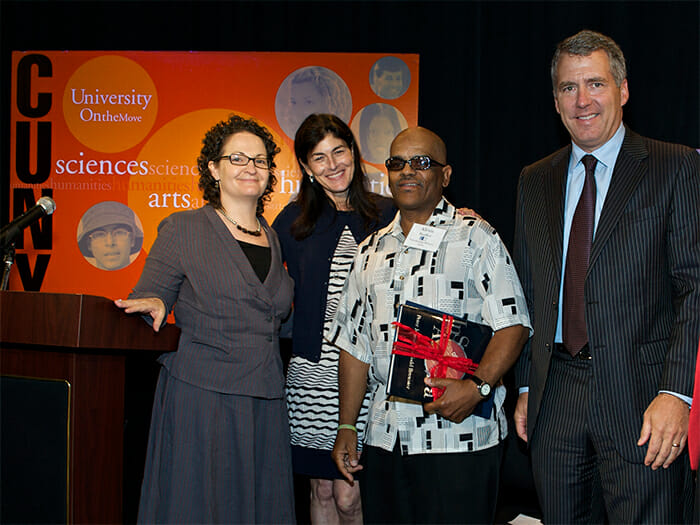 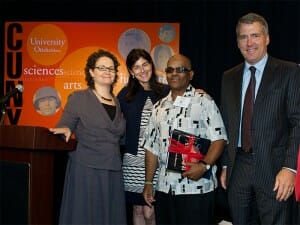 When Alexis Booker first enrolled in the College of Staten Island’s adult education program to earn a General Equivalency (GED) Diploma, little did he expect that a few years later he would be standing on stage next to nine others at the 12th Annual Peter Jennings Scholarship Laurel Award ceremony held at The City University of New York (CUNY)’s Graduate Center.

The June 2014 event, held to honor students who graduate from CUNY’s Adult Literacy/GED programs, awarded $1,500 scholarships to Booker and nine others who have successfully earned their GED and have enrolled at a CUNY college.

The funding for this important program was made possible by the generous contributions from the Peter Jennings Foundation, named after the anchor of ABC TV’s World News Tonight who died in 2005 at age 67.

It was in 2003 when Jennings was awarded the CUNY Chancellor’s Medal for his extraordinary achievements in journalism and his contributions as a role model and catalyst for a better-informer citizenry.  Jennings took a strong interest in CUNY’s Adult Literacy/GED Program and spoke passionately about its mission. More than 100 GED graduates have launched their academic careers at CUNY with the help of the Peter Jennings Scholarships.

The scholarships, supported by his widow, Kayce Freed Jennings, are funded through the generosity of the Abernathy MacGregor Group and the Peter Jennings Foundation.

The ceremony was moderated by Jay Hershenson, CUNY Senior Vice Chancellor for University Relations and Secretary of the Board with remarks by CUNY Chancellor James B. Milliken and a Keynote Address by Manhattan Borough President The Honorable Gale Brewer.

Suri Duitch, CUNY Dean for Continuing Education and Deputy to the Senior University Dean for Academic Affairs, who, along Kayce Freed Jennings, introduced the scholarship recipients. Duitch told the attendees the story of how Alexis, who lost his mother when he was eight and became a father when he was 18, became motivated to go to school.

“After many years of working and wondering how his life would have been different had he stayed in school, he happened to overhear a conversation between a mother and son, the other encouraging her son to go back to school,” Duitch said. “Alexis decided to take her advice and enrolled in an High School Equivalency (HSE) class at College of Staten Island’s Adult Learning Center. He felt fearful about comprehending the work and competing with a younger generation, but he soon got into the rhythm of being a student.”

Dean Duitch also addressed Booker’s “gift for writing and willingness to be open to criticism,” adding, “Alexis also became the scribe for a disabled classmate who couldn’t take notes in class and the two became close friends.”

Alexis Booker is now a proud freshman at CSI where he plans to major in Journalism and Communications, and to someday write short stories and children’s books. 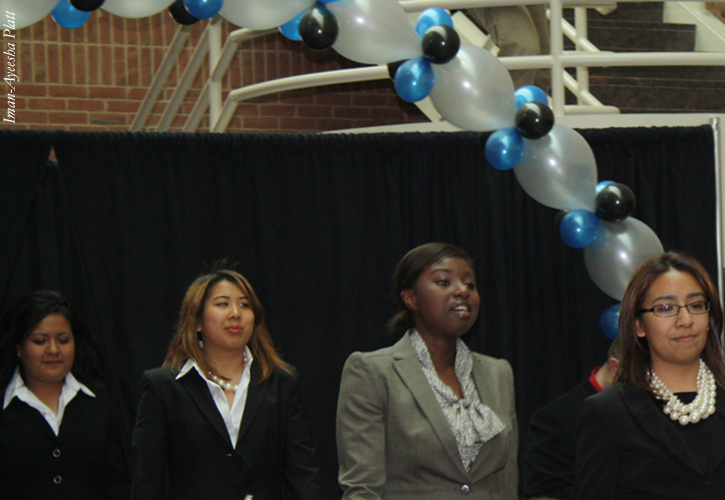 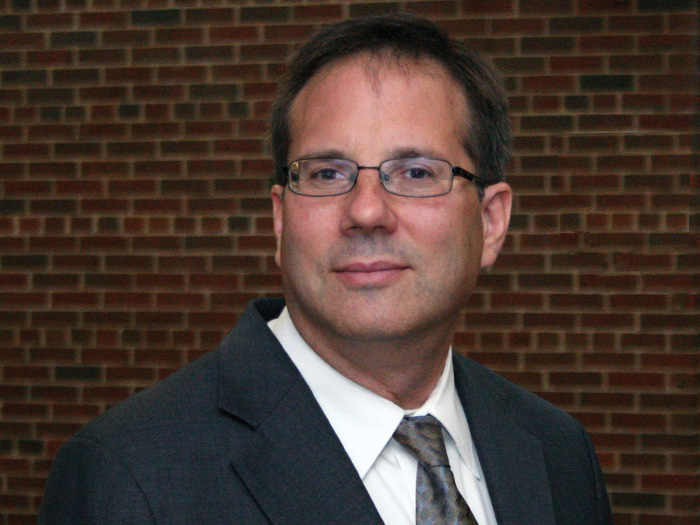 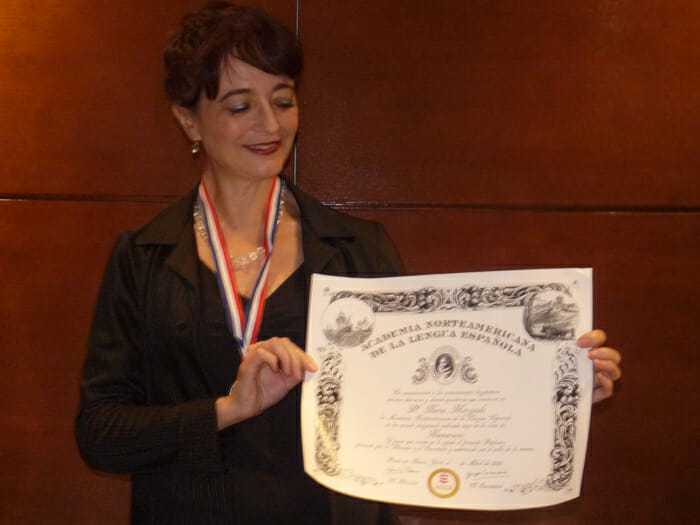 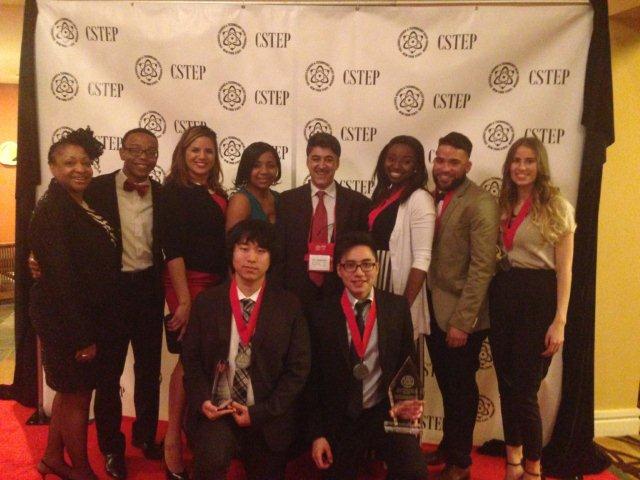