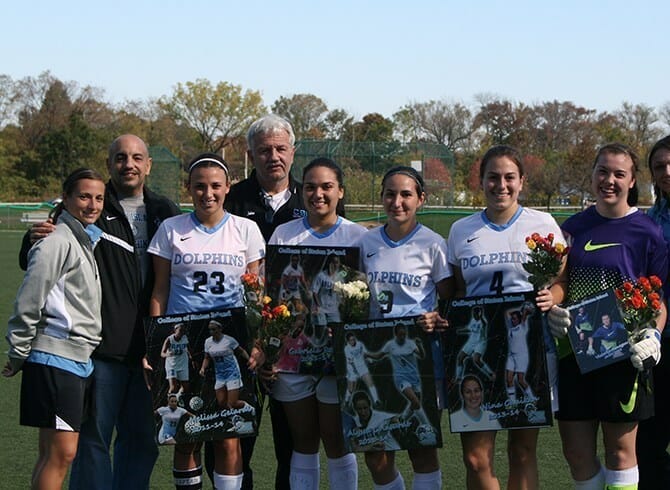 The College of Staten Island women’s soccer team was finally able to end their winless streak, as they were able to find the back of the net three times against John Jay College.  CSI improved to 7-7-2 overall on the season, while the Bloodhounds fell to 3-13 overall.

On an characteristically warm sunny day the Dolphins were able to regain their winning form on senior day here at the CSI Soccer Complex.  CSI was able to dominate early as the continually forced the goalie to make save after save.  Junior midfielder Kathryn Dowling was able to score her first goal of the season and break the 0-0 dead lock as she powered one in on a cross to the back post from senior midfielder Melissa Gelardi. Gelardi would have the favor returned to her as she received a through ball from Krysta Percaccio where she was able to line up a shot and bury it far post to put the Dolphins up 2-0.

The woodwork was in favor of John Jay’s goalkeeper today as it prevented three goals from going in which really would have put the game out of reach for the Bloodhounds. Despite their 2-0 lead the Dolphins continued to attack the Bloodhound defense pouring on 17 shots in the first half compared to just 1 for John Jay.

CSI had three corner kicks in the first half while the Bloodhounds were unable to secure a corner kick, and the fouls were equal on both sides as each team had four.  Senior goalkeeper Victoria Donegan did not have to make a save in the first half as John Jay’s lone shot went wide of the target.

The Dolphin offensive onslaught continued in the second half as they were able to uncork 13 more shots with one of them hitting the back of the net.  Freshman forward Stephanie Rivera scored the second goal of her young career on a breakaway which was set up by the goalkeeper Donegan who punted the ball over the defender’s head for the first assist of her career.

CSI will next face off against City College of New York on Saturday, November 1 at 9:30 am, in a non-conference game on Randall’s Island. That game will be the final tune up for the Dolphins before they enter the CUNYAC Postseason Tournament. 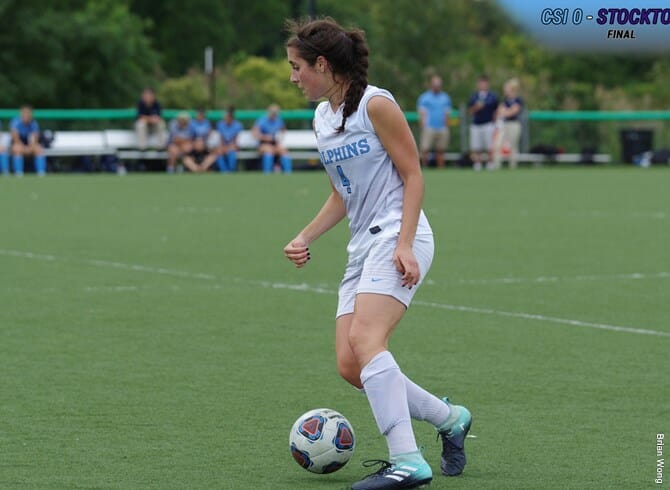 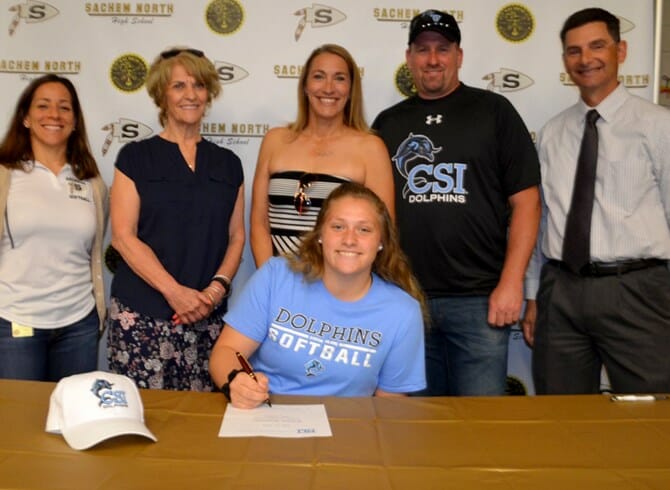 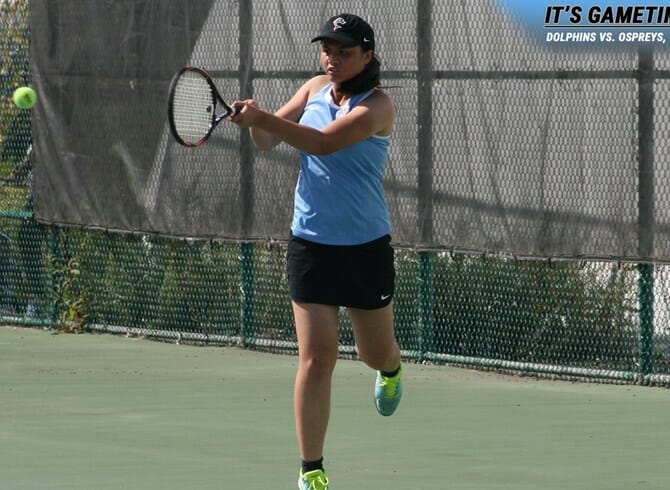