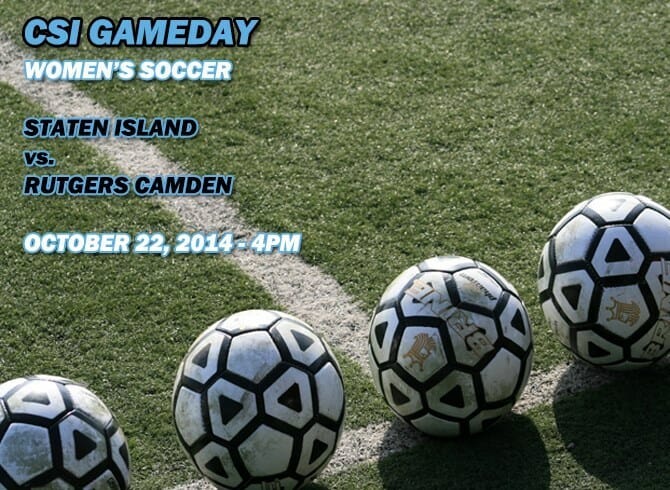 The first and only time these two teams have stepped on the pitch against each other was October 22, 2007 in Camden, NJ. The Dolphins were defeated 3-0 in this meeting however they would go on to become CUNYAC Champions as well as HVWAC Champions that year with a 12-9 overall record.

The Raptors are 1-4 over their last five games which have all come against NJAC opponents.  Rutgers has not faced a CUNYAC opponent this season and they will face the best the CUNYAC has to offer in the Dolphins.  The Raptors currently sit in seventh place in the NJAC with two more conference games remaining and would like to get a win today to increase their confidence heading into their last two games of the season.

The Dolphins are currently sitting in first place atop the CUNYAC standings with a 5-0-1 record after a 0-0 tie with second place Brooklyn College.  CSI has two more games remaining after today before the CUNYAC Postseason Tournament and would like to put together a string of wins heading in.  The Dolphins have not fared well against NJAC opponents this season as they are just 0-2-1, however they will hope to improve upon that record today against the Raptors.