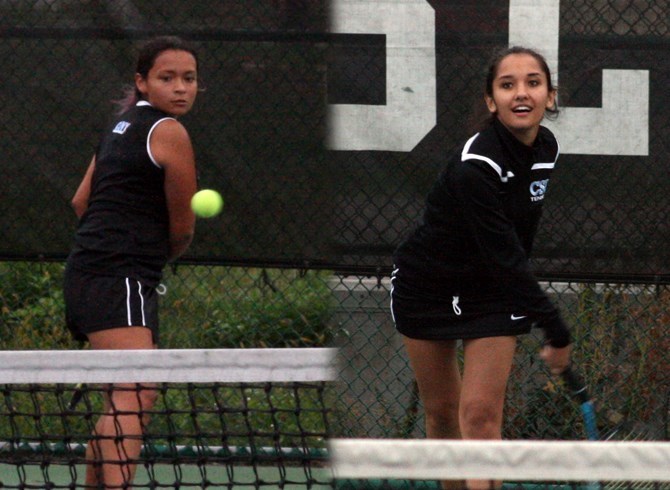 After a very productive week in which the College of Staten Island women’s tennis team scored three victories, the team was honored with a sweep of the City University of New York Athletic Conference weekly honors.  Junior captain Sabrina Bragerton-Nasert was named the conference’s Player of the Week, while freshman Aziza Jurabaeva was cited with Rookie of the Week honors.

Both players were outstanding this week.  Bragerton-Nasert was especially impressive, going a perfect 6-0 in singles and doubles matches.  At the No. 2 singles spot, she conceded only five games over six sets against John Jay College, Baruch College, and St. Joseph’s College (LI).  In doubles play, she teamed up with fellow junior Madiha Mulla, also in the No. 2 position, and won all three times this week, dropping a total of only two games.

For the season, Bragerton-Nasert is posting incredible numbers, leading the way with an 8-1 singles record.  In doubles, she has gone a perfect, 9-0, which includes an 8-0 record with usual partner Mulla.

Freshman Jurabaeva took a little time to get started, dropping her first six singles matches in 2014 after joining the team late in the preseason.  Since then, Jurabaeva has won her last two singles matches, both at the No. 3 positions against the Bloodhounds and Bearcats.  Her match was suspended due to darkness against the SJC Bears.  For the season, Jurabaeva is 2-6 overall and boasts a 3-4 doubles record.

CSI is back in action on Tuesday against York College at 3:30pm.