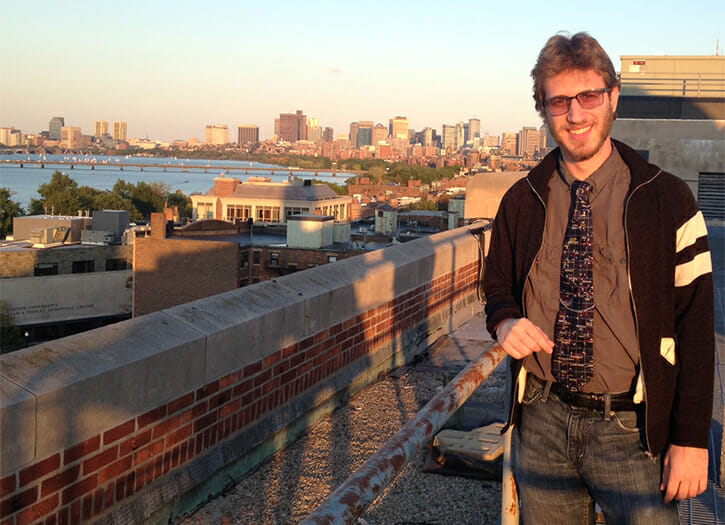 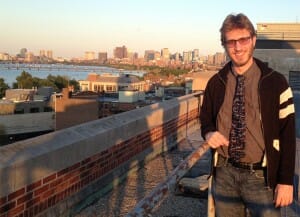 It was clear from his Commencement address that 2012 CSI Salutatorian Daniel Feldman was on the correct track, headed for success in whatever field he chose. During the address, which impressed so much that CSI President Dr. William J. Fritz quoted it during his 2013 Commencement address, Feldman discussed the “Imposter Syndrome.” A term coined by Pauline and Suzanne Imes in 1978, it refers to a phenomenon in which people are unable to believe that they deserve the success they achieve. “Many successful people suffer from this syndrome, many of them most likely in attendance at the Honors Convocation,” he told the attendees. “But they should all be viewing the awards ceremony as proof that you are not an imposter…your attendance here is a testament to your success.” Back then, more than two years ago, it was clear that Feldman was a CSI success story.

Today, Feldman has not failed to live up to these lofty expectations. He is currently in his third year at Boston University working toward a PhD in Astrophysics, studying T-Tauri stars, which are in a stage where they are not yet hot enough to fuse hydrogen in their cores and are surrounded by a disk of gas and dust. Feldman discussed his work with the stars, saying “I’m interested in understanding the evolution of the disk’s structure—that is, how dust grains can grow in size by sticking together and eventually, due to increased weight, “settle” to the middle or midplane of the disk, possibly to form planets,” he explained. He went on to discuss the way the research team to which he belongs runs “computer models of how T-Tauri star systems with different properties will look to our telescopes. We can compare them with real observations to infer which properties match those of the stellar system in question. So, for example, how settled is the disk around this star, does it have a gap or hole, etc.?”

This current research will periodically bring him to Arizona, where he will participate in a Boston University collaboration with the Discovery Channel Telescope that will allow him to study the accretion rates of gas that falls onto the star’s surface from the disk. He will be using the data he collects along with previously defined models to determine the properties of the stellar systems he is studying.

The work he is currently performing and his experience as an undergraduate at CSI have prepared him for life beyond academia, once that day comes. Although he still has aspirations to one day become a professor, he is also mindful of other opportunities that may be available to him. Ideally, whatever the choice, he would like to return to New York. “Boston is a very different city from New York—very young.”

As for how he got his start studying astronomy, Feldman claims that he has “always been interested in science—especially astronomy.” It was when he first started out as an undergraduate at CSI and began working with Dr. Charles Liu at the American Museum of Natural History where he began to believe that studying science was the correct course. He also credits Prof. Irving Robbins, Associate Professor of Engineering Science and Physics, and Director of the CSI Astrophysical Observatory, and Dr. Emily Rice, Assistant Professor of Engineering Science and Physics, with furthering his scientific aspirations.

Dr. Rice, one of his mentors at CSI, called Feldman an “honestly curious student” who was very easy going and just wanted to naturally study and understand. “He was a very versatile student—quick to learn new things.” This is proven by his other love, musical theater. He says that whenever he gets the opportunity, he assists at the Saint Clare Musical Theater in Staten Island. While most people would wonder how a scientist could also have musical talents, Feldman says that “art and science are not as different as you would think. They both require study and for you to think critically about the work you are performing.” He called it “similar to analyzing a problem in physics.”

Dr. Rice also stressed that he is a very “self-deprecating person—almost to a fault” and explained that Feldman wrote a blog as an undergraduate explaining scientific matters to his non-science-major classmates. She also wanted to talk about him passing his PhD qualifying exam during his first year at BU—something that she calls “not very common.”

Feldman also stressed how important it was for him and for other students to participate in STEM field studies, even if they are not training to become scientists or researchers. “I think the real importance is more for educating those who do not want to be involved in the STEM fields,” he explained. “Many issues in our country require some base level of scientific knowledge, for example, a politician examining climate change.”

Dr. Rice concurred, “The majority of scientific research is paid for by taxpayers,” explaining why it is worth it for even non-scientists to have at least basic training in STEM fields. She is also passionate about leveling the playing field for women and other traditionally underrepresented segments of our community to have a stronger voice in the scientific community.

Both Feldman and Dr. Rice are passionate about the role that science can have in our lives and they believe that science is not some “esoteric, intractable thing but that, in fact, the opposite is true. We are born curious” said Dr. Rice. “Our understanding of the universe is growing every day and it shouldn’t take an astrophysicist to appreciate that.” 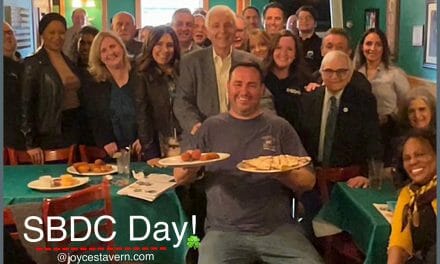