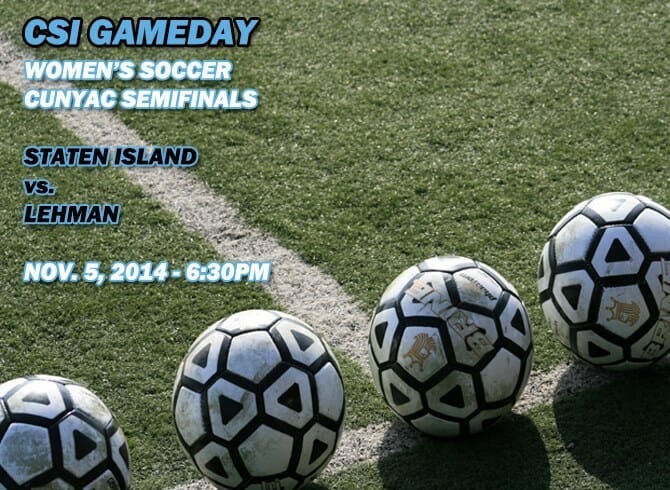 The College of Staten Island women’s soccer team takes to the road today to take on Lehman College in the CUNYAC Semifinals match at Brooklyn College tonight at 6:30pm.  The last meeting between these two teams saw the Dolphins emerge victorious by a 2-1 score at the CSI Soccer Complex.

CSI is 3-0 all-time over the Lightning and have scored a total of 13 goals to just one for Lehman.  The Dolphins will go into this game feeling confident as history is on their side.  The women are 4-0 in semifinal match-ups with their closest game coming in the 2010 semifinal against CCNY where CSI won by a slim 1-0 margin.  As being undefeated in semifinal play isn’t dominant enough, the women have never conceded a goal in the semifinals.

The Dolphins are coming off three day’s rest after beating CCNY 5-0 on Saturday.  The women went undefeated in the CUNYAC for the fourth straight year and will look to move onto the championship game and win their first CUNYAC title since the 2011 season where they defeated John Jay College 4-2 in penalty kicks.