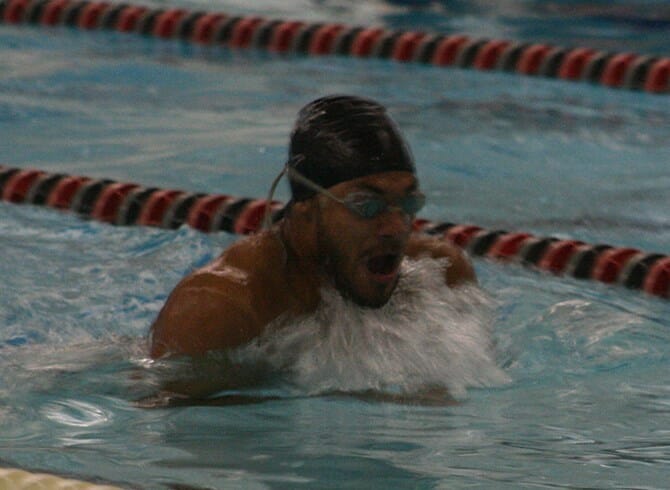 The College of Staten Island men’s and women’s swimming & diving team took on William Paterson University tonight in a non-conference swim meet at the CSI Sports & Rec Center in Staten Island, NY.  Both the men and the women from Staten Island were unable to bounce back from their loss against Baruch College as the men fell 126-96, while the women fell 129-72.

On the women’s side Ewa Wojciechowska was the only woman on the CSI side to place first in an event tonight in fact she was able to place first in two of her three events. Wojciechowska took the 50 yard Freestyle with a time of 26.57 which earned her team a much needed 9 points. She was then able to take the 100 yard Freestyle with a time of 57.76 beating her opponent by .83 seconds.

Stephanie Collyer took second place in the women’s 1 meter dive with a score of 178.55 just 10 points shy of first place.

The men were led by sophomore Timothy Sweeney as he placed first in two of his three events starting with the 200 yard Freestyle where he confidently beat his opponent with 11 seconds to spare. With a time 1:48.32 in the 200 Free Sweeney set a new school record and etched his name into the record books.  He was determined to take another first place finish and he was able to do just that.  The butterfly is Sweeney’s best race and he crushed his competition by coming in with a time of 1:58.27 and incredible 16 seconds before the next finisher.

The Dolphins are back in action on Friday, November 21 where they will travel to take on CUNYAC rivals John Jay College at 6:00 pm.