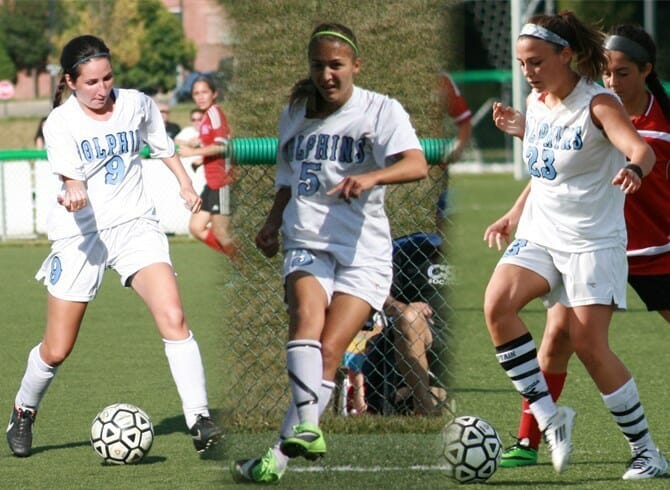 The College of Staten Island women’s soccer team once again shined bright with their fair share of postseason honors from the City University of New York Athletic Conference.  A total of seven Dolphins were spotlighted in 2014, led by first-team all-star citations for seniors Melissa Gelardi and Alyssa Colasurdo and junior Danielle Alexandrini.  Senior goalkeeper Victoria Donegan was named to the second-team, along with juniors Danielle Smith and Kyrsta Percaccio.  Senior Gabriela Romero was named to the conference’s All-Sportsmanship team, the first time the CUNYAC has acknowledged the distinction.

A force for four seasons, Gelardi highlights the CSI bunch, as she placed among the nation’s leaders in assists with 15, easily leading the team.  The senior captain also found her goal-scoring groove late in the year, pouring in five goals over CSI’s last eight games.  She led the team this season in shots taken with 62, and scored the game-winner in a 1-0 win over CCNY during the regular season.  CSI’s other goal-scoring dynamo on CUNYAC’s first-team was Alexandrini, who scored six times this season, which included a hat trick against CCNY in a 5-0 win on November 1.  Alexandrini also added three assists and 26 shots, good for sixth on the squad.

A force on the back line, Colasurdo was a shutdown defender for the Dolphins this season making all 19 starts for the team, Her back-line mate, Percaccio caught on with the second-team.  Percaccio also made 19 starts, registering a lone assist.  After sidelined all of last year due to injury, junior Danielle Smith posted an exceptional 2014 campaign.  The defender turned midfielder led CSI with eight goals and tied for second with 3 assists.  Her 38 shots were second on the unit, while her three game-winners led all.  Finally, in a stellar close to her career, Victoria Donegan impressed between the pipes.  The senior posted a 7-6-2 record with a phenomenal .848 save percentage and a minuscule 1.21 goals against average, making 95 saves overall.

Sportsmanship is something the CUNYAC prides itself in, and no one on the roster has displayed it over the past four seasons than Romero, who earned the distinction to the CUNYAC All-Sportsmanship team for the first time ever, as voted on by the CUNYAC coaches.  Apart from her grace on and off the pitch, Romero registered two goals this season on 28 shots.

CSI will next play on Wednesday, November 12, as part of the ECAC Metro NY/NJ Postseason Tournament.  As the No. 6 seed in the eight-team field, CSI will host No. 3 The Sage Colleges at 2pm at the CSI Soccer Complex. 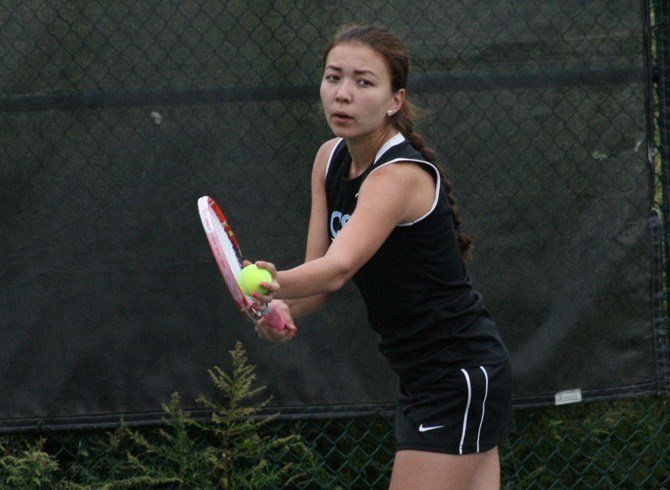