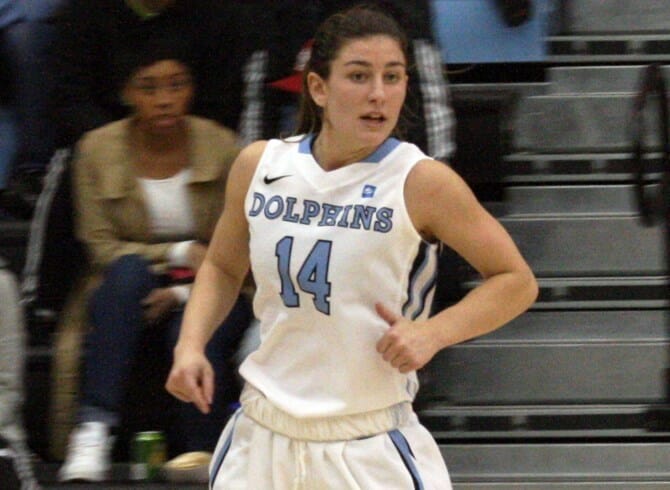 After a lone victory to highlight the week that was, the College of Staten Island women’s basketball team collected a pair of weekly honors, as Victoria Crea won Player of the Week honors while Christina Pasaturo bagged her third consecutive Rookie of the Week honor from the City University of New York Athletic Conference.  The Dolphins downed Hunter College in their only contest last week at the Sports & Recreation Center, 62-44.

Crea was the centerpiece of the Dolphins’ attack last Tuesday, leading squad with a season-high 21 points on 9-17 shooting from the field.  The spree included a 3-6 clip from behind the arc, and included a tie for the team lead in rebounds with 10.  Crea also led the squad with a pair of steals, as the Dolphins forced 16 HC turnovers and held the Hawks to a chilly 18-64 from the field, good for just 28%.

Crea’s season point output is surpassed only by Pasaturo, who leads the Dolphins with an average of 14.8 points per game.  On Tuesday, the freshman kept pace with a 15-point, six-rebound performance in CSI’s conference opener.  Pasaturo added five assists in the game and a pair of steals against just a single turnover.  Like Crea, she tossed in a trio of three-pointers on six attempts.

CSI is currently on a modest two-game winning streak, lifting their overall mark to 3-3 (1-0 CUNYAC).  They next play on Wednesday, when they host Western Connecticut State University at the Sports & Recreation Center for a 7pm tilt.