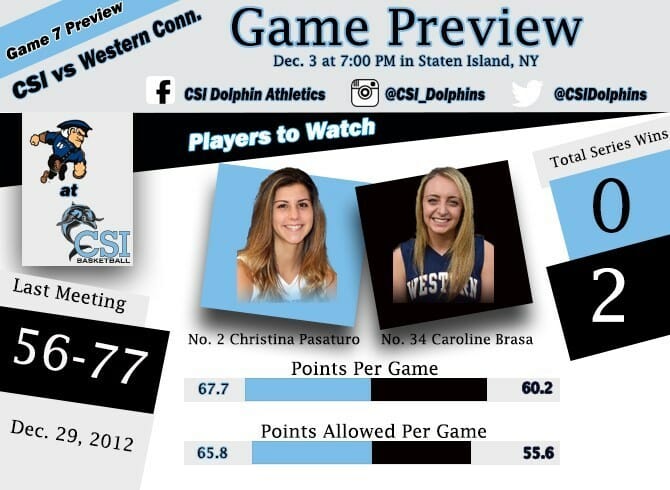 Western Connecticut, winners of four straight, come into tonight’s game with a 4-1 overall record while averaging 60 points per game.  Senior Guard, Caroline Brasa, is leading the team in scoring as she averages 19 points per game while grabbing 9 rebounds. The Colonial defense has been solid so far this season as they are holding opponents to 56 points per game.

The Dolphins come into tonight’s game coming off of a CUNYAC win against Hunter College 62-44.  CSI has won two in a row improving their record to 3-3 overall and are feeling confident coming into tonight’s matchup.  Freshman guard, Christina Pasaturo, is leading the Dolphins in scoring as she averaging 15 points per game on 48% shooting from the floor.  Senior guard, Nikki Fabozzi, will limit the Colonials second chance opportunities as she will look to protect her glass with 7 rebounds per game. 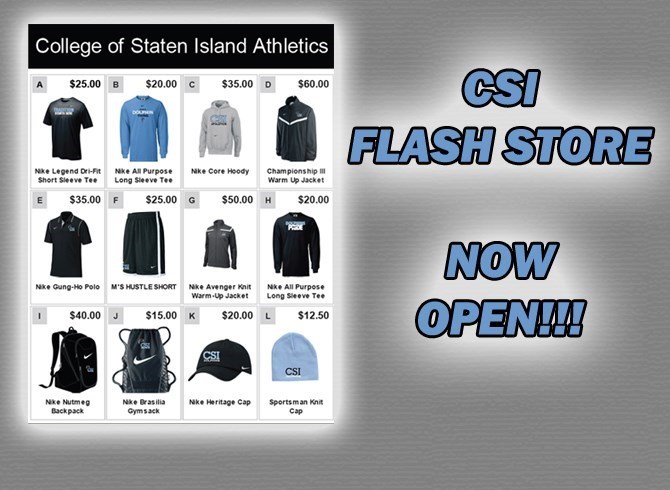 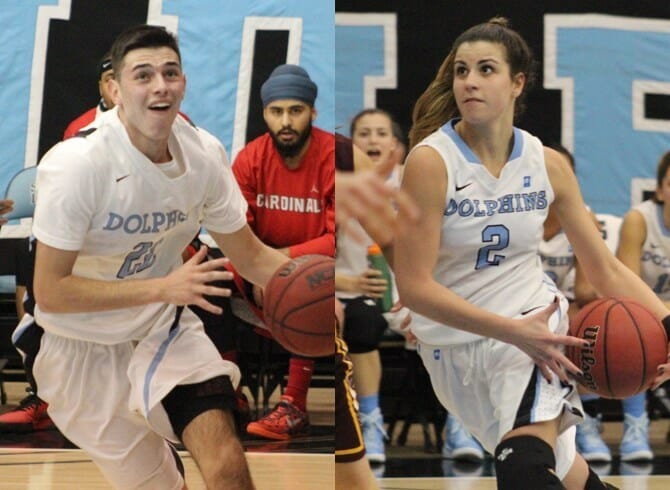