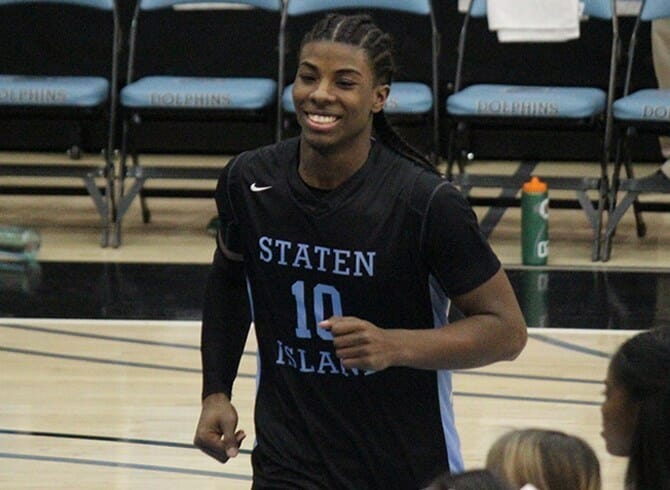 The College of Staten Island men’s basketball squad has enjoyed a recent run of tremendous success, and head coach Tony Petosa and his squad are looking for a continued run through 2015-16 with similar fate. The two-time defending ECAC Metro champs have released their 2015-16 slate, and the competition promises to be feverish beginning in mid-November and extending through late-February.

The season officially tips off for the Dolphins in Pomona, NJ, when CSI visits Stockton University on November 17, at 7pm. It starts a seven-game road slate to start the season. In the middle of that will be a trip to Worcester, Massachusetts, for the Worcester Polytechnic Institute’s Tip-Off Tournament, where they will draw Colby College on the tournament’s first day on November 20.

CSI’s conference opener comes on November 24 at Hunter College at 7:00pm and after that come arguably the marquee game on the calendar. Following the Thanksgiving holiday the Staten Island Showdown will take play on Saturday, November 28, when CSI travels to nearby Wagner College, to take on the NCAA Division I Seahawks, at 4pm, in an event that will surely be one of Staten Island’s premiere sporting events in 2015.

CSI’s home opener will be on December 5 against powerful Stevens Institute of Technology at 1pm. A few weeks later, CSI will usher in their 14th Annual Tournament of Heroes, a two-day tourney at the Sports & Recreation Center that honors the lives of Scott Davidson, Terrance Aiken, and Tom Hannafin, former Dolphins who perished on 9/11.

Beginning January 3, CSI will play a string of 13 CUNYAC games mixed in with non-conference tests against FDU-Florham on January 7, and Kean University on January 18.

CSI home games are free for all CSI students, faculty, staff, and children under 12, and are PG-CLUE Certified for all students. General admission is $5 per ticket in 2015-16. Many of CSI’s games this season will be broadcast on WSIA, 88.9FM, and live streaming video is available for all home games and many away games via CSI SportsNet at www.csidolphins.com/CSISportsNet.