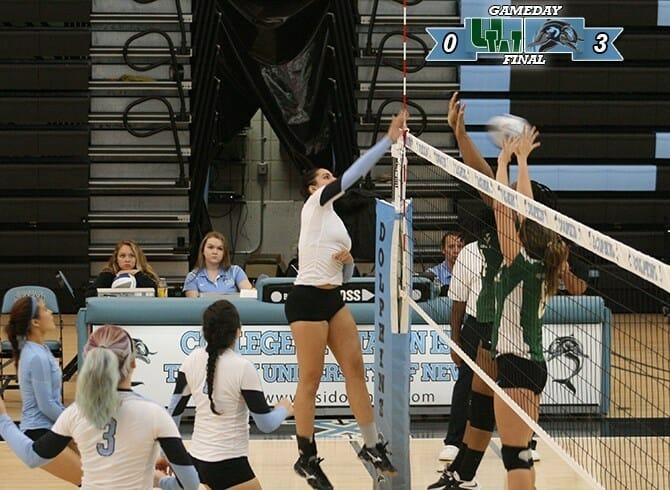 Senior setter Brittany Minondo delivered 25 assists and four service aces while hitting .167 with three kills.  Senior middle hitter Selma Kolenovic had another outstanding performance, hitting .500 with 9 kills and two errors while defending six digs and junior outside hitter added a game high 10 kills at a .350 percentage with one ace.

The Dolphins are back in action on Wedesday, September 23 when they will take on St. Joseph’s College – Long Island at 7:00 pm in Patchogue, NY.