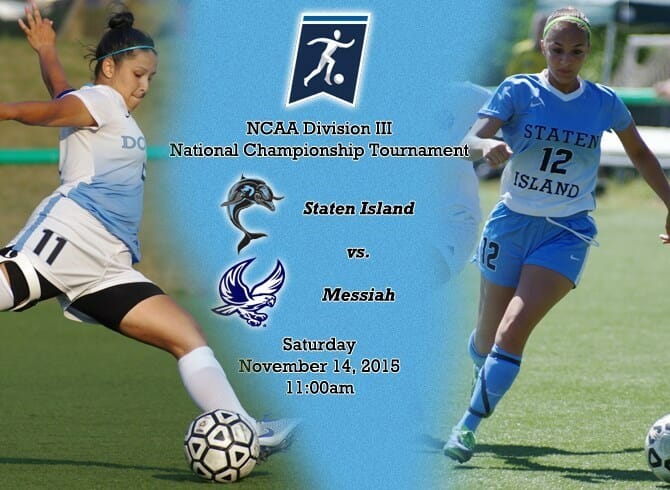 The College of Staten Island women’s soccer team will introduce a new chapter to its program’s history this weekend, when they take part in the 2015 NCAA Division III Women’s Championship Tournament. The Dolphins will travel to Mechanicsville, PA, to take on No .1 Messiah College, perhaps the most seasoned team in the tournament. Game time is 11:00am on Saturday. At 1:30pm, Montclair State University will take on Springfield College, and the two winning sides will play again at Messiah on Sunday afternoon at 1pm.

The teams shared no common opponents in 2015, and the meeting between the two schools will be the first in their history. More information on the tournament will be available in the coming days.