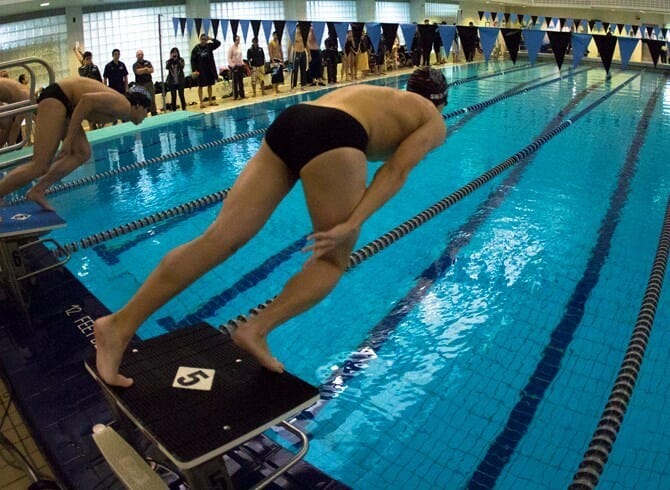 College of Staten Island men’s swimming junior captain Tim Sweeney wrapped up a tremendous weekend at the ECAC Winter Championships at Nassau County Aquatics Center in East Meadow, NY, this afternoon, posting a fourth place finish in his final event of the weekend, and his only event on Sunday.  The race saw him finish with a personal best time in the process, and put the finishes touches on a quality run through the ECAC field.

Sweeney was one of five racers who had posted a sub-two minute seed time in the 200-yard Individual Medley and when it came to the race itself, he did not disappoint, shaving off almost three seconds from his seed time to come in at a personal best 1:55:42.  Sweeney came in fourth overall, but was the top NCAA Division III swimmer in the field.  NCAA Division I’s Scott Quirie from NJIT took the race outright with a time of 1:53.70 followed by Southern Connecticut’s Raymond Cswerko and Pace’s Nianzhong Liu’s 1:54.03, both competing at the Division II level.

Sweeney was the only Dolphin to participate at the ECAC Winter Championship.  The team itself is idle until December 18, when they travel to take on Lehman College for a CUNYAC-tilt, at 6pm.